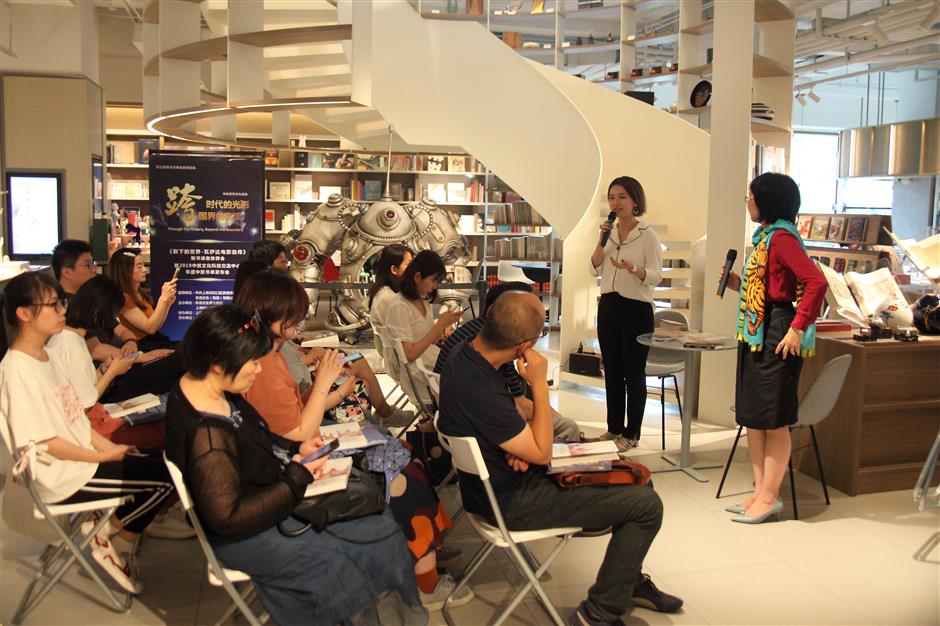 Officials from the Sino-Jewish Culture and Technology Exchange Center release their list of recommended books about Jews and Israel at the Shanghai Sanlian Bookstore in Xintiandi.

Want to know about Jewish culture? Here are five books recommended by the Sino-Jewish Culture and Technology Exchange Center to introduce Jewish culture art and history, civilization and tourism as well as science and technology.

The recommended books include "Jewish Refugees and Shanghai", which features 26 stories about Jews and Shanghainese during World War II.

Most lived in Hongkou and established deep friendships with locals.

As a recipient of an Honorary Oscar and a prominent member of the Polish Film School, Wajda recalls his life story and events such as the Katyn Massacre — when the Soviet Union executed intellectuals and military officers — in the autobiography.

Readers are also recommended to read a history of Jews and their faith written by British historian Martin Gilbert.

All the listed books are available at local Sanlian Bookstores. Buyers of any of the recommended book can receive two tourism maps made by the center about historic sites related to Jewish refugees during World War II and China's early film industry.

The center based in Hongkou District aims to promote Sino-Jewish exchanges in culture, education, science and trade.

Hebrew language schools, Jewish culture lectures and exhibitions of high-tech products from Israeli companies are held regularly at the center.