Houston Rockets basketball superstar James Harden apologized on China's social media for illegally riding a scooter in downtown Shanghai, after he was stopped by traffic police on Saturday.

The 29-year-old NBA player, who is on a promotional tour in China, said on his official Weibo account that he "was just trying to enjoy the city as much as possible."

Pictures and videos circulating online show Harden riding a scooter near the intersection of Yan'an Road M. and Shaanxi Road S. in Jing'an District when he and fellow riders were apparently stopped by a police officer.

One of the videos suggests that Harden was riding against the traffic. 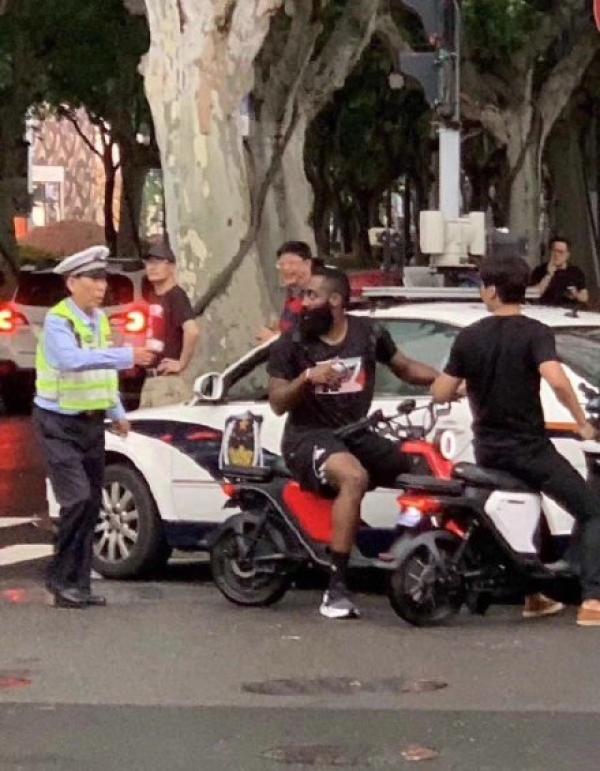 According to the news portal thepaper.cn, Harden was riding a scooter on his way from the Jing’an Shangri-La, West Shanghai, where he was staying, to a promotional event at Caoyang Stadium about 4.4 kilometers away.

After being stopped by the traffic police, Harden returned to his hotel and took a car to the stadium instead, the report said.

Police haven't commented on the reports.