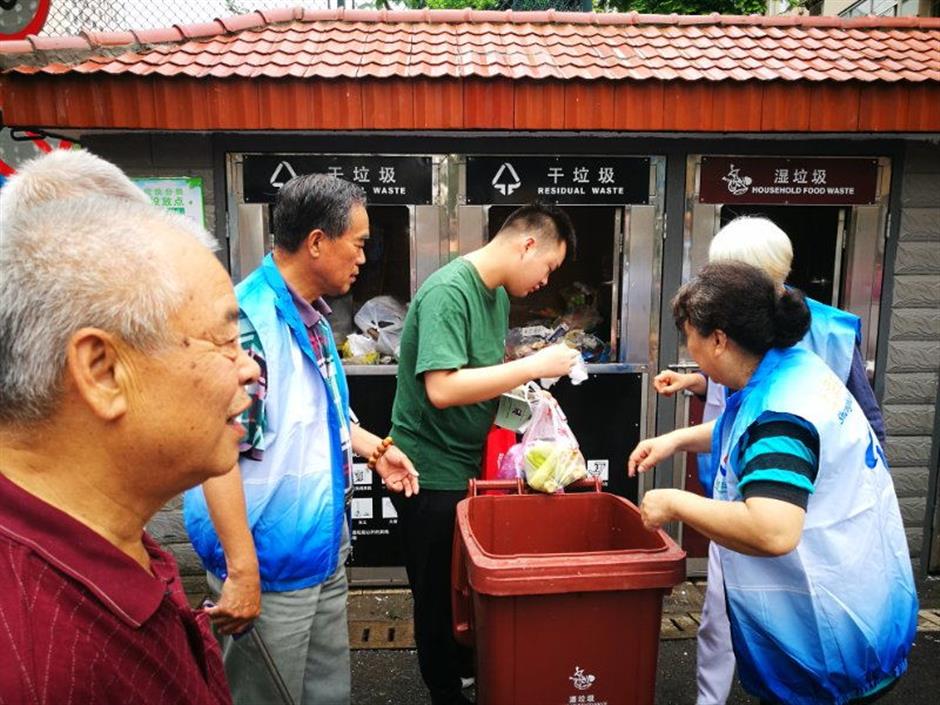 Volunteers guide residents to correctly sort garbage at a community in the Quyang Road Subdistrict.

A woman has been given three days of detention for refusing to sort her garbage and injuring a volunteer after the city's new regulations took effect on July 1, Hongkou police said Tuesday.

The 33-year-old surnamed Ye squeezed the neck of Zhao Suzhen, a female volunteer in the Chiyi Neighborhood of Quyang Road Subdistrict in Hongkou at 7:30pm on July 4, after she asked Ye to correctly classify the kitchen and residual waste according to the regulation.

Zhao passed out and fell to the ground after being choked and threatened by Ye. She was taken to the nearby Yueyang Hospital and released the next day after medical checks.

Zhao suffered slight bruises on the neck and head, according to the Hongkou police. Ye was caught by the police and confessed later the same day.

The 55-year-old Zhao, a retired cleaner, has returned to her volunteer work.

Volunteers like Zhao have been dispatched to all the garbage sites across the subdistrict, which is one of the major old residential communities in downtown. They guide residents to correctly sort trash and abide by the new regulations.

Individuals found mixing wet trash with recyclable or dry trash will be fined 50 yuan (US$6.4) to 100 yuan. For repeat offenders, fines range between 100 and 200 yuan.

First-time violators mixing hazardous waste with the other garbage will be fined 50 to 150 yuan if they refuse to put things right. The fine will rise to 200 yuan if they are spotted skirting requirements for a second or more times and refuse to make improvements. 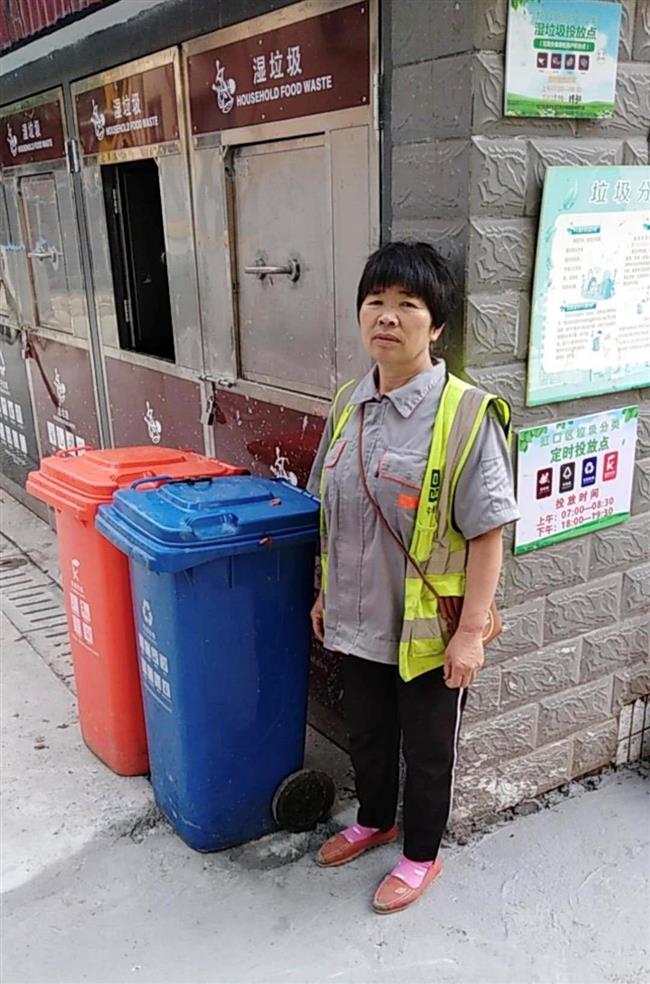 Zhao Suzhen, the female volunteer at the Chiyi Neighborhood who was attacked when trying to persuade a female to sort her garbage correctly