Check, mate! A library for kings, queens, knights and pawns

The Lujiazui Master Lin Chess Library opened in the Pudong New Area on Saturday, coinciding with the International Chess Day and galvanizing the spirits of chess fans from far and wide.

Named after Lin Feng, former coach of the Chinese national chess team, it is the first public library dedicated to strategy board games like chess, go and contract bridge.

Lin is also the honorary curator of the library, located at 102 Rushan Road. He has dedicated himself to chess, writing more than 100 books on the game throughout his 62-year career.

In the runup to the library’s opening, chess lovers donated more than 1,000 chess manuals, journals and books, some of which are rare copies.

Ji Yunqi, a native of Qingdao in Shandong Province, contributed a collection of chess journals published in the 1960s and 1970s in the then Soviet Union. Ji, who has since settled in the US, flew to Shanghai personally to deliver the books.

“I collected them more than 20 years ago, and now they are rare,” said Ji. “I think the library would be a better home for them than my small study.”

Library curator Zhu Liangchao showed Shanghai Daily a chess manual published in 1956, the first of its kind after the founding of the People’s Republic of China. The manual was donated by Chen Yanjun, a chess master from Dalian in Liaoning Province.

Zhu said Chen was thrilled to learn that a chess library would be founded in Shanghai and was anxious to donate his old collection.

“When Chen phoned me in June, he was seriously ill,” said Zhu. “He asked me to go to Dalian to collect the manuals because he was afraid he didn’t have much time left.”

The manual Chen donated is unique because it introduces chess theories in traditional Chinese terms and expressions.

“The manual is a precious resource, reflecting how chess was first introduced and developed in China,” Zhu said.

There are also 36 distinctive chess sets displayed in the library. Some are made of rare materials, and some have fascinating histories.

At the opening ceremony on Saturday morning, a junior chess contest was held, with 150 children taking part.

In the future, the library will host competitions and activities aimed at making it a center for chess lovers across China, Zhu said. 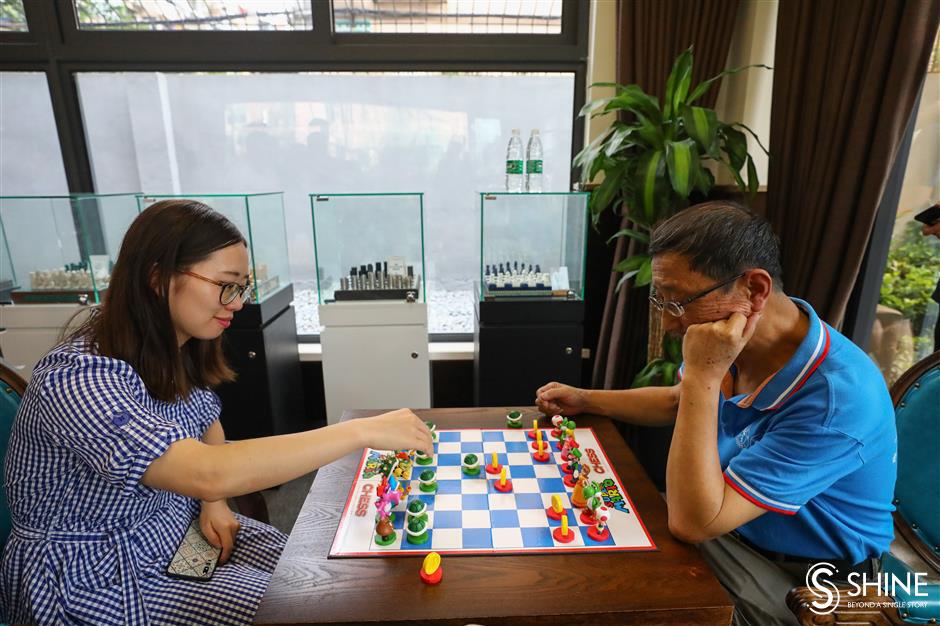 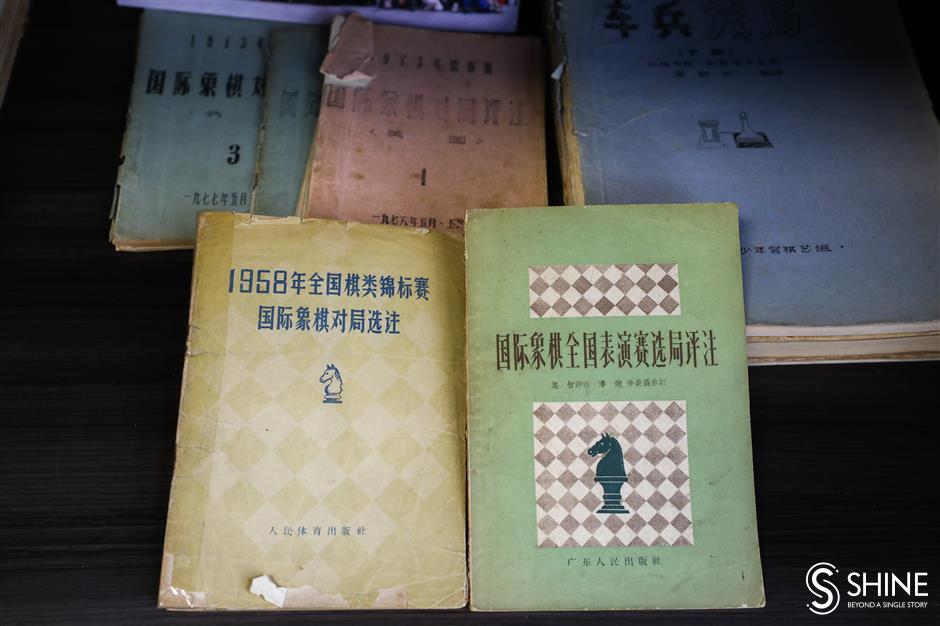 The first chess manuals published after the founding of the People's Republic of China. Chess master Chen Yanjun donated them to the library