Yellow is the new orange in Shanghai rental bike-sharing.

New yellow Meituan Bikes are appearing on the streets as Meituan-Dianping, an online food delivery and on-demand services platform, begins replacing the familiar orange Mobikes after acquiring that company for US$2.7 billion in April 2018.

“The new bikes will charge no deposit,” said an official from Meituan. “The price is the same as other Mobikes.”

The company said it will allocate some 40,000 Meituan Bikes around the city. The new yellow bikes can’t be unlocked by the Mobike app or the Mobike mini program in WeChat.

That means users will have to use the up-to-date Meituan-Dianping app to unlock the new bikes by scanning the QR code on the bikes with the app.

All credits, balances and monthly passes from Mobike will be transferred to the new app as long as users log onto Meituan-Dianping with the same phone number they used to register for Mobike.

Given a city ban on additional shared bikes on the streets, each new Meituan Bike replaces an existing Mobike.

Mobike started its business in Shanghai in April 2016. Eventually, many of the bikes were broken or deserted. Last year, Mobike put some 50,000 new bikes on the streets to replace some of the old ones.

Hong Kong-listed Meituan, backed by Internet giant Tencent, has been struggling with red ink. The company, which also operates grocery, hotel and travel businesses, narrowed its net loss in the first quarter to 1.4 billion yuan (US$204 million), compared with a 21-billion-yuan loss in the same period a year earlier.

The Shanghai Transportation Commission, which has banned additional shared bikes in the city, said about 800,000 shared bikes are sufficient.

Shared bicycles, where riders rent bicycles in one location and deposit them in another, have become all the rage since their debut in the city in 2016. But with proliferating numbers came problems.

By 2017, there were an estimated 1.8 million shared bikes in a rainbow of colors. They were parked or often dumped hither and yon, frequently clogging pedestrian walkways and public areas of residential neighborhoods.

After the commission set a limit on shared bikes that year, the number has dropped to 900,000.

Compared with three years ago, when operators of shared bike companies were battling it out for market shares, only three firms remain in Shanghai: Mobike, ofo and Hellobike.

Ofo is still struggling to return deposits to more than 13 million users across China. The company has reduced its staff in Shanghai, leaving only a few maintenance teams to manage what’s left on the streets.

Hellobikes, on the other hand, are now quite common in the city, despite the fact that the company has never acquired certification to put bikes on streets anywhere outside of Minhang District, where the company is registered.

The Shanghai Transportation Commission said earlier this year that it will work with police and the urban management bureau to draft new rules on shared bikes.

“We will adjust the number of shared bikes of each brand based on the results of assessments of each,” said Xie Feng, head of the commission. “Those who fail twice will be cleared out of Shanghai.” 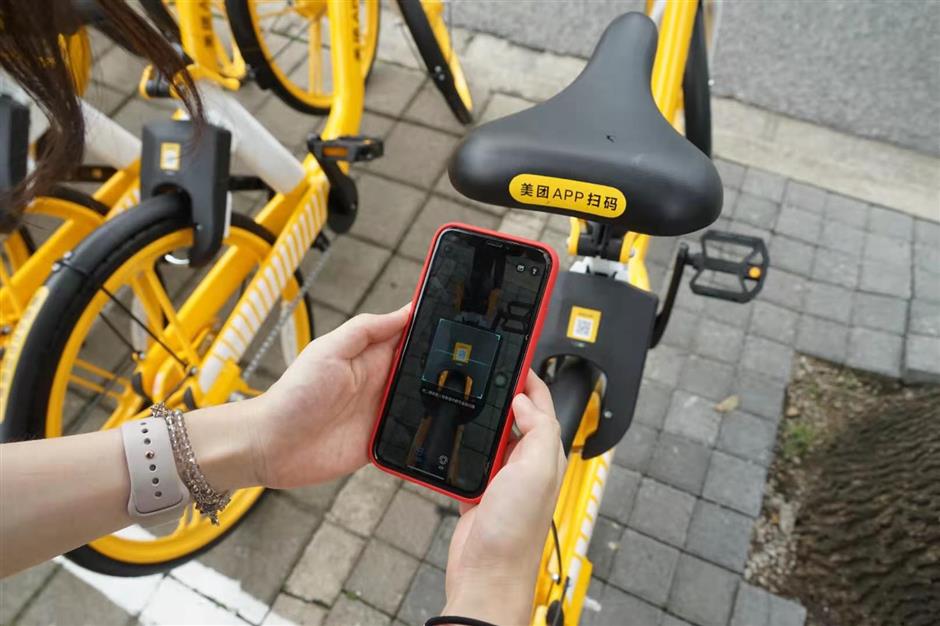