Local couples queue up to wed on Chinese Valentine's Day 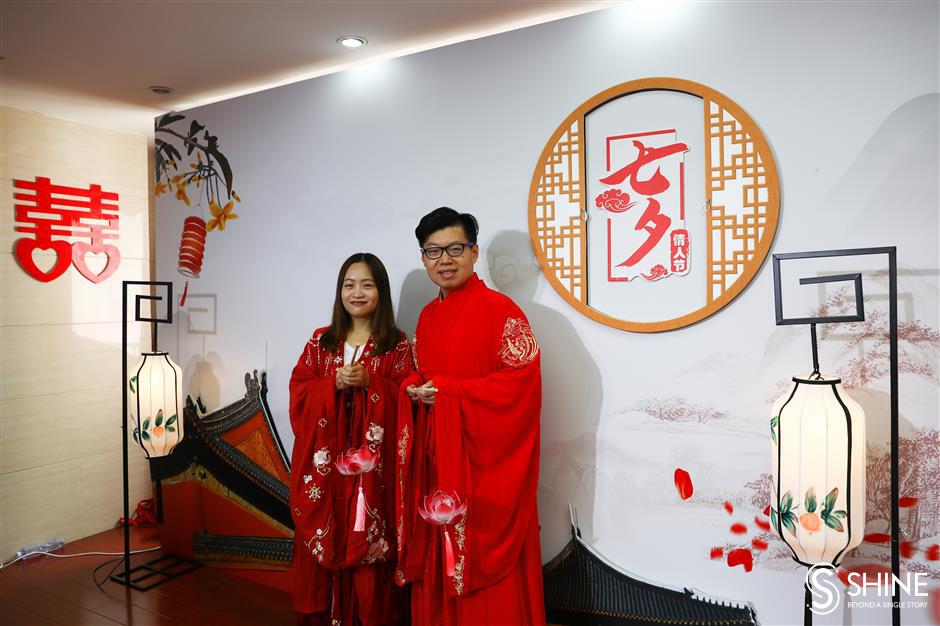 A total of 731 couples got married in the city on Wednesday’s Qixi Festival, or Chinese Valentine’s Day.

The Pudong New Area marriage registration center was the busiest with 156 couples, followed by Minhang (56) and Jinshan (33) districts, according to the Shanghai Civil Affairs Bureau.

The total, including two cross-border marriages, was about double the normal working day average.

"We provided Han-style clothes and props for new couples, and they each can also get a free photo shot here right away," said emcee Chen Wenjia.

"We received more than 30 appointments on the Internet to take part in the ceremony," said Liu Jin, the centre’s deputy director. "The number of people drawing the certificates today is four times that of usual," she said.

Yuan Liangcai and Tu Zhengdong said they made their appointment a month ago.

"Though we have known each other for only half a year, we love each other and want to tie the knot today," they said. "It's an auspicious day and easy to remember."

Chen Wenyi and Ma Kexin, who have been together for three years, also experienced the traditional ceremony, saying it was a meaningful and memorable day for both of them.

"Actually, new couples have many alternative days, and recently more people are willing to tie the knot on the traditional festival compared with Valentine's Day," said Liu.

"So we meet their need and create the atmosphere," she said.

"The figure is slightly more than normal working day. The traditional love festival of China has its allure for Chinese lovebirds," said Guo Tingting, an official at the center.

A total of 1,187 couples tied the knot in Shanghai on the festival last year, August 17.

Apart from Qixi Festival and Valentine's Day, there are other auspicious days favored by Chinese couples for making vows.

Registration centers across Shanghai had a surge of lovebirds on May 20, or 5-20 — which sounds similar to wo ai ni, or "I love you," in Chinese.

A total of 2,697 couples said "I do" at centers across the city on the day this year, even surpassing the figure of 2,273 on Valentine's Day the same year. 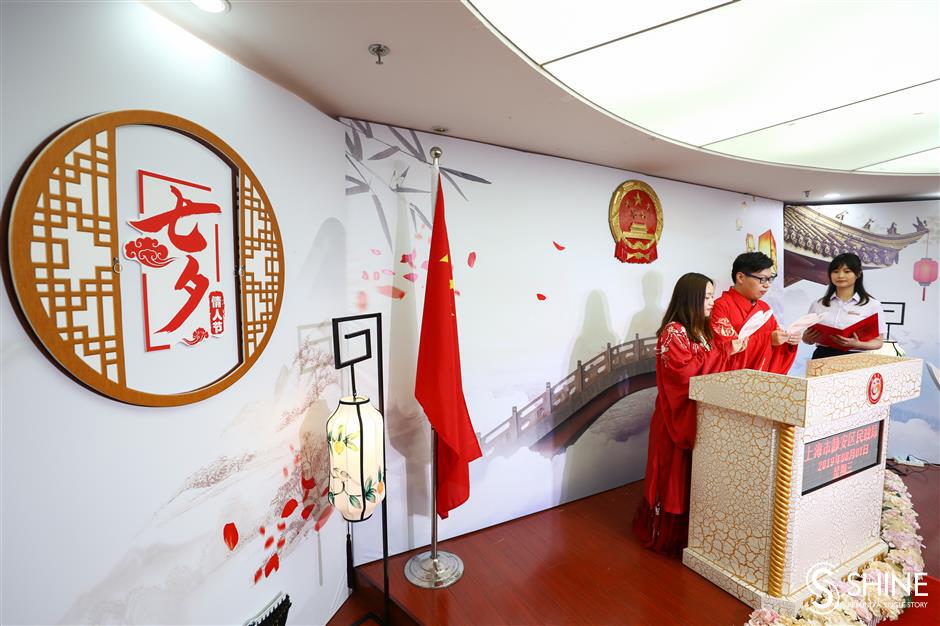 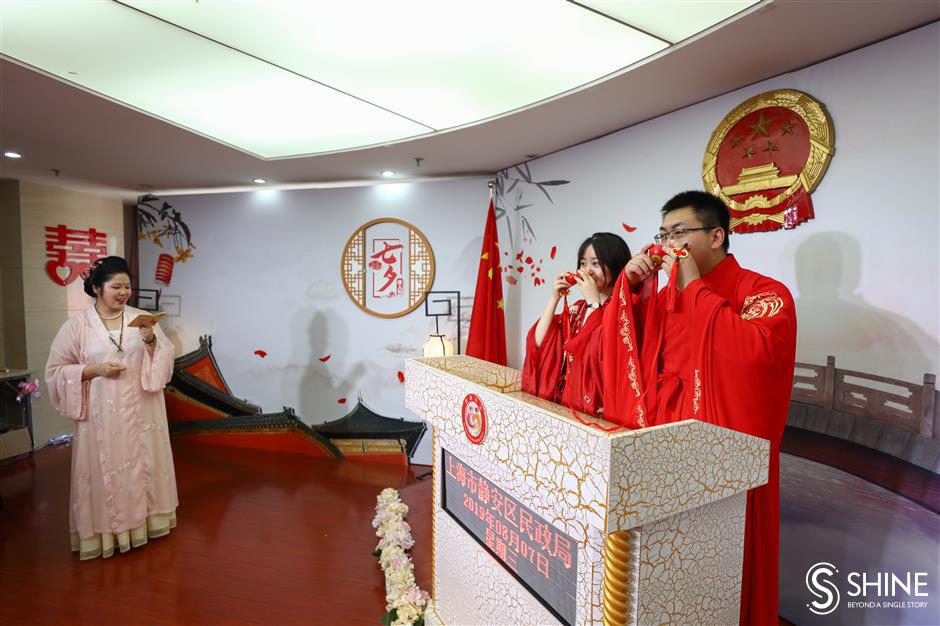