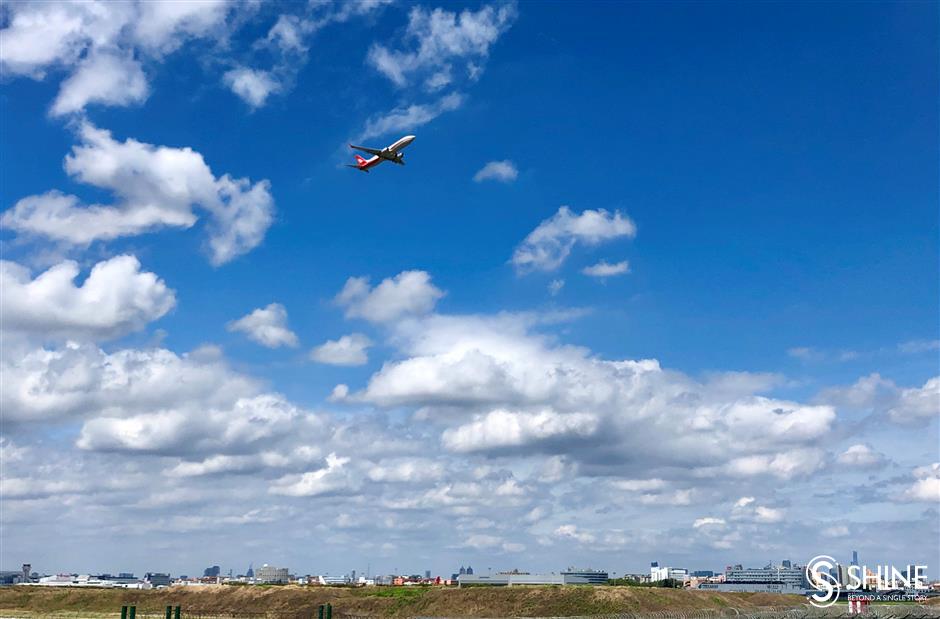 A plane takes off in Hongqiao International Airport on Sunday morning. Two local airports have returned to normal after typhoon Lekima moves away from Shanghai. 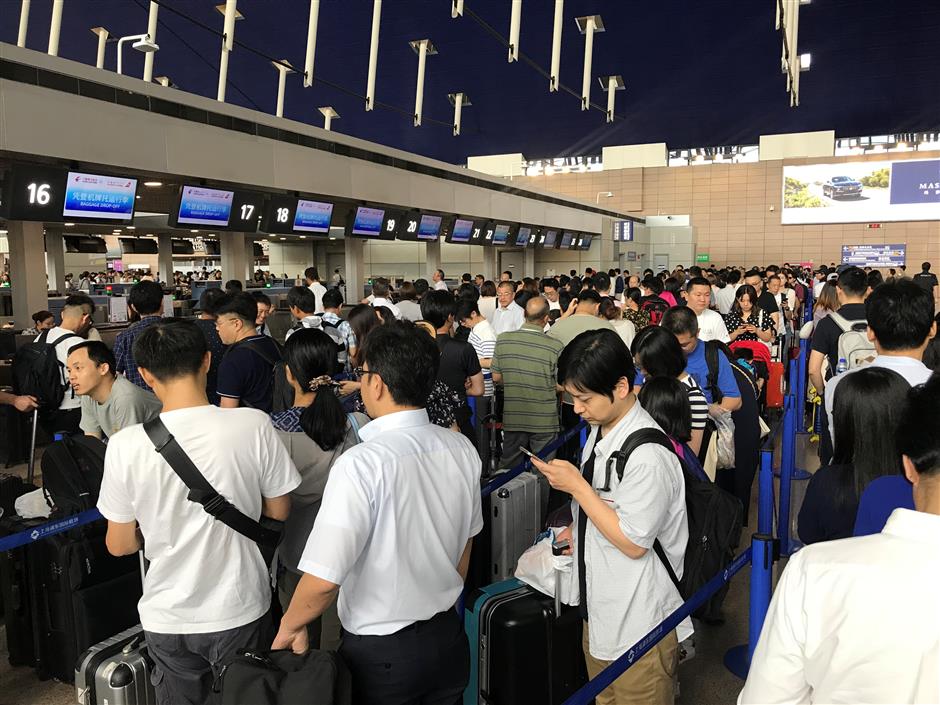 Operations at Shanghai’s two major airports are gradually returning to normal on Sunday after almost 2,000 flights were cancelled due to typhoon Lekima.

As the storm moves northward away from the city, Pudong and Hongqiao international airports are coping with large numbers of stranded passengers.

Lingering gales and rain forced cancellation of 150 domestic and international flights and 150 flight delays at the airports on Sunday morning.

Pudong International Airport is suffering the heaviest problems, with 83 percent of takeoffs and landings delayed by an average two hours as of 10am on Sunday.

Large crowds of passengers are waiting in front of ticket counters to buy available tickets. That is in sharp contrast with the situation on Saturday, when almost all counters were closed and passengers stuck at the airport were milling around vainly watching flight information boards.

"I booked a ticket and rushed to the Pudong airport right after the rain and gales eased," said a local passenger surnamed Zhu.

Her flight, Spring Airlines 9C8577, was scheduled to take off on Saturday to Saga in Japan, but was canceled along with all inbound and outbound flights with the budget carrier. She switched to an available flight to Fukuoka on Sunday.

The airport authority has opened all the security check channels at terminals T1 and T2 at Pudong airport to reduce the waiting times to three minutes, according to the airport.

Hongqiao airport had 62 cancelled flights and 16 delayed flights about 10am. The airport authority lowered a flight delay alert at the airport on Sunday morning.

The city's two airports operated only 100 inbound and outbound flights on Saturday. More than 90 percent of flights were cancelled.

On Saturday, air traffic control issued the top-level red alert for flight delays at both airports, with expected capacity reduced by 70 percent as of 3pm. The alert was lifted early Sunday morning, with capacity reduced to 50 percent.

Shanghai-based China Eastern canceled 815 international and domestic flights at Pudong and Hongqiao airports on Saturday. Additional flights are being operated to take stranded passengers to their destinations. 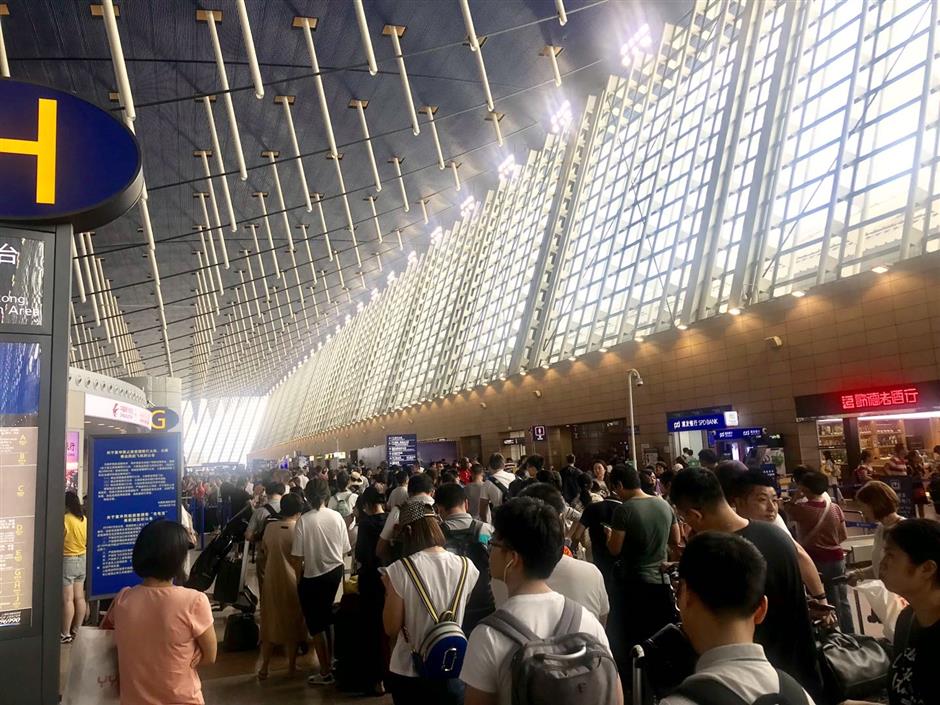 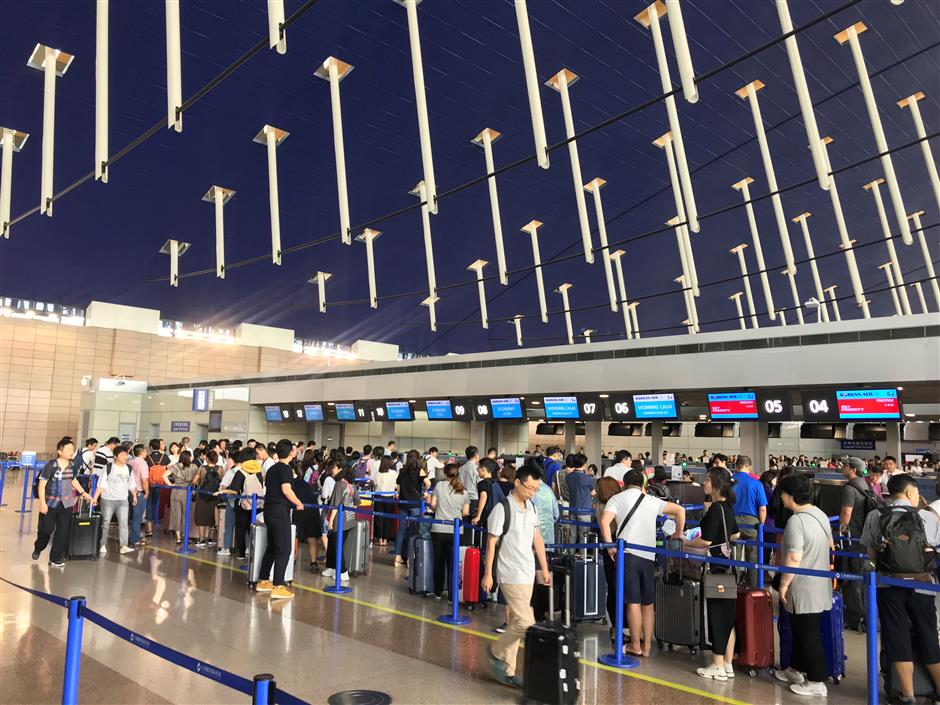 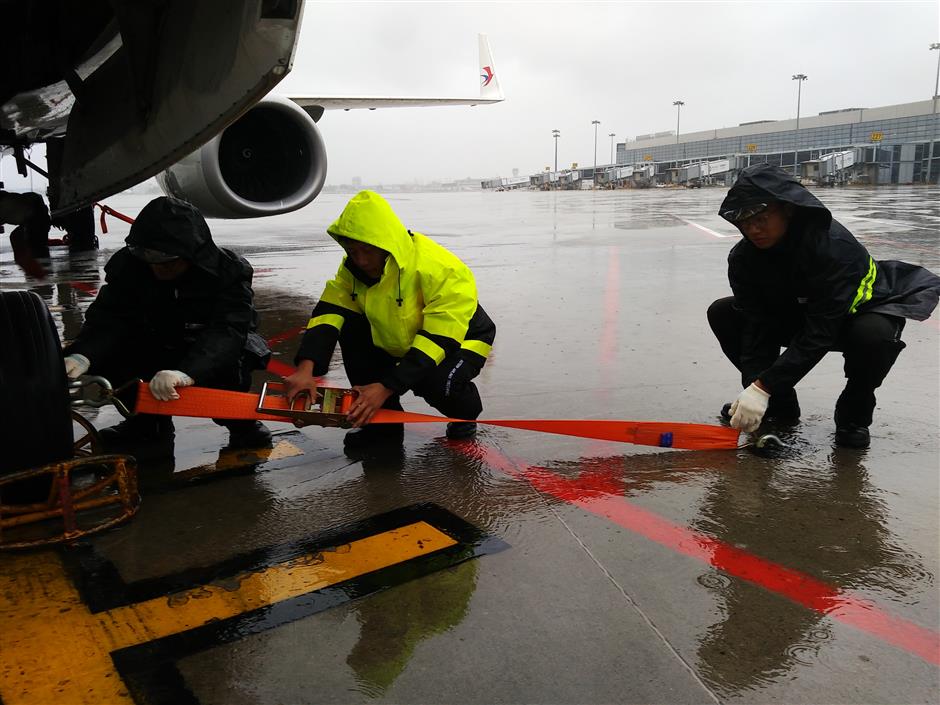 Airport staff stablize an aircraft at the Hongqiao airport on Saturday.