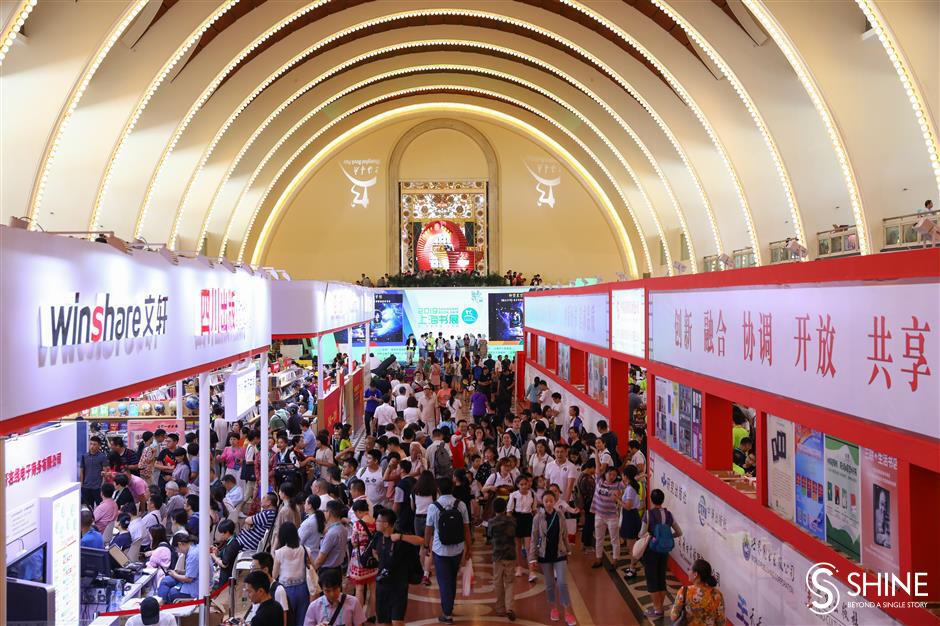 More than 500 new books will debut during the weeklong fair, including e-books and audio books. In addition to the main venue at the Shanghai Exhibition Center, seminars, exhibitions and interactive virtual reality experiences will be hosted at more than 100 venues around the country, including bookstores, shopping malls and hospitals.

“It’s nice to have an occasion like the book fair every year to remind me that I ought to read more, especially when seeing people of different ages queuing up for the book fair,” said sophomore student Wang Lin who came with a few schoolmates early in the morning.

“I came here last year for the first time and it was quite different from what I expected of a book fair. I was reluctant last time because I thought it would just be all books.”

The book fair used to attract bookworms for discounted and new books, but publishers and bookstores are increasingly adding more attractions, from book-related products such as mobile phone cases or postcards to interactive experiences.

Many new books featured at the fair are related to the upcoming 70th birthday of the People’s Republic of China, while writers and publishers have striven to make related stories more vivid and attractive while remaining realistic.

“Many young people are not so familiar with our recent history anymore,” said Liu Tong, whose recent book about the liberation of Shanghai has been well received. “I found very vivid stories recorded by those who fought the battles when I was doing the research. And that’s the kind of material we need.”

He quoted a booklet that he found which instructs soldiers, mostly from remote areas, on how to adapt to the city life such as following traffic lights and where and how to take train.

Participating publishers have brought many Internet novels, which are especially attractive to young readers. A recent report revealed that the number of Chinese people who read works online increased by 14.4 percent in 2018 to 430 million, while nearly 8 million titles were released online last year, up by nearly 50 percent from the previous year, bringing the total number of Internet titles to 24 million. 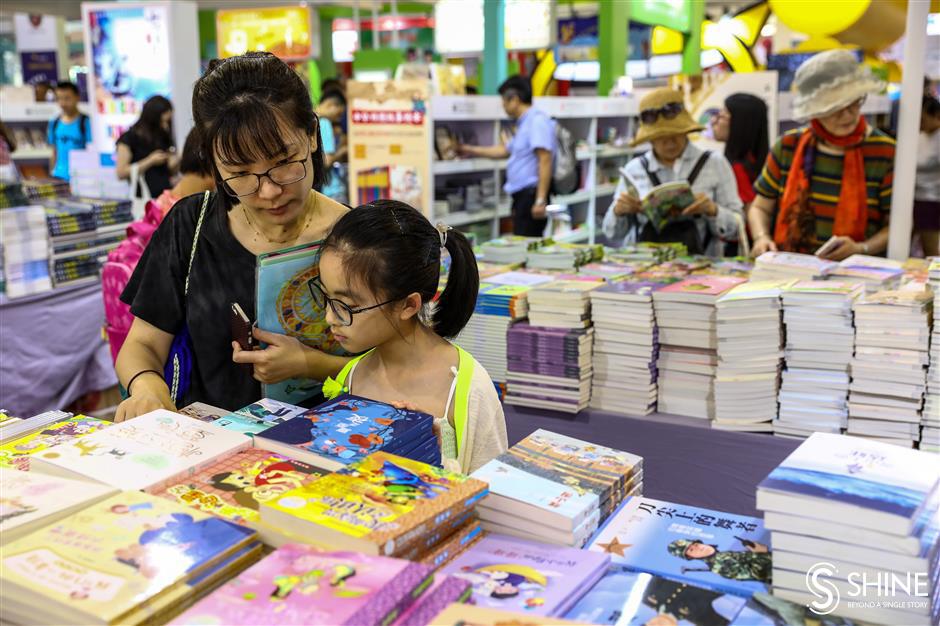 There are plenty books to interest young visitors at the fair. 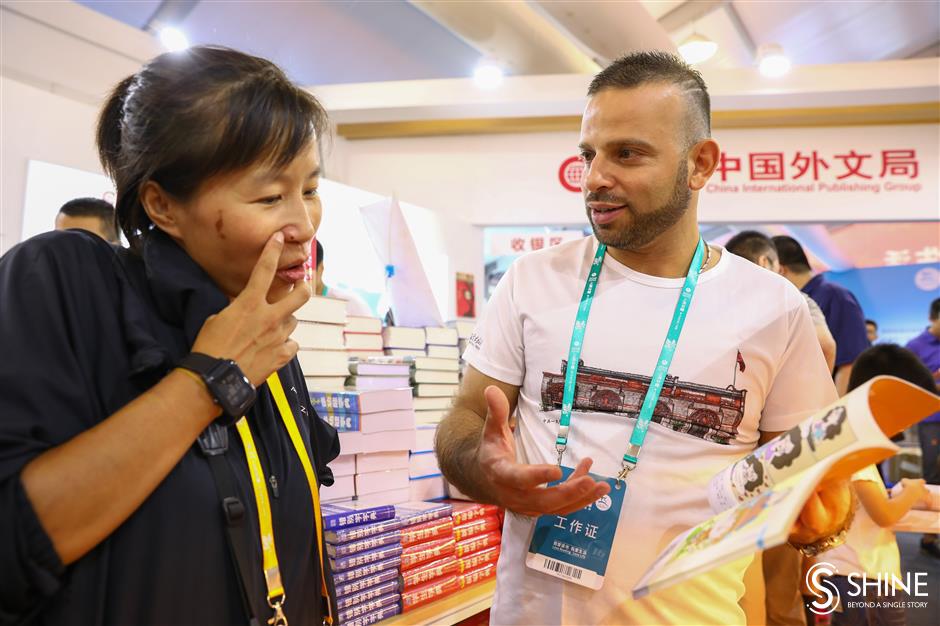 A staff member with a foreign publisher shows an illustrated book to a woman visitor at the fair.