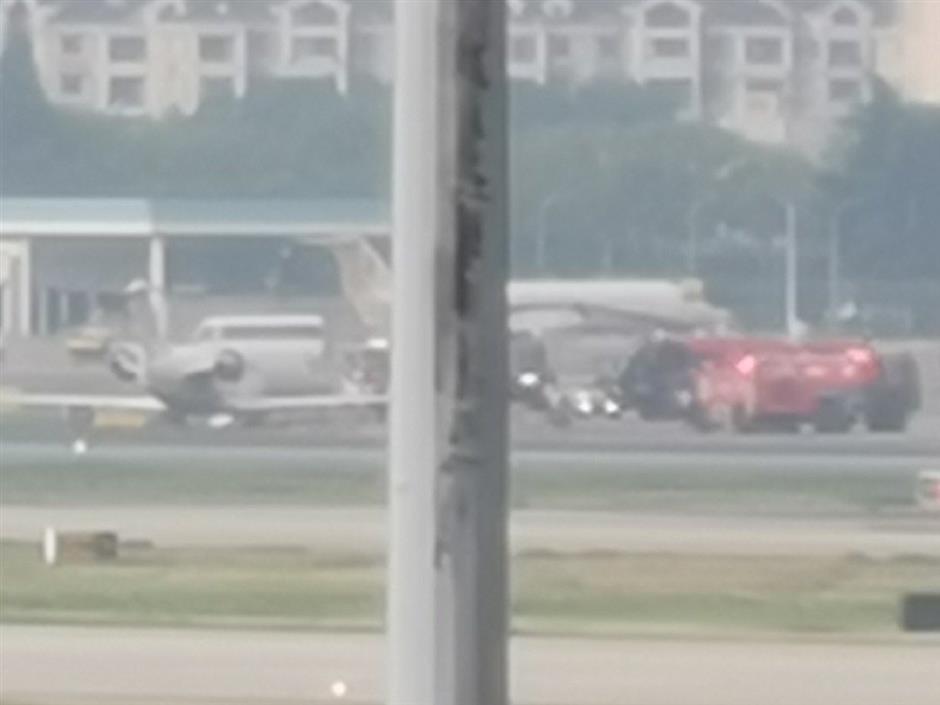 A business jet overshoots the runway when landing at Hongqiao airport on Friday afternoon.

A business jet overshot the runway when it landed at Hongqiao airport on Friday afternoon, forcing the airport to shut down one of its two runways. No one was injured.

The Bombardier CRJ200 was operated by Jiangsu Jet, a business jet company based in neighboring Jiangsu Province.

There were no passengers onboard, just four crew members, the Shanghai Airport Authority said.

The airport authority temporarily closed down its east runway and all takeoffs and landings were handled on the west runway.

The Civil Aviation Administration of China is investigating the incident.