In downtown Jing’an, cobblestone alleyways and avenues lined with sycamore trees are more than just walking paths or driveways. They all have stories to tell.

“Roads are the blood vessels of a city,” said Jiang Ming, director of the district publicity department. “They represent the past and show us the future.”

Earlier this year, a five-episode documentary series detailing the stories behind the district’s historical Shaanxi Road N. and Jiangning Road drew acclaim after it was screened on local TV.

The series interviewed more than 80 residents and 20 celebrities talking about childhood memories and discussing past vicissitudes.

“We found senior residents who have lived on Shaanxi Road for more than 80 years. From their memories of past decades, we see the changes in the city. Their stories resonate with the public and focus attention on our history and culture.”

Currently, three new documentary series are being filmed. One will feature Zhangyuan, one of the city’s best-preserved historical communities; another will look at a bygone city of scholars and renowned writers on Julu Road. A third will focus on Changde Road, best known for its connection with legendary Shanghai author Eileen Chang.

The documentary series is one of the 37 cultural programs financed by the district’s cultural development fund this year.

“They stood out from 106 applicants,” said Chen Hong, director of the district’s cultural and tourism authority. “They deliver mainstream voices and positive energy to the public, bringing residents together and offering cultural activities at the doorstep.”

Events also include the first opera cultural festival in the Beizhan subdistrict.

The festival kicked off this month with the launch of an opera-themed cultural venue on 383 Tianmu Road M. It features Peking and Kunqu operas.

At the festival, people can wear makeup and traditional costumes. They also can sit and read books related to Chinese culture and enjoy shows combining traditional operas with modern twists such as flash mobs.

“All of us are about 80 years old,” said master Fang Yang.

Another master, Zhang Mingrong, said he often goes to schools to teach children about Kunqu and pass the traditional culture to a new generation.

Meanwhile, an exhibition displaying 10 renowned Kunqu opera masters, including the eight who attended the event, is being held. It displays their photos and costumes, from exquisite headdresses used on stage today to patched socks worn in poorer times.

The festival will run through October 8. There is no admission.

Another highly praised project this year was the three-month “Bird Season” series that ended in June at the Shanghai Natural History Museum. It was staged to raise public awareness of bird protection.

Over the period, hundreds of thousands of people took part in a variety of activities, including talks, field observations and interactive exhibitions.

Also in the funding mix this summer are the returning Jing’an-based Oriental Danology Institute and Colormen Salon.

This year, the Oriental Danology Institute dedicated itself to enhancing cross-cultural understanding with two avant-garde shows to display the charm of cultural fusion.

The other, “The Little Everything and Peony Cosmos,” is a multimedia art show based on the legacy of Danish author Hans Christian Andersen and Chinese playwright Tang Xianzu.

A violinist, pianist and dancers from China and Denmark stage a dream of Andersen’s, wherein he collapses into a deep slumber during a walk in his garden and finds himself in Tang’s “Peony Pavilion.”

The Colormen Salon focuses more on reviving local culture by holding a monthly party for those interested in the sophisticated lifestyle of Old Shanghai.

Color, together with other English words such as “classic” and “club,” created the Shanghai dialect kele, which referred to a group of Western-educated Chinese who came to prominence from the 1920s to 40s.

Today, the term is often used to describe elderly gentlemen who retain the old lifestyle of elegant afternoon teas and even ballroom dancing.

Colormen showcases the idea of a “big” Shanghai and represents the city's noble traits, according to Chen Gang, one of the founders of the salon. He is the composer of the violin concerto "Butterfly Lovers.”

According to Chen, the glamour of Old Shanghai has faded amid today’s fast-paced digital era. He said he hopes the monthly activities will reconnect young people with their roots. 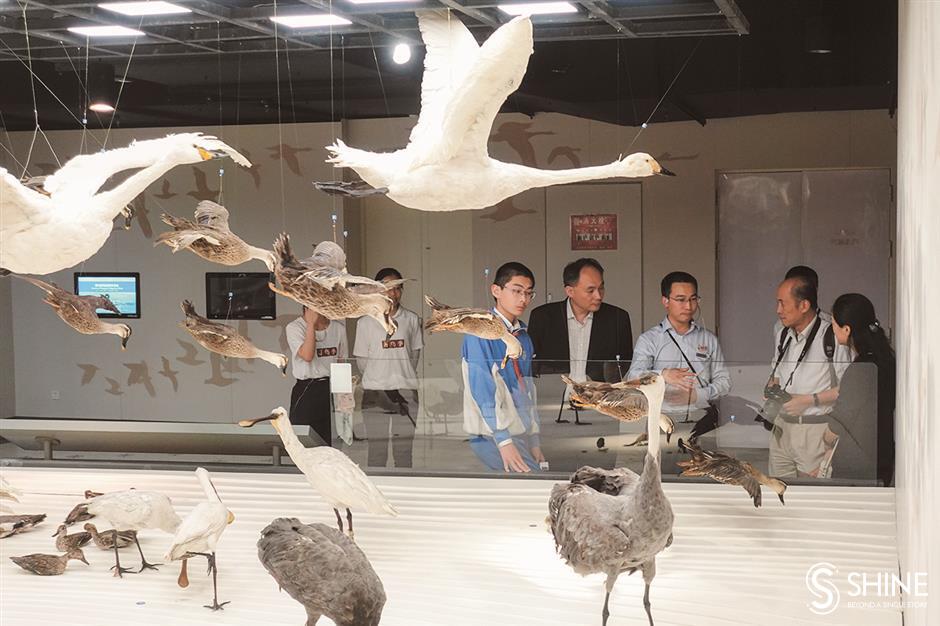