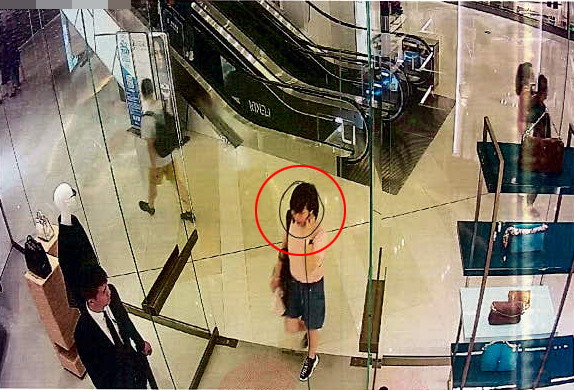 A woman has been detained for allegedly stealing a luxury backpack from a downtown shopping center, Shanghai police said on Tuesday.

The suspect, surnamed Wang, was said to have stolen a Fendi bag priced at about 16,000 yuan (US$2,230) from the iapm mall in Xuhui District on August 5.

District police began their investigation the following day, when a shop clerk noticed that the expensive bag was missing.

The woman was tracked to a hotel on Dong’an Road in the same district on the morning of August 7. She was said to have been found there with the missing object in her possession.

Wang has allegedly confessed to stealing the bag after sending the shop clerk into a storage room to look for garments in her size.

She said she stuffed the bag into her own and left the shop, according to the police.