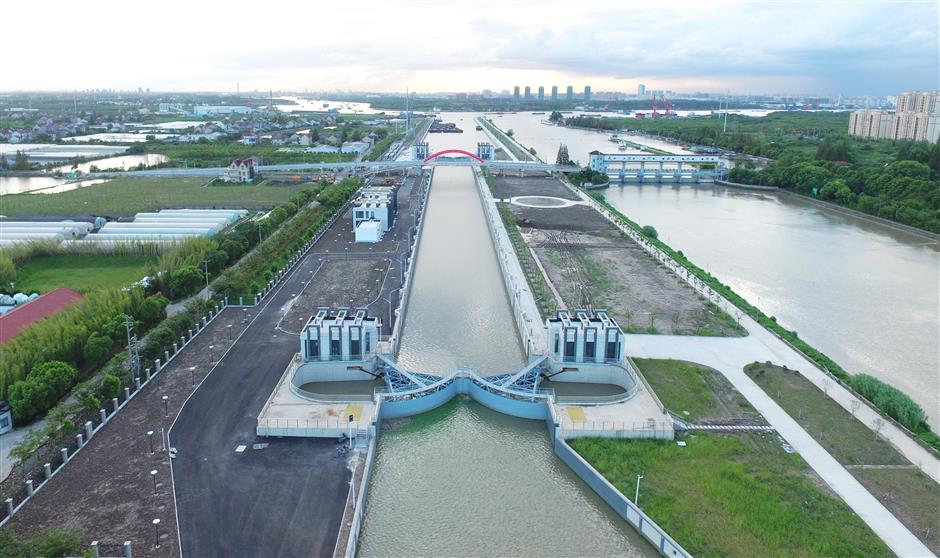 Construction of a new lock on the Dazhi River which flows through Minhang District and the Pudong New Area will be completed before the end of the month, according to Shanghai Chengtou Group.

The lock is at the junction of the Huangpu and Dazhi rivers, from where Shanghai’s 405 kilometers of inland waterway channels radiate throughout the city.

After completion, the lock will be the largest of its kind in the inland waterways of the Yangtze River Delta Region. Its chamber is 350 meters long and 27 meters wide, which will allow a ship with up to a kiloton of load to pass through. It is estimated that 29 million tons of cargo will pass the lock every year.

Previously, the west hub of Dazhi River could only allow ships with loads of less than 300 tons to pass.