Police stop woman from being conned over phone 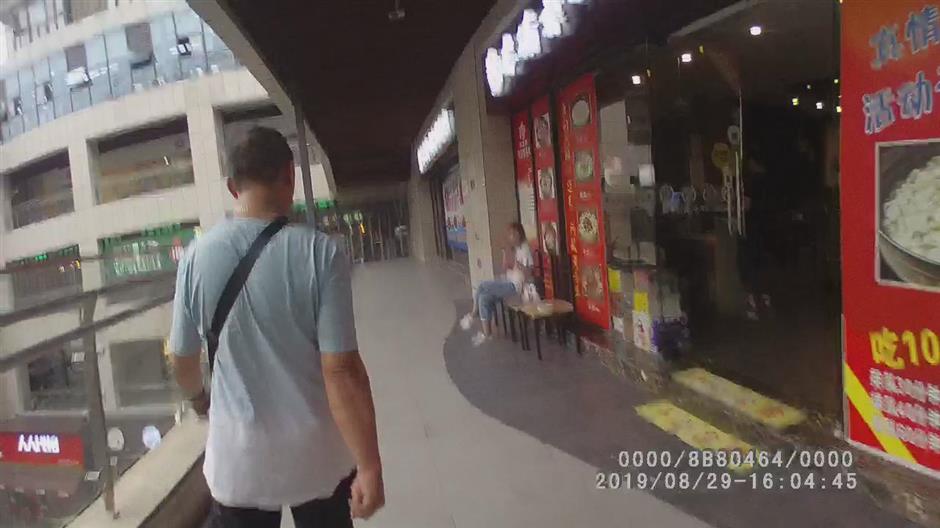 A woman surnamed Zhu sits outside of a hotpot restaurant and talks to a likely con artist. 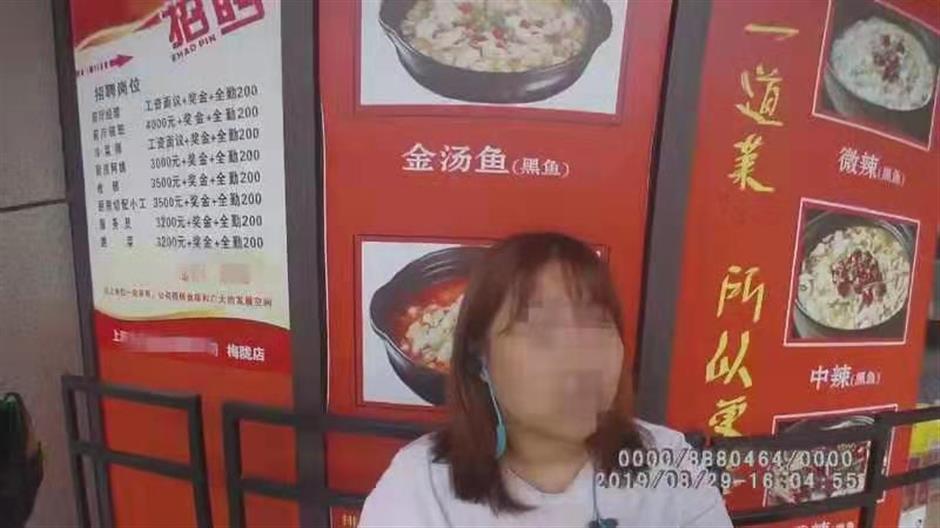 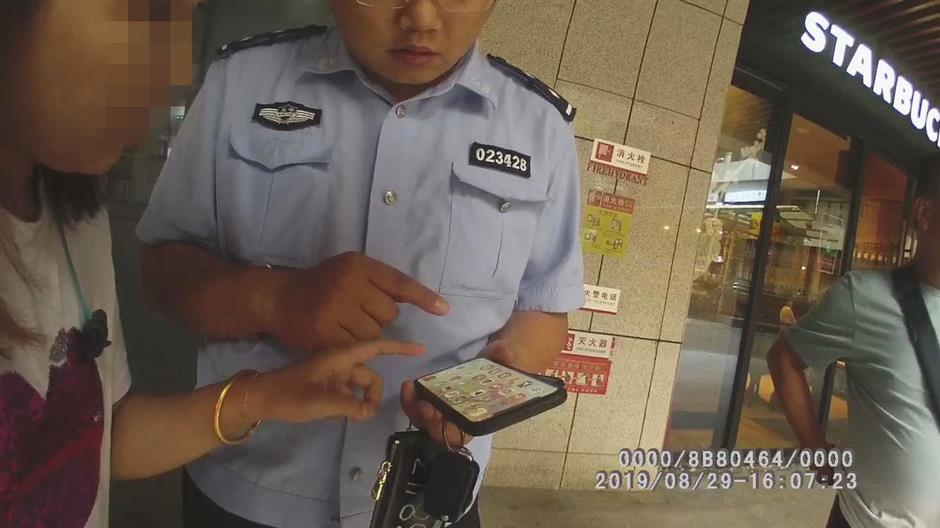 Zhu explains to police officers what she had been instructed to do by the apparent fraudster.

Shanghai police said on Tuesday that they prevented a woman from being conned by a suspected phone scammer.

At approximately 1pm on August 29, telecom and Internet fraud prevention officers detected that a woman surnamed Zhu, who lives in Xuhui District, was likely talking on her phone with a con artist.

Police from the Changqiao Xincun Police Station quickly tracked down Zhu at a shopping mall on Shangzhong Road W., where she was sitting outside a hotpot restaurant talking to a man via video call. Police say that fraudsters often convince their victims to leave their homes in order to prevent them being warned by family members.

Zhu had apparently been told by the likely scammer, who claimed to be a police officer himself, to download an app that would allow him to observe activity on her phone. Con artists posing as cops frequently use such apps to steal bank card passwords and verification codes, say police.

Zhu was further instructed to put her phone on flight mode, a common trick to prevent scam from being interrupted by law enforcement or family, according to police.

Fortunately, Zhu listened to the police and ended her conversation with the man.