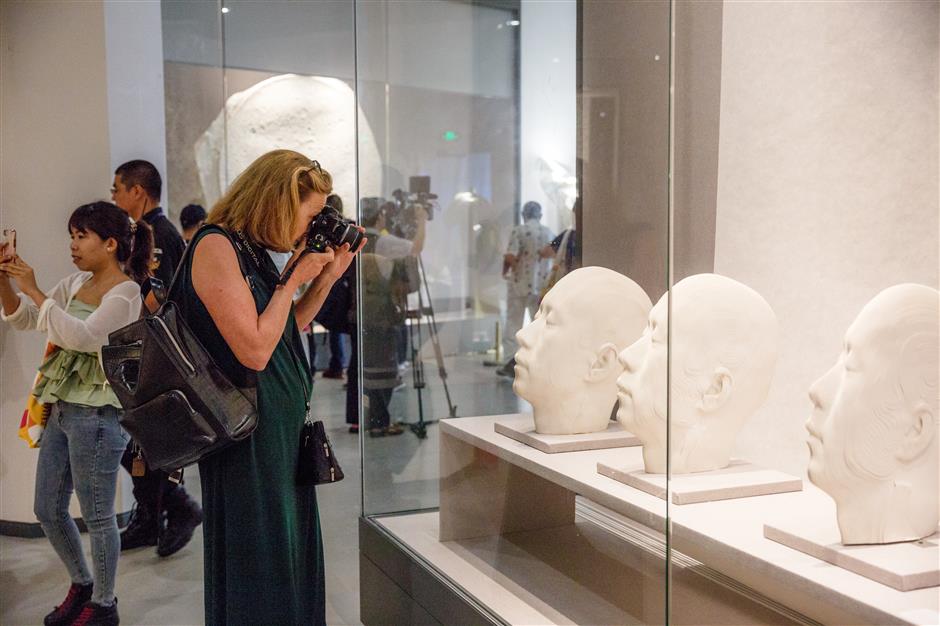 A foreign visitor takes a picture of a paper art installation at the International Paper Art Biennale at Fengxian Museum on Tuesday.

Over 100 works from artists in 30 countries and regions are on show at Fengxian Museum from Tuesday to mark the beginning of an international art season.

The International Paper Art Biennale Shanghai is open to the public free through November 10 at the new museum in the city's southern outskirts.

China's heritage folk skills such as paper-cutting, folding and carving are also exhibited.

The "Feasts on Paper" exhibition has five sections on paper art in China and around world as well as the future development of the genre. Visitors will be able to enter some artworks and have a close look at the section for large paper art installations.

As a highlight, Koryo paper, or the traditional Korean paper made with satin cocoons, is being exhibited at a special section. Papermaking was introduced from China to the Korean peninsula during the Han Dynasty (206 BC-220), while Koryo paper was imported to China during the Tang Dynasty (618-907).

Some of the artists, including Ankon Mitra from India, Nane Wenhammar from Mexico and Michel Gautier from Canada, presented their artworks to the museum for permanent display.

The exhibition is part of a series of rural art and cultural events in Fengxian ahead of the city's annual international art festival in November. Over 80 events and exhibitions have been planned, including a farmers' kite flying competition, a traditional Chinese opera festival and a carnival at Nanqiao historical town.

Meanwhile, the Motocross World Championship, motorcycling's Formula One, will be held in Fengxian over the weekend (Sept 13-15).

Over 70 top motorcyclists from 33 teams in 22 countries and regions will compete in the MXGP China leg, the final contest of the 2019 season.

Some 50 classic vehicles from 18 countries will also compete in a rally across the Yangtze River Delta region in late September.

The cars, with an average age of 50 years, will set off from Fengxian District and drive 1,200 kilometers through popular tourist attractions in Dongtai, Wuxi and Changzhou in Jiangsu Province, Anji in Zhejiang and Ningguo in Anhui. 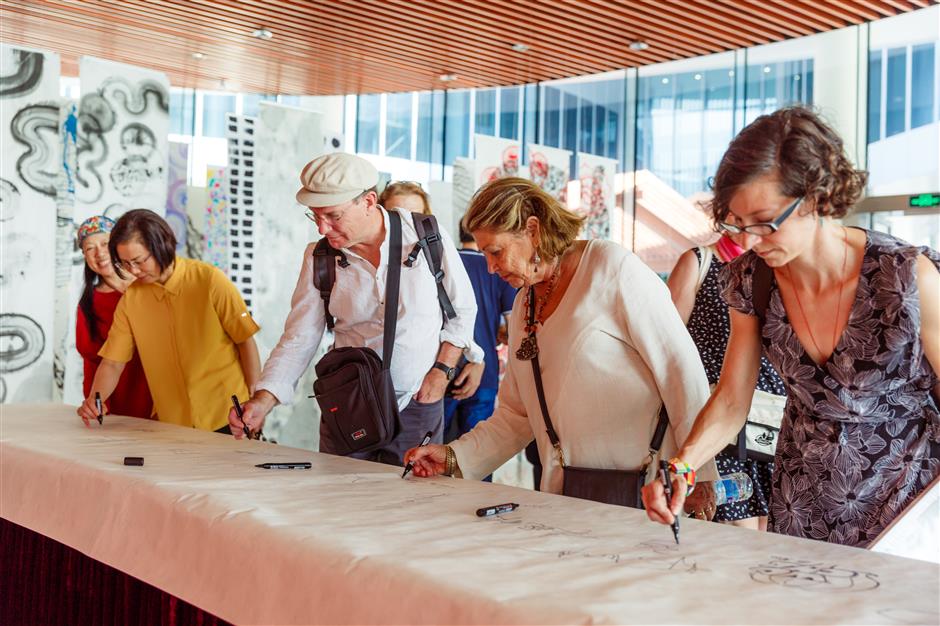 Global artists on paper art sign to take part in the opening ceremony of the International Paper Art Biennale at Fengxian Museum on Tuesday. 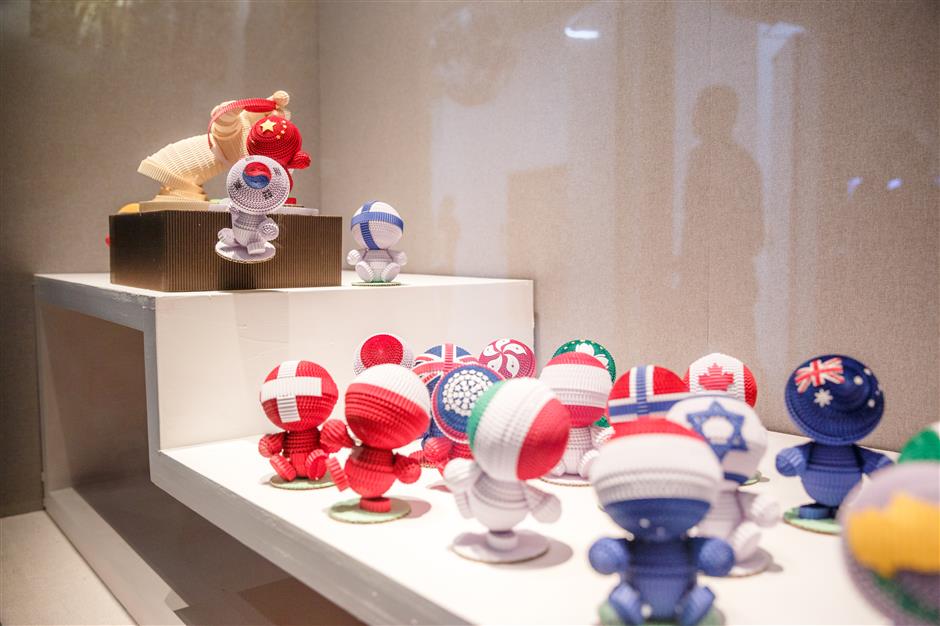 A group of paper artworks at the International Paper Art Biennale