A man who allegedly stole 11 bikes from the streets of Shanghai has been apprehended, police said on Wednesday.

Police with the Huayang Road Police Station in Changning District started their investigation after a bike owner reported on August 20 that his bike parked near the intersection of Changning Road and Wanhangdu Road was missing, with only its front wheel and lock remaining at the scene.

The theft was captured on surveillance cameras placed around the area.

According to police, around midnight on August 20 the suspect allegedly rode off with the bike after removing its locked front wheel and replacing it with another wheel which he brought with him. 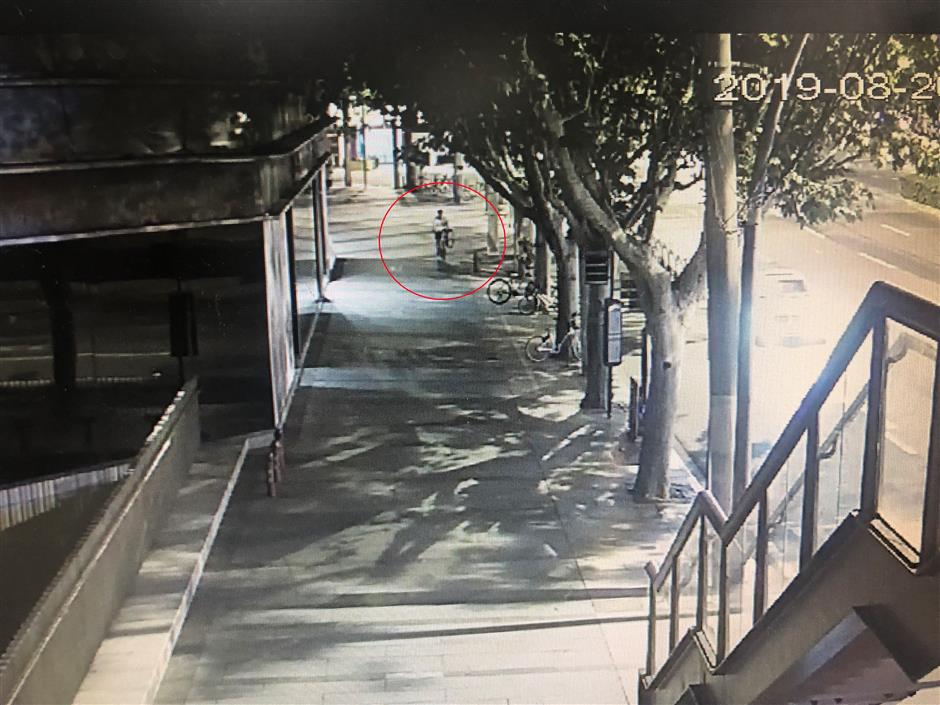 The suspect carries a replacement wheel which he will use to steal a bicycle. 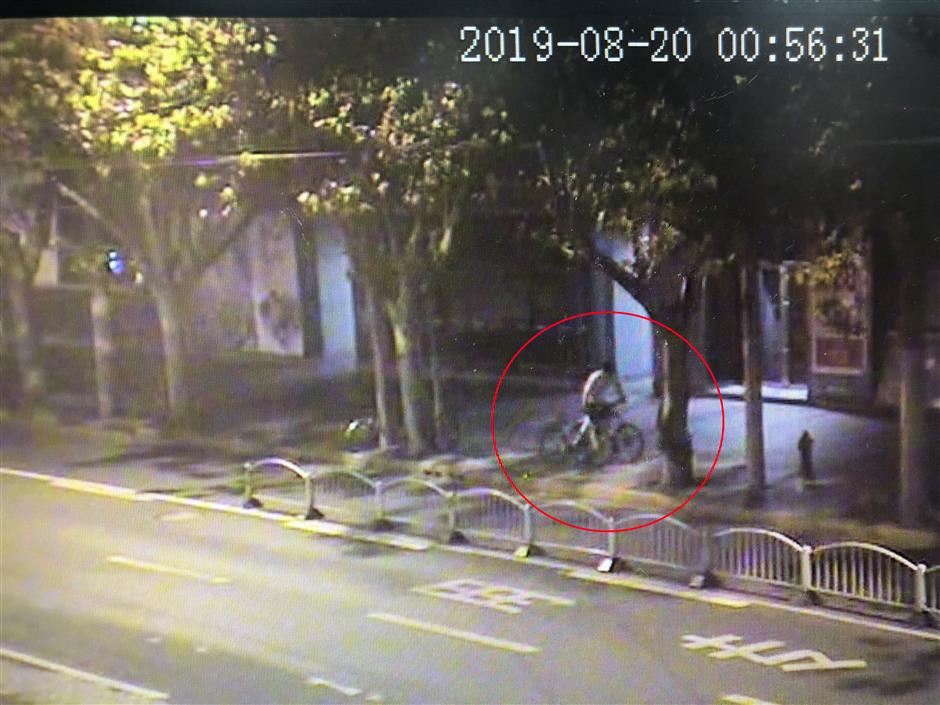 The suspect leads the stolen bike away from the scene.

The suspect, a man surnamed Li, was tracked down by police to a residential complex on Jiaotong Road W. in Putuo District.

Outside Li’s apartment, three bikes were parked there when police arrived. All of these bikes were fastened with combination locks.

“First he admitted that he stole only one of the bikes, but then we found that all three bikes were locked with the same combination. Further we discovered eight more bikes with the same locks elsewhere in the complex,” said Lin Zhe, vice head of the police station's crime fighting team.

Li further claimed to be a bicycle collector, police say.

Authorities have linked three other reported bike thefts in Changing and three more in Putuo to the suspect, and most of the owners of the stolen bikes have been contacted.

One owner who got his stolen bike back from police on Wednesday was a man surnamed Hou.

Hou said he usually parked his commuting bike on a street near Caoyang Road Metro Station with a lock on its front wheel. But the bike went missing on August 11, with only the front wheel and the lock left behind.

“There is a surveillance camera pointed at the place where I parked the bike, so I didn’t expect that it would be stolen,” he said.