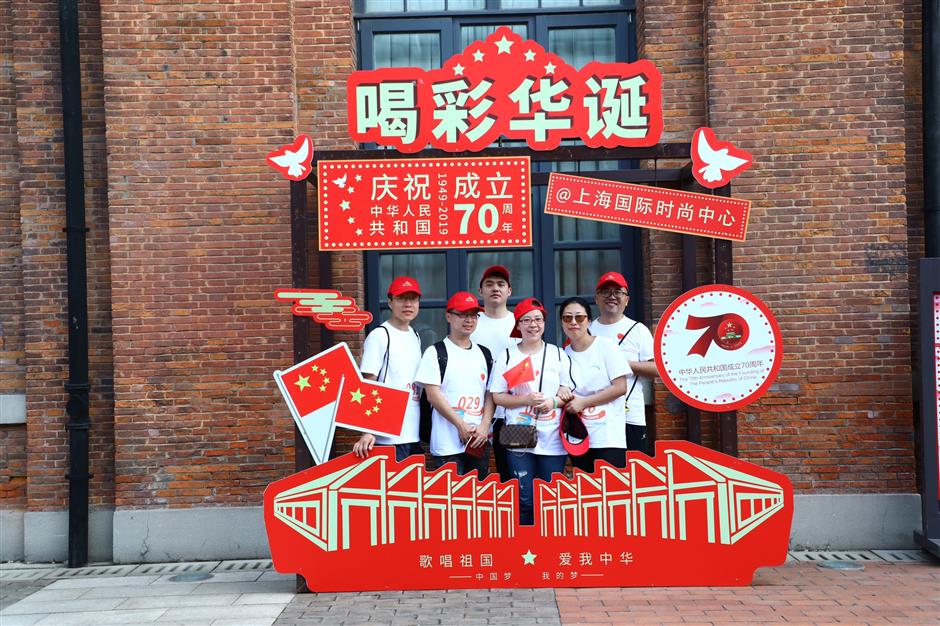 An orienteering event introducing people to local landmarks and historical sites along a newly-opened section of the Huangpu River waterfront in Yangpu District was held on Monday to welcome the 70th anniversary of the founding of the People’s Republic of China.

The waterfront area, east to the Yangpu Bridge, opened to the public last Saturday. Dubbed an "exhibition belt" of the city’s century-old industrial history, it features hundreds of industrial sites spread over 70,000 square meters.

The orienteering event attracted hundreds of runners, aged from 18 to 50, who ran three routes, all starting and ending at a waterfront station. Along the way, people learned about local history and enjoyed the riverfront scenery.

Destinations along the way included the former Yangshupu Power Plant, built in 1913 and operated until 2010. It was once the biggest thermal power plant in East Asia and the city's tallest structure. It is among a dozen of China's earliest industrial sites in Yangpu now open to the public.

They also included the former sites of a local gas plant and cotton factory, both built by British merchants in the 1930s.

According to officials at local Dinghai Subdistrict, Dinghai was the cradle of industrial development in Yangpu, but its stories have faded over time. The orienteering is part of efforts to raise local cultural awareness.