Simply a great time to be had at beach festival

It was by no means simple to get around the Urban Simple Life Festival at City Beach, Jinshan District, on Friday and Saturday.

The first day of the festival saw over 20,000 people from all over the country gathered at the beach to watch the show by Chang Chen-yue and rapper MC HotDog from Taiwan and New Pants.

New Pants, a pop-punk band who won the Big Band this summer, took the atmosphere at the beach to a high, as the crowd relentlessly chanted their hits throughout the show. 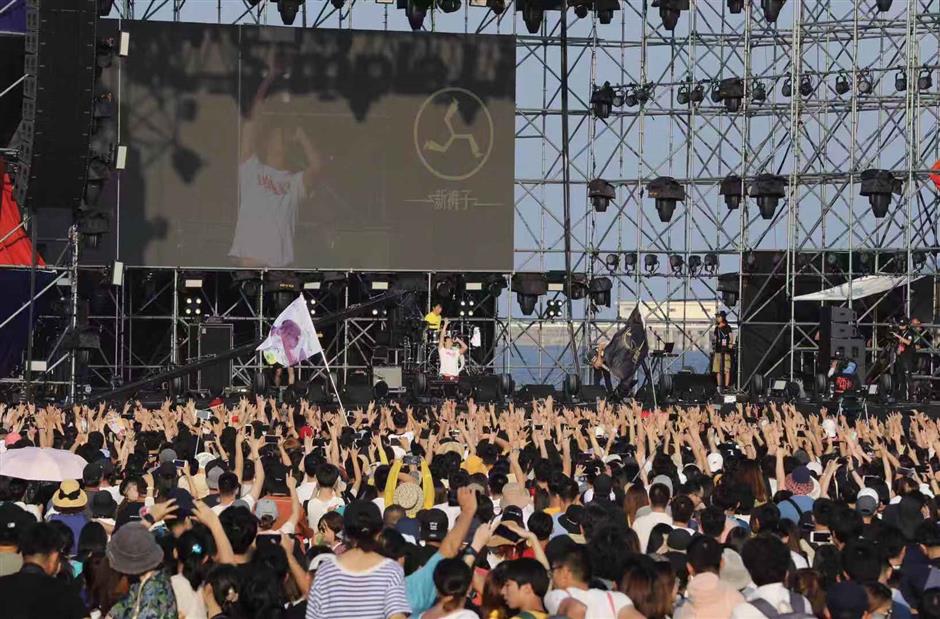 New Pants perform on the stage at the Urban Simple Life Festival at City Beach.

It has been six years since Chang released his last album I am "Ayal ," but to everyone’s surprise, he brought some new songs and told the crowd to expect a new EP on October 18.

Wu Liang from Hangzhou who described himself as a huge fan of Chang said he hadn't expected to see so many people at the festival.

“I lost my cellphone signal because it was so crowded,” said Wu. “I couldn’t even pay for the drinks!”

“It would be a good idea if stick umbrellas were banned,” Wu added. “I got poked quite a few times.” 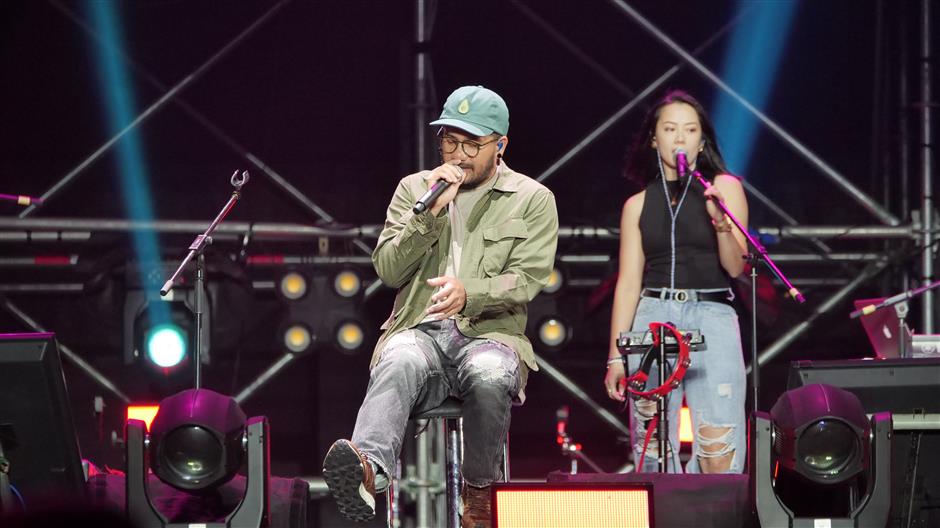 After the music show, many people stayed on at the beach for the fireworks.

Yoyo said she found it quite difficult to get back to her car when she wanted to leave.

“It took me about 20 minutes to get to the parking lot on foot,” she said. “There were shuttle buses when we came but we had to walk back after the show was over.” 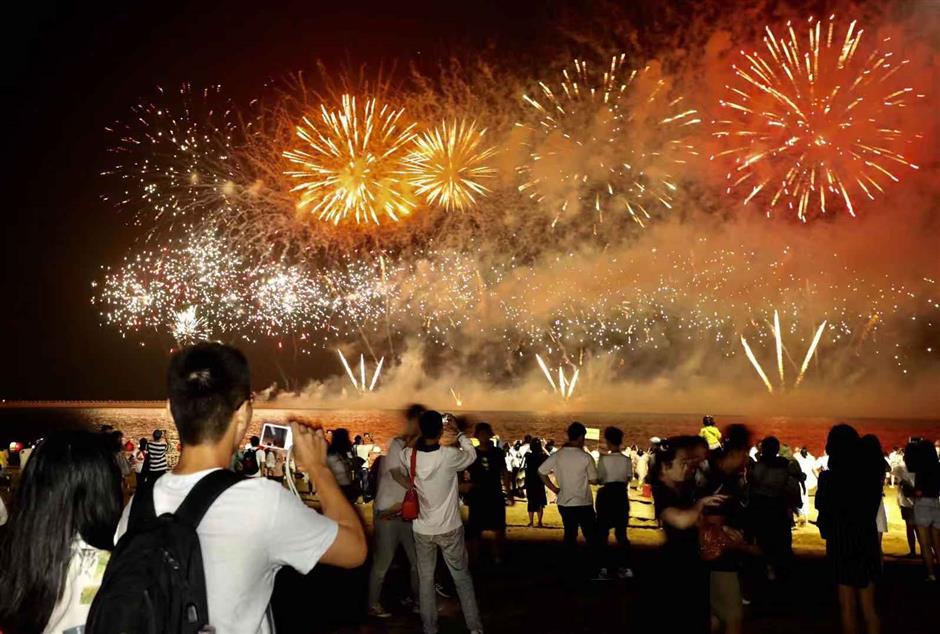 The fireworks lit up the sky after the show on Friday night.

Apart from the live performances, the festival attracted many local brands to bring goods including agricultural products, street fashions, jewelry and artworks.

The festival will continue on Saturday with Jolin Tsai and Rene Liu among the most anticipated.

Tickets are on sale at the beach, an hour's drive from downtown Shanghai, for 320 yuan (US$45).

One can also take the Shanghai-Jinshan railway from Shanghai South Railway Station.

The fair is another highlight of the Urban Simple Life Festival.