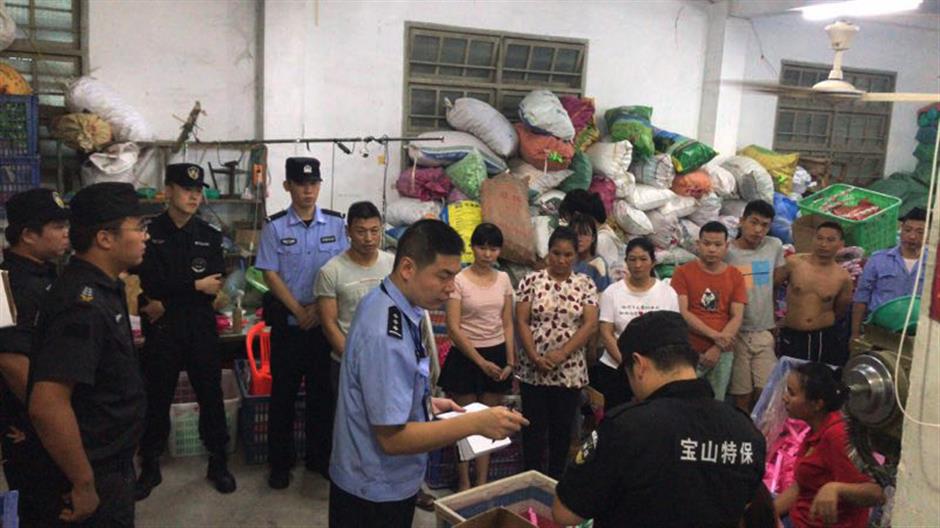 Police bust a factory in Guangdong Province where fake products are said to be made.

A shop in Zhejiang Province where fake products are sold

A total of 22 suspects have been apprehended for allegedly producing fake infant and toddler products using the Fisher-Price brand name, Shanghai police said on Thursday.

The suspects allegedly produced the fake goods at an industrial park in Shantou City, Guangdong Province, and sold them to shops in Yiwu City, Zhejiang Province.

The products were then sold through shops and over the Internet to domestic consumers and also to buyers in Southeast Asia, police said.

By the time their operation was busted, the gang had sold a huge volume of fake products, whose authentic counterparts were estimated to be worth about 200 million yuan (US$28 million).

Police said they started their investigation after the US company Mattel, which owns the Fisher-Price brand, reported to them in July that a large number of fake products were circulating in the market.

While an authentic Fisher-Price rocker sells for about 600 yuan, the fakes were sold at only 60 to 80 yuan by manufacturers to wholesalers in Zhejiang, police said. They added that these knock-offs had many quality problems, including excessive amounts of plasticizers which could harm children.

The suspects were rounded up on September 20 and over 20,000 fake products were seized from their factory, warehouse and shops.

Shanghai police said they have caught over 90 suspects in 15 intellectual property cases involving infant and toddler products as part of an intensive crackdown since July.

Apart from the rockers and potty chairs, other fake products seized included toys and drinking nipples. 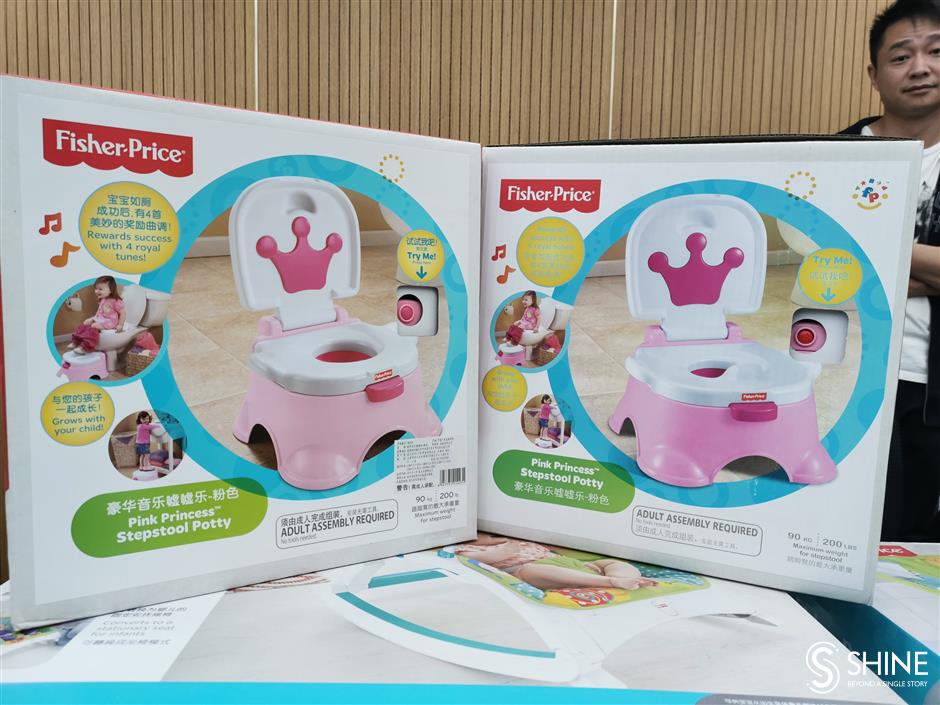 An authentic product (left) next to a fake one.