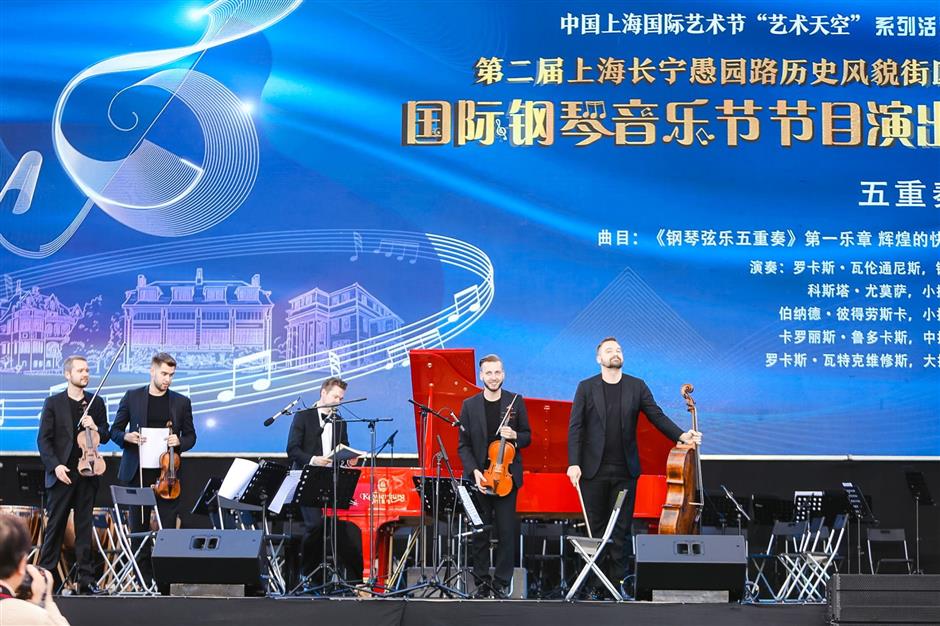 Some of the world’s leading pianists will perform on Shanghai's historic Yuyuan Road during the international piano festival which began on Friday in Changning District.

As part of the Shanghai International Art Festival, the annual Yuyuan Road Piano Festival features six performance sites along the road. Professional pianists from both home and abroad and local amateur players will perform for pedestrians and local residents from 3:30pm every day through October 24.

The sites include the balcony of a historical villa, a public art space, a cafe and a corridor between two buildings along the road, which features the former residences of several Chinese musicians, such as pianist Gu Shengying (1937-1967).

The event aims to envelope the historical road with music and allow residents to hear the performances of the world's top pianists, according to the district government.

An opening concert was held at Zhongshan Park on Friday, and featured performances by famous Lithuanian pianist Rokas Valuntonis and the Mettis String Quartet. Hundreds of residents living on the road were invited to listen.

Other performances of the Shanghai International Art Festival in Changning include shows from a Latvian choir and dances from the Russian National Far East Song and Dance Troupe.

Yuyuan Road — which dates back to 1911 — runs through Changning and Jing’an districts. In recent decades it has been shortened to its current length of 800 meters.

It features well-preserved historical villas once home to big names such as missile and space scientist Qian Xuesen (1911-2009), writer, translator and scholar Shi Zhecun (1905-2003) and New Zealand-born writer Rewi Alley (1897-1987), who came to Shanghai in 1927 and was later involved in China’s revolution and reconstruction. 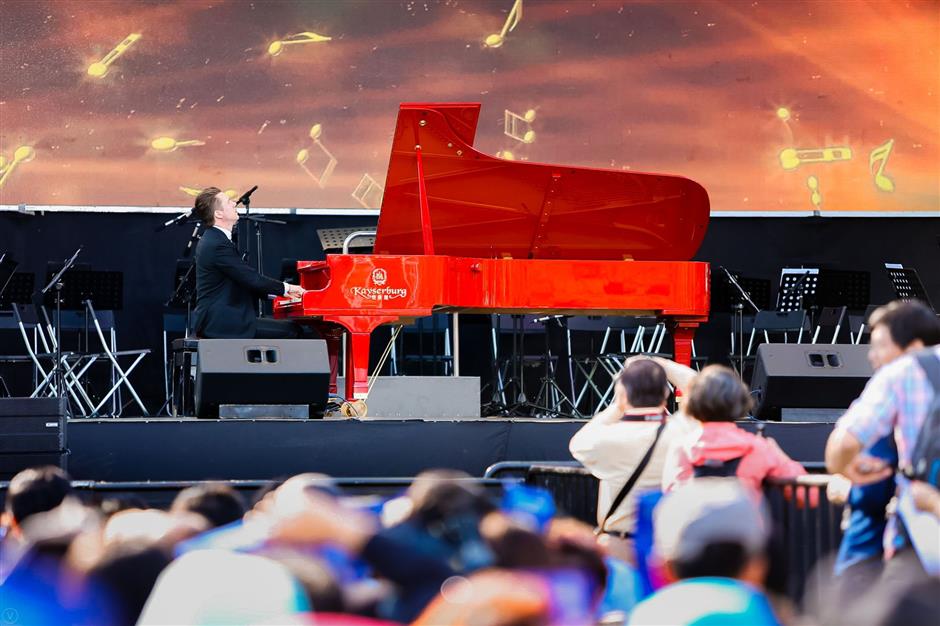 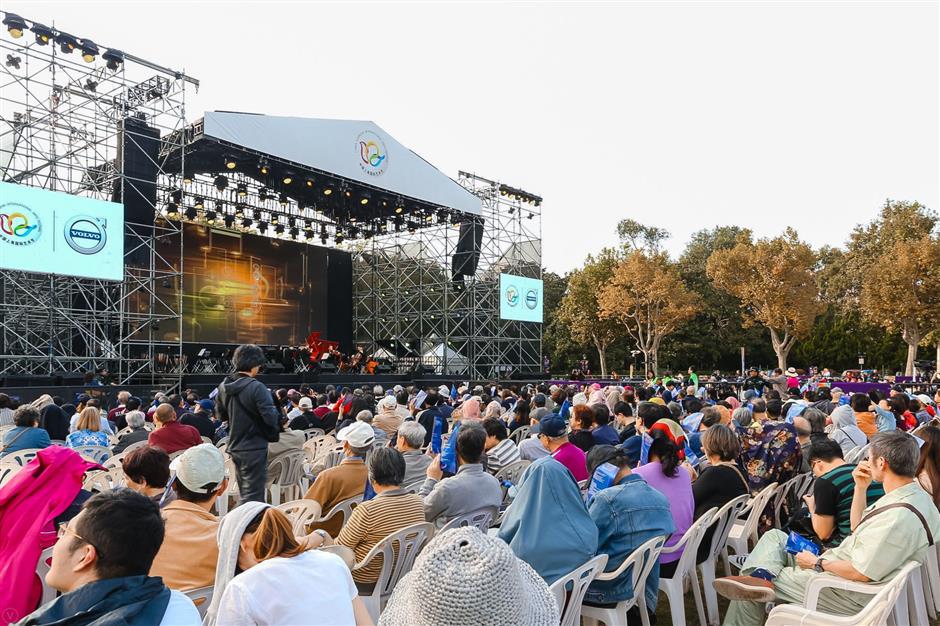 Hundreds of people listen to the opening concert of the annual Yuyuan Road Piano Festival on Friday.