Changning District government is targeting talent in a bid to become a more sustainable development district. The government has issued a series of incentives to attract professionals to create a high ground for talent development.

The Changning blueprint will promote the agglomeration of talent through strategic innovation and keep its talent work close to the demand of economic and social development.

The district has drafted a five-year plan (2021-2025), its 14th such program, making talent development one of the key chapters of the proposal.

District planners will pay more attention to the transformation of institutional innovation while considering Changning’s status and the role it will play in Shanghai’s future development; the demand of key industries in the district; the accumulation of driving economic growth and the potential for Changning’s future development.

In particular, Changning will pilot policies and measures for the integration of talent development in the Yangtze River Delta region, increase support to talent work in enterprises with potential to be listed on the STAR Market and replicate talent policies by the Lingang Special Area of the China (Shanghai) Pilot Free Trade Zone in time.

A survey launched by Changning authority produced feedback from more than 300 local enterprises on housing security, permanent residency, children’s education and growth. It revealed that the cost of talent introduction and retention was bottleneck in the district’s talent development.

Although there are more than 15,000 foreigners working in Changning, accounting for one-seventh of Shanghai’s total foreign population, the government recognizes it should do more to provide channels to introduce overseas talent.

The district is also short of top teachers, general practitioners and specialists in pediatrics, rehabilitation, medical imaging and mental health.

More than half of the area’s civil servants have a law school or management science degree. However, there are a few professionals in urban planning, environmental protection, finance and culture.

The Major Tasks of Talent Work in Changning from 2017 to 2021 were formulated to focus on the district’s economic and social development.

The district has decided to strengthen top-level design and systematic planning of its talent work and be the first district in Shanghai to establish an index system involving 38 indicators.

It will also build an early warning system and carry out mid-term assessment of talent development and studies on talent shortage in key industries to help planning and management. 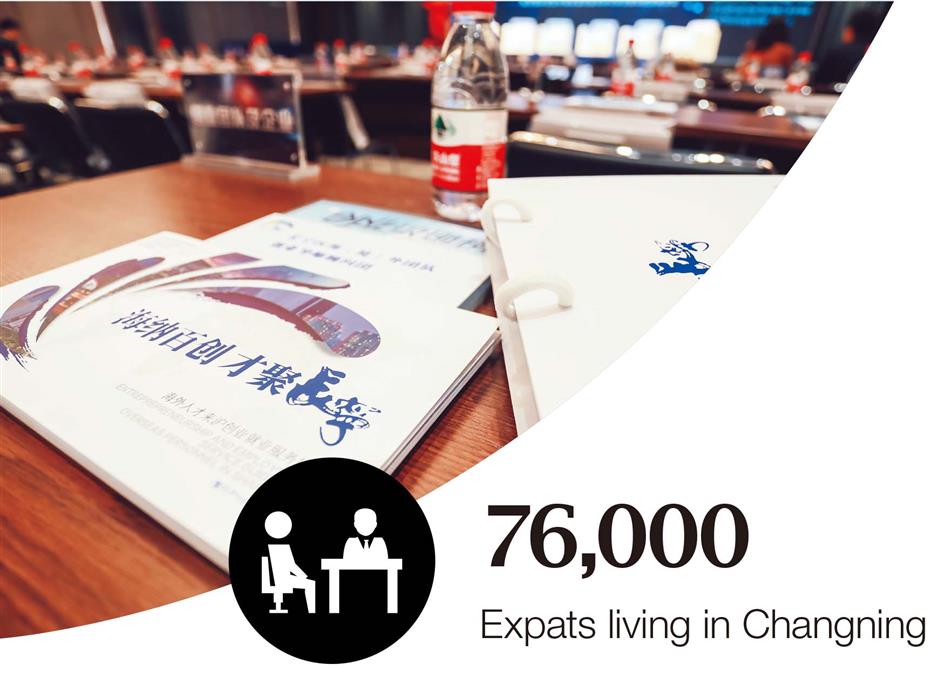 Changning boasts 27 foreign consular offices and is home to more than 76,000 expats and over 7,400 foreign-funded companies. A total of 52 multinational conglomerates have established their regional headquarters here.

Changning is the right answer for overseas talent with a Chinese dream. With the support of the Shanghai Foreign Affairs Office, the district established a sub-center of the Shanghai foreign affairs service, which made it the first among all the districts in the city.

Under the guidance of Shanghai Foreign Affairs Office, Changning has established a commendation system for foreign citizens in the district. It also identifies extraordinary foreigners as candidates for Honorary Citizen title.

Through the sub-center, Changning works with the Shanghai Foreign Affairs Office to host more overseas talent fairs to build its global influence and competitiveness. 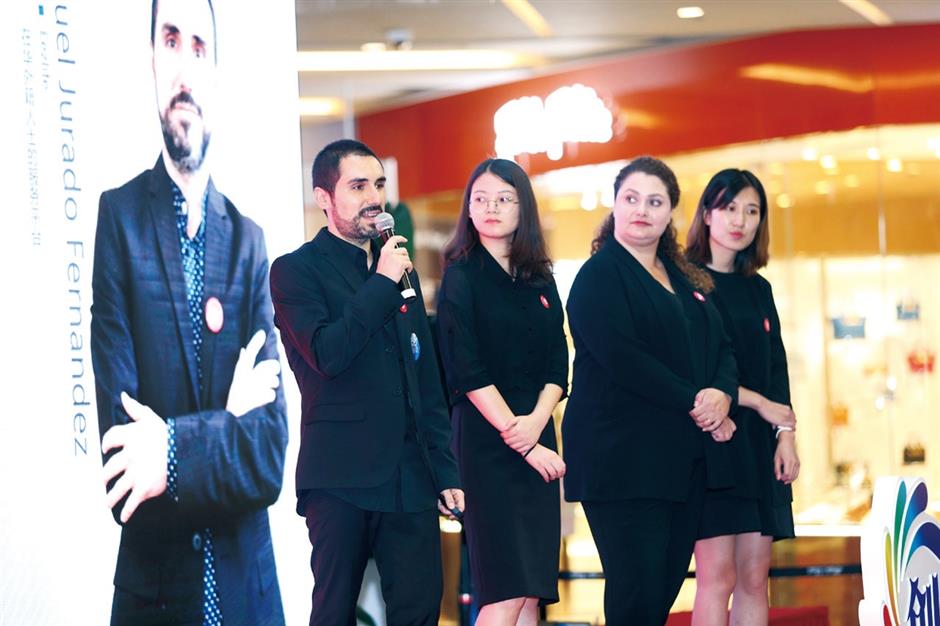 Contests are held by the government to help more young people from across the globe to start up their businesses in the district.

With the cooperation of the city’s Western Returned Scholars Association, Changning successfully held an entrepreneurship competition for overseas returnees last year. And four among the 12 winning projects have developed into startups.

This year, both sides will continue to cooperate and to build a brand of innovation and entrepreneurship for returnees.

Changning is the first district in Shanghai to issue a Foreigner Work Permit.

The center has largely optimized its process in dealing with applications and it takes an applicant only 47 minutes to get the work permit, a record throughout the country. 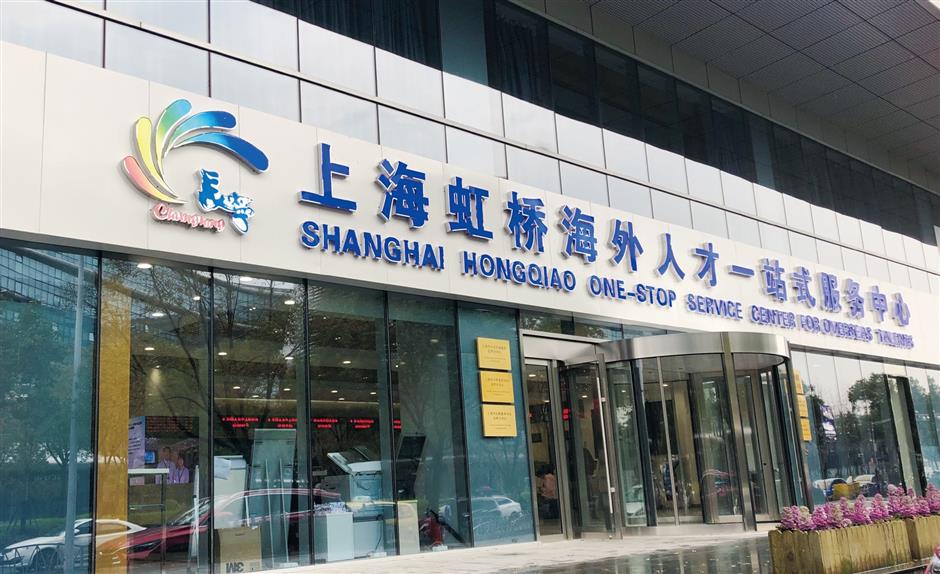 The nearby Hongqiao Transportation Hub and the Hongqiao Linkong Economic Demonstration Zone have grown into a cluster of aviation service enterprises, institutions and agencies.

Aviation service enterprises have indicated that many foreign pilots signed employment contracts with them before landing in Shanghai, and the accelerated Foreigner Work Permit processing is an effective response to highly paid talent as “time is money.”

The center also issued the first “entrepreneurship visa” in Shanghai five days after an unemployed Frenchman, identified as Marc, launched his own business before his original visa expired.

“It’s a pleasure to settle the worries of starting a business in Shanghai and get a visa in such a short time,” Marc said.

It has become the most functional and efficient foreign professional service center with the best services throughout the city. 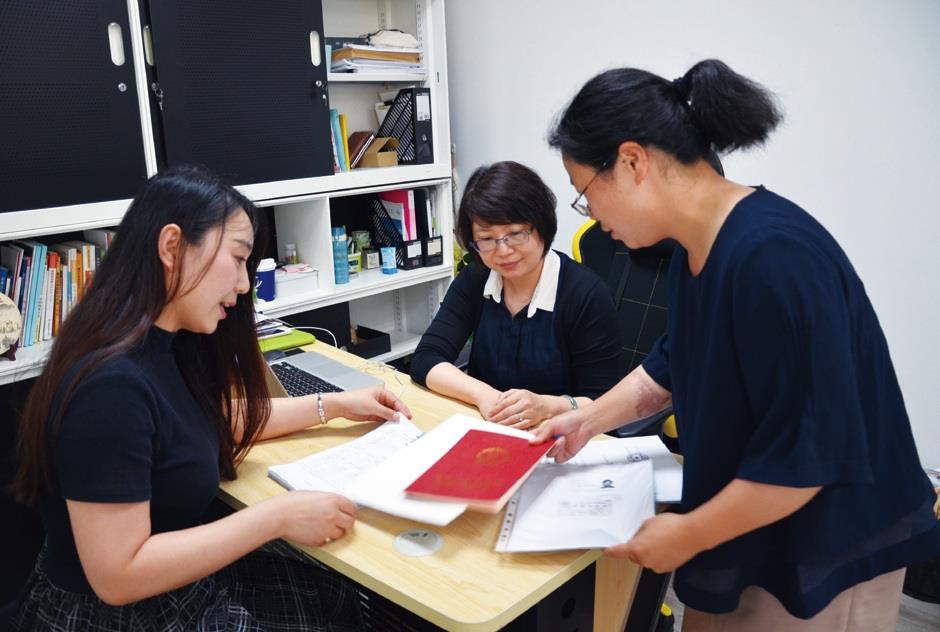 A human resource specialist from the government visits a local company to award the HR qualification license.

The Hongqiao Talent Hub platform incorporates a talent database, a WeChat account and various service stations scattered around the district. Professionals listed in the database can take advantage of “green channels” at the district’s banks, hospitals and cultural venues.

They can also ask for help through its WeChat account and receive “tailored service” at the service stations.

The Hongqiao Talent Hub service stations have been established in Jiangsu Road, Xinhua Road, Tianshan Road, Hongqiao and Chengjiaqiao communities, among which the Hongqiao service station in Gubei Civic Center has served more than 300 foreign visitors since the beginning of the year.

By the end of this year, every local community will have its own Hongqiao Talent Hub service station and the total number of the stations will increase to 10.

The district government will spare no effort to solve the most concerning issues on children’s education, medical care, housing and social security for domestic and foreign professionals, according to the government.

Through Changning’s application of “one person, one policy” rule and providing on-demand support, the commission has introduced a leading figure in artificial intelligence. 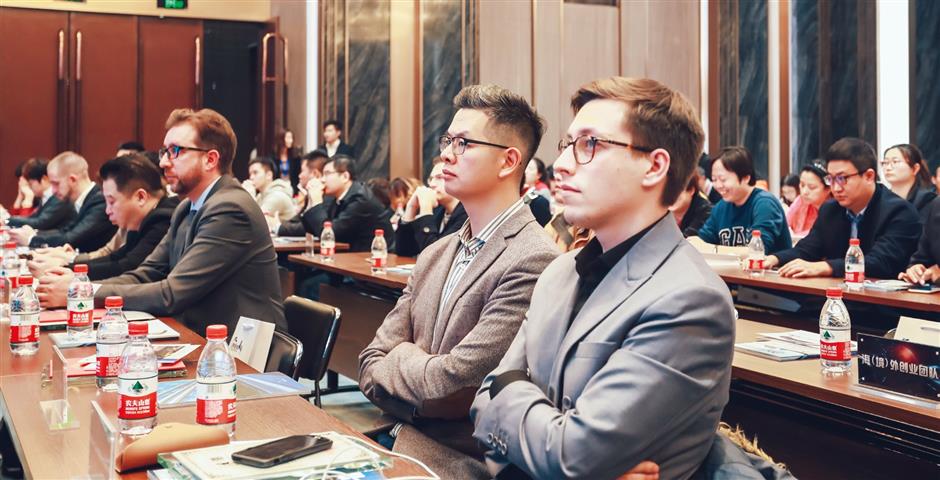 A series of forums and programs are availed to attract professionals to work in Changning.

Changning has gathered 275,000 professionals from both home and abroad, which accounts for nearly half of the district’s total employment.

Changning offers talent a bigger platform and encourages and supports high-level talent to play a leading role, such as setting up workstations or innovation teams led by members of Chinese Academy of Sciences and Chinese Academy of Engineering.

Changning works with universities and enterprises to carry out joint training programs to cultivate talent in short supply in key sectors.

It also organized key enterprises in the district to carry out campus recruitment in the second half of the year.

In 2018 and 2019, 5,700 talented people were granted a total of 73 million yuan (US$10.33 million) of rental subsidy. Talent also enjoys the priority supply of public rental housing in the district. More than 3,000 of them have moved in over 2,700 sets of condos provided by the district government.