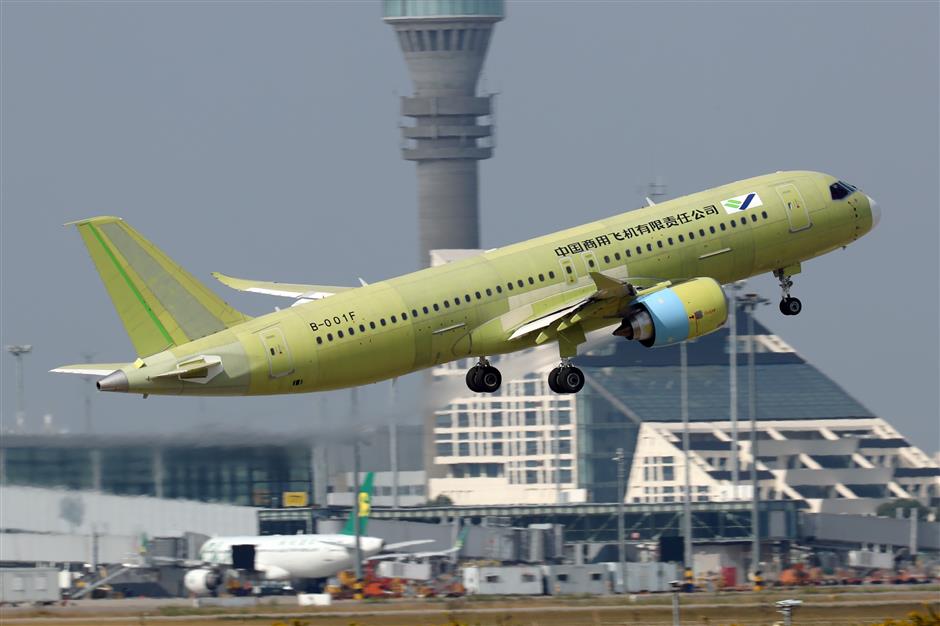 The plane took off from the airport at 10am and landed smoothly after a 97-minute test flight, Commercial Aircraft Corporation of China (COMAC) said.

On board the plane were three pilots and two engineers.

The aircraft, known as No. 105, will be subject to future tests in various temperature conditions.

The first four prototypes of the C919 are also undergoing a series of tests in northwest Shaanxi Province as well as eastern Shandong and Jiangxi provinces. Static and fatigue tests on the ground are also being conducted.

The sixth prototype, the No. 106 C919, will roll off the assembly line in Shanghai later this year. When this plane is ready, the C919 program will enter the "intensive test stage," COMAC said.

More than 1,000 ground and air tests related to power, performance, stability and flight controls will be carried out on the six planes.

Wu Guanghui, chief designer of the C919, has said the aircraft is being developed in accordance with the latest international safety standards and is set to start commercial operations in 2021.

The No.105 C919 takes off from the Pudong airport at 10am on Thursday for a test flight. 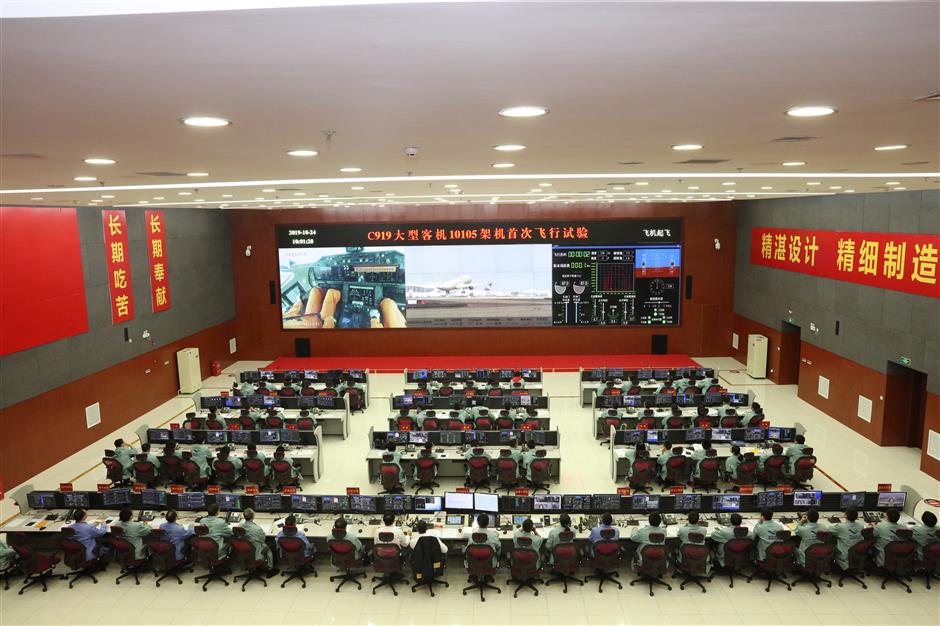 The command center of Commercial Aircraft Corporation of China for test flights of the C919.