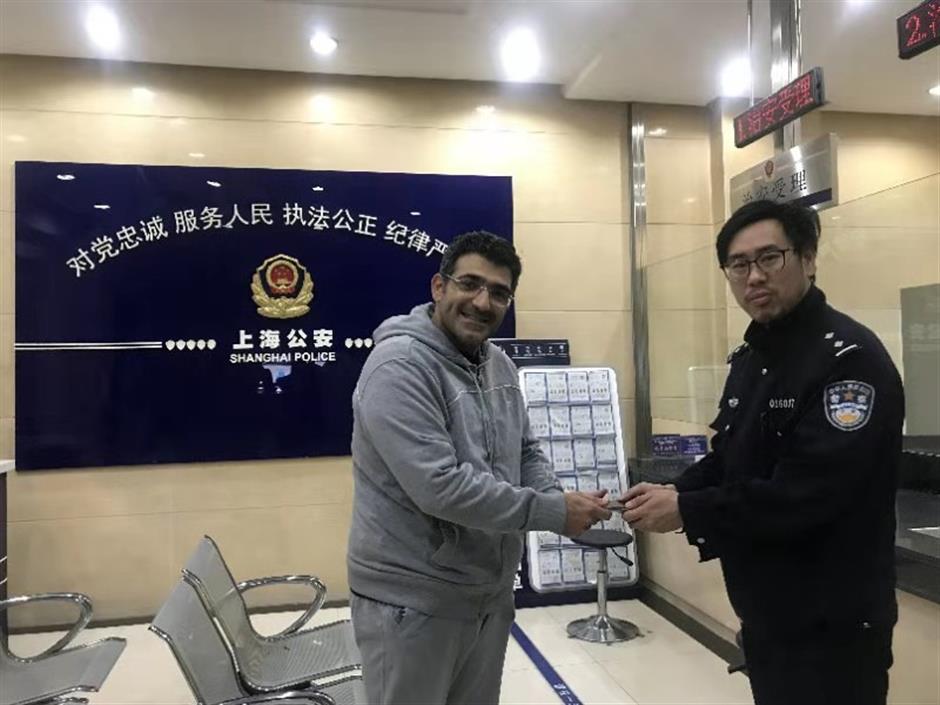 A CIIE exhibitor gets his lost phone back from the police.

The exhibitor, whose name was given by police as Ibrahim, reported to the Bund Police Station in Huangpu District at 9pm last Sunday that he lost his phone, probably in a taxi he took to return to his hotel at 2:40pm the previous day.

The man said the phone contained many important documents for the expo, police said.

Police soon found the Falanhong taxi the man took from street surveillance cameras, but the taxi company had no information as to who was driving the cab.

By tracking the taxi, police found that the driver usually waits for passengers outside hotels on the Bund every morning. Through surveillance cameras, they spotted the taxi parked outside No. 18 on the Bund at 4am on Monday.

Police soon arrived at the hotel and stopped the driver, a man surnamed Zhang.

Zhang confirmed that he found a lost phone in his cab and was keeping the phone at his home, according to the police.

Police then took Zhang back his home in Baoshan District and recovered the phone. 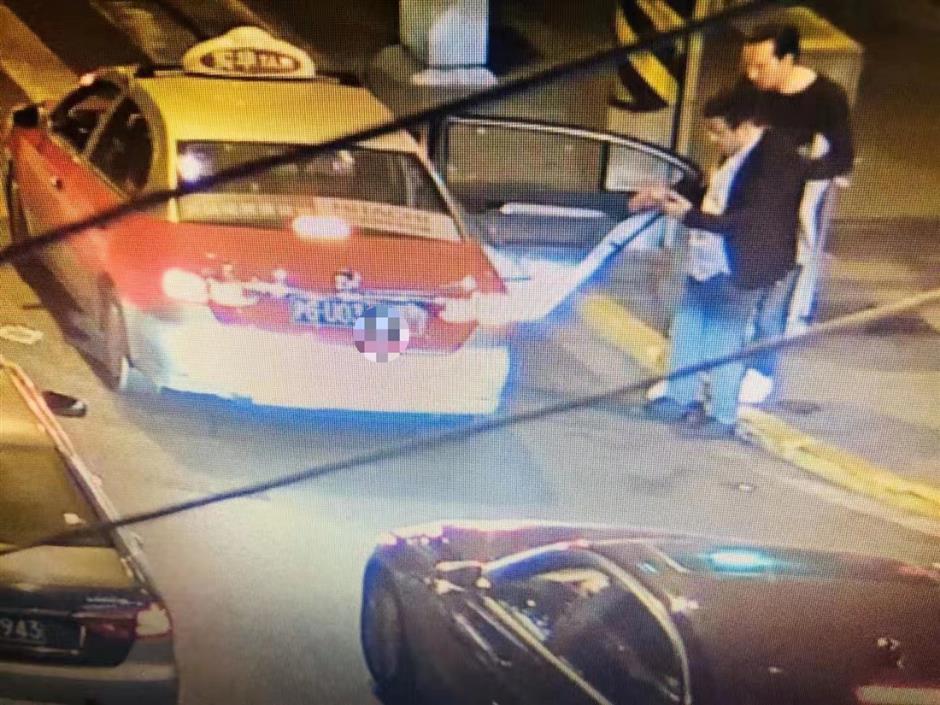 A foreign exhibitor is seen getting into a taxi, in which he would later lose his phone. 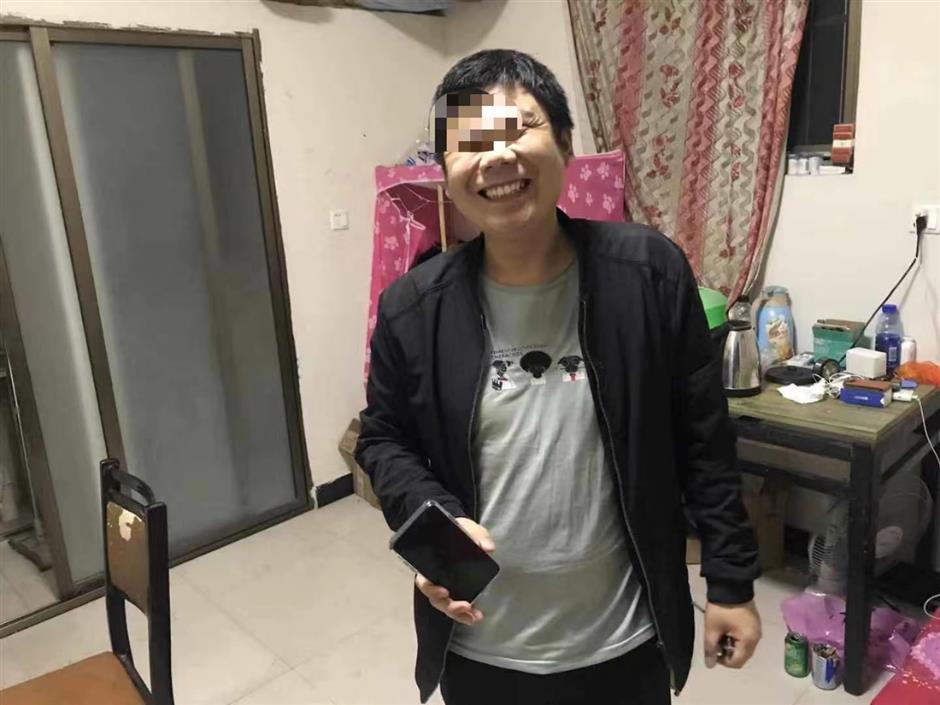 Police take the taxi driver, a man surnamed Zhang, back to his home on the early morning of Monday to get the lost phone back.