Before heading to Shanghai for the China International Import Expo, Guo Hongli stood in front of his collection of kites, wondering which one would be the best to showcase his work to the world.

Guo, a national-level inheritor of intangible cultural heritage from Weifang in Shandong Province, finally decided on a small kite in the shape of a centipede with a dragon's head.

Weifang is known for its kite-flying culture and the city has been holding annual international kite festivals since 1984. Weifang kites often feature ancient Chinese myths, mythical creatures and birds.

“Many countries around the world have a tradition of flying kites,” Guo said. “But I think the cultural context behind our kites is unique.”

That, said Guo, is something beyond entertainment or sport. An artistic spirit lies behind the fine handcraft which features traditional Chinese painting and bamboo making.

“When we fly a kite, we also set high our best wishes to life and friends,” Guo said.

The smallest kite Guo has brought to the expo is no larger than a butterfly, the largest was also one in the shape of a centipede with a dragon's head, fluttering in the wind above the Shandong intangible cultural heritage pavilion. 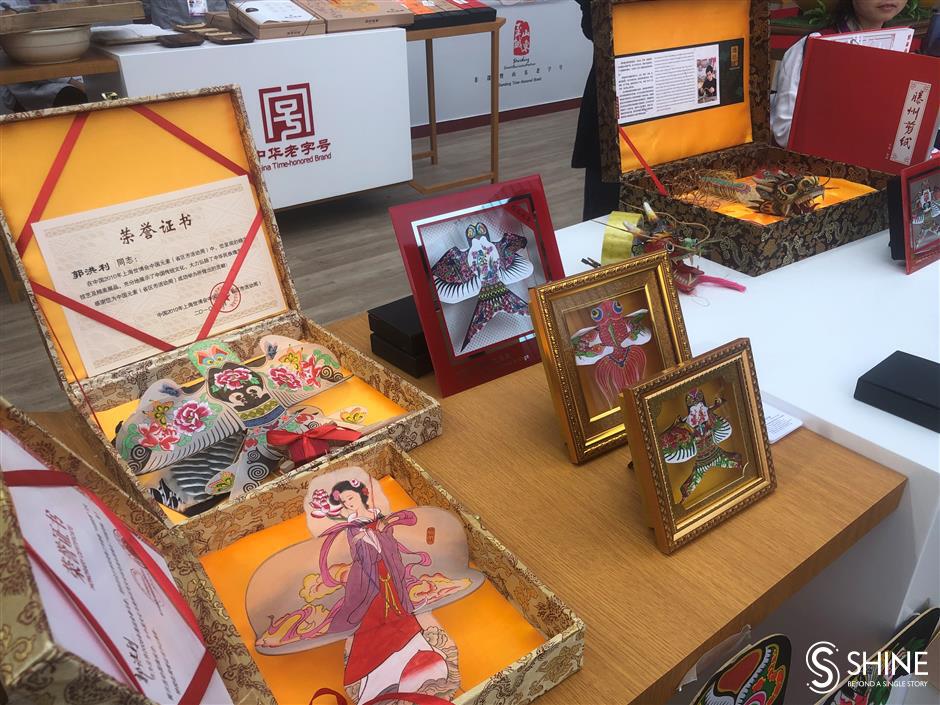 Guo's kites are displayed at the China International Import Expo which opens on Tuesday.

The 48-year-old has been making kites for over 30 years. The centipede with dragon’s head was made more than 10 years ago.

Though the kite is so small that it can go in a box no longer than 30 centimeters, it took Guo more than a month to make.

Guo used 168 bamboo joints to form the dragon's head. The smallest parts of the head are shorter than a centimeter. Before shaping these parts, Guo must first burn the bamboo joints.

“You have to be very careful with the fire for the parts are so small it could have snapped,” said Guo.

Some parts were so small that when he dropped one it was gone forever.

“It was so small that it felt like looking for a needle in a bottle of hay,” said Guo. He just had to make another one.

But the most difficult part, Guo said, was the dragon's beard with curved like waves. Guo first had to grind the bamboo into a thin string before shaping it.

“You have to burn the bamboo and twist it simultaneously, if your hand trembles a bit, the thin bamboo string breaks,” he said.

“It is a peak for me,” said Guo. “My eyesight has got worse in recent years, I can’t make such delicate kites anymore.”

Like many other inheritors of intangible cultural heritage, Guo faces a dilemma in that making kites is not that profitable compared with the time and energy required.

“Young lads now prefer jobs that can bring them pay checks quickly rather than sitting on a chair to make a kite which has no income security whatsoever,” Guo said.

In 2008, Guo founded a company designing and making kites for export. Last year, exports reached one million yuan (US$142,300). The factory now not only makes kites, but also sells packs which contain all the material customers would need to make their own.

"We don’t just make kites, we also try to teach people to make kites and help them to find out the fun of kites,” Guo said.

After the expo, Guo is going to Southeast Asia to teach children how to make kites.

“I’m an inheritor of the culture, it is also an important job of mine to let the heritage pass on to the next generation,” he said. 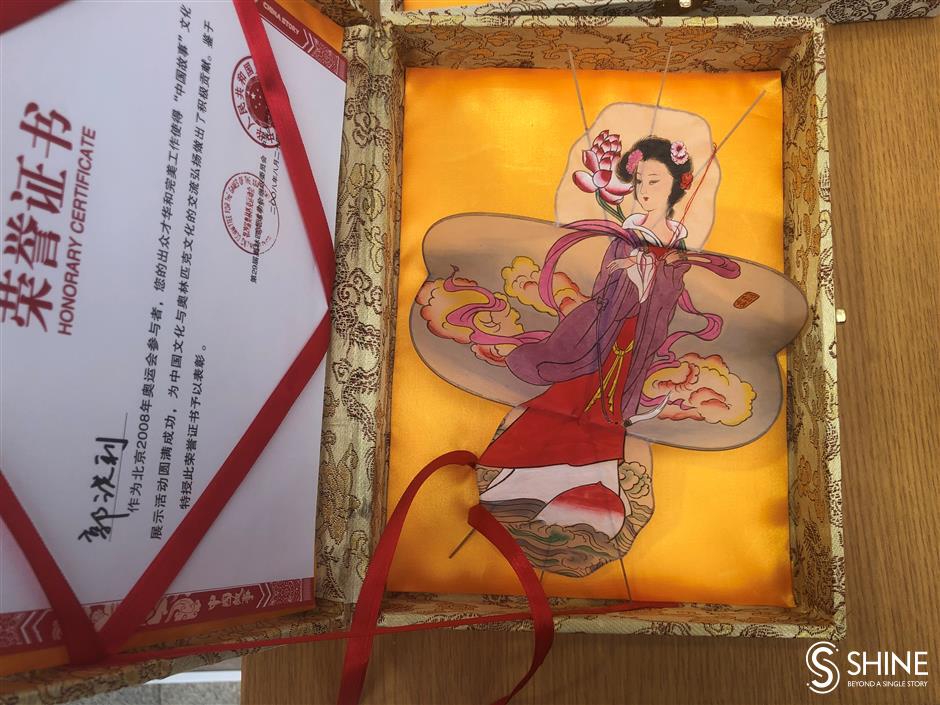 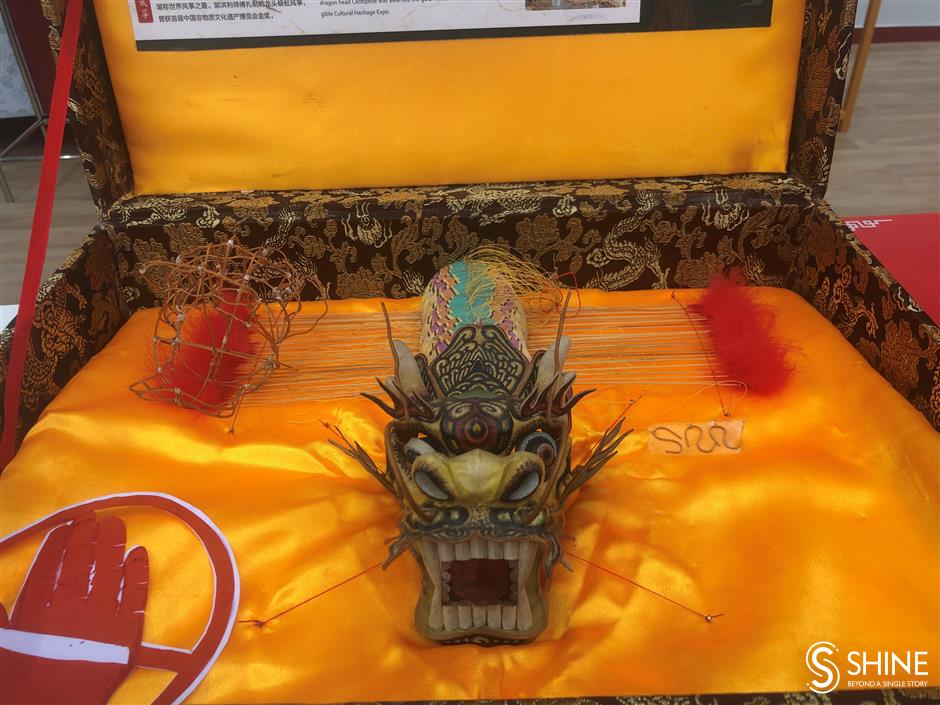 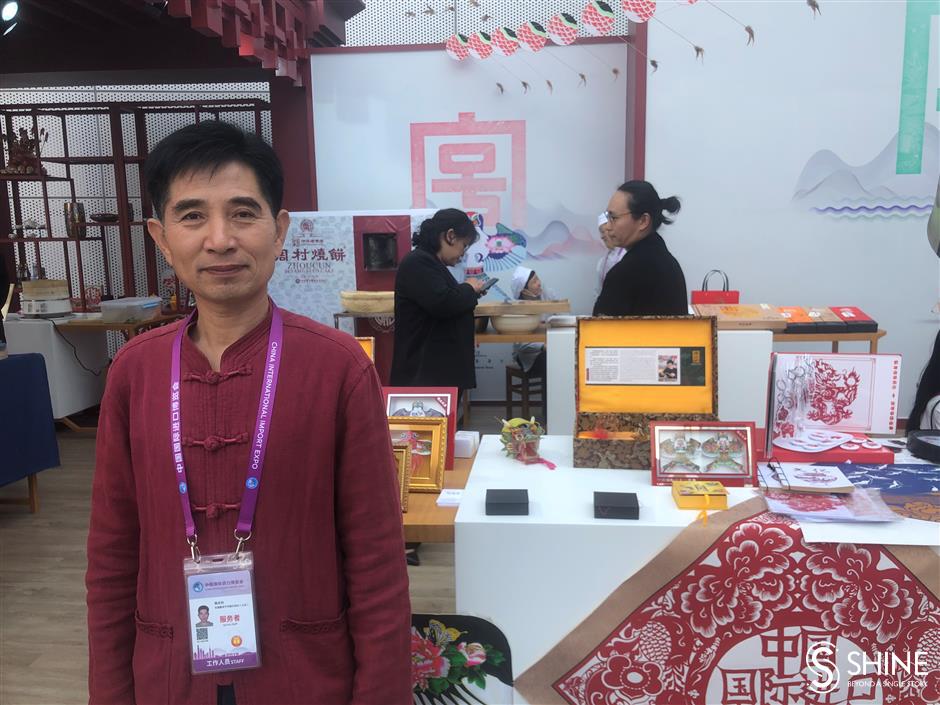 Guo Hongli stands in front of his collection of kites.