Many visitors to the sci-tech life and lifestyle hall of the China International Import Expo are noticing a cube made of fluoropolymer film known as “Fluon.”

Japan-based Asahi Glass Co (AGC) is the manufacturer of the trademarked “Fluon” material, which has also been used on the surface of Shanghai’s landmark Oriental Pearl TV Tower, as well as world-class sports venues including the Allianz Arena in Munich, Germany, and the National Swimming Center in Beijing.

At this year’s CIIE, the company is putting over 20 high-end and high-tech productions on display, including a glass mounted antenna for 5G and transparent glass screen for automobile. 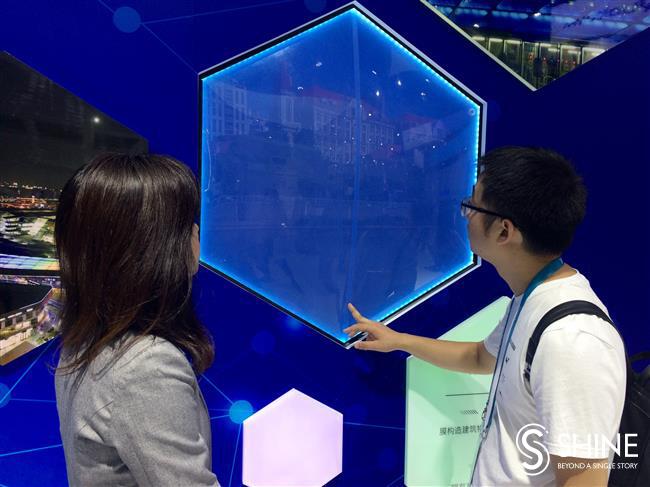 CIIE visitors look at a "Fluon" cube, which is the surface material used for the National Swimming Center in Beijing.

A dual side display device is one of its latest, signature productions. The device is capable of displaying high-definition content on opposite sides of a thin glass, which can be applied in public transportation as well as advertisement boards.

According to AGC, the device has already been put into use in Japan’s public transport system, and is planned to enter the Chinese market in 2020.

The other signature product is an electric-paper screen designed for bus stops. The anti-reflective, low-energy screen allows passengers to read information clearly in all weather conditions. The screen has already been put into trial use at a few Shanghai bus stops.

“Chinese customers have a broad field of vision. Therefore, we push ourselves to continuously make innovations in our technology and production variety so as to meet their expectation and demand,” said Toshihiro Ueda, chairman and general manager of AGC (China). 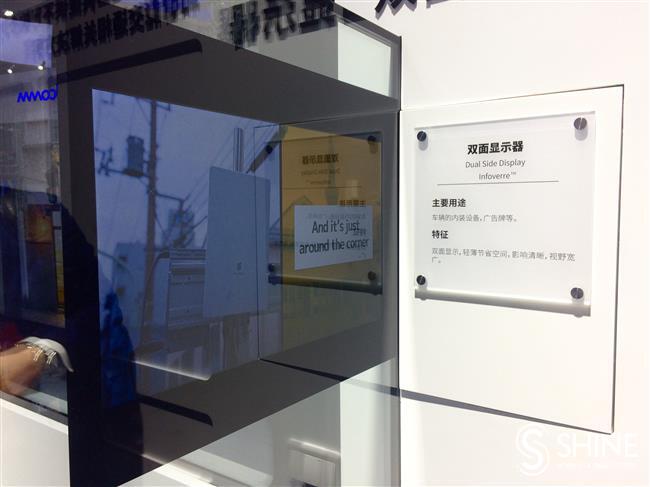 One of AGC’s innovative exploration was during the 2014 FIFA World Cup, when they used a cellphone screen material to produce glass roofs for player benches in all 12 World Cup venues in Brazil. The roofs were made from chemically strengthened glass known as “Dragontrail,” which provides unparalleled visibility, durability and damage resistance.

“The material was originally developed to protect small electronic devices like smartphones and tablets,” said Ueda. “Its successful application during the World Cup proved that it can be applied to large fixtures, paving the way for greater potential to be explored by architects and designers.”

According to Ueda, the majority of the company’s Chinese clients are in the fields of mobile phones, automobile and display device.

Ueda said AGC has already built up several manufacturing plants in China, with the latest located in Suzhou, Jiangsu Province, where glass for car-mounted displays will be produced. 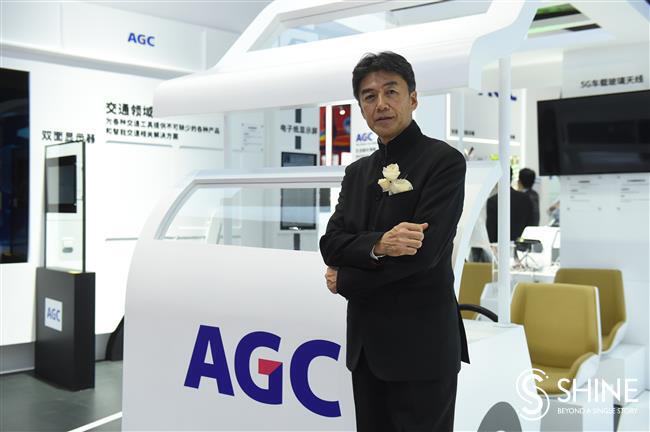