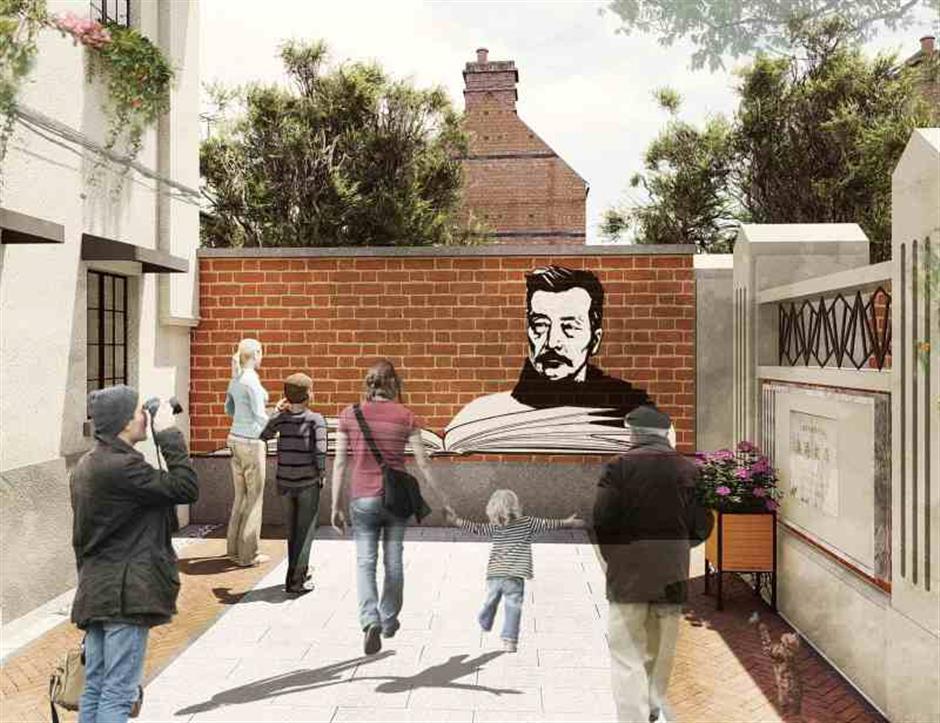 An artistic rendition of the 132 Shanyin Road neighborhood after a subtle facelift to start on Tuesday.

A historic neighborhood where Lu Xun, the “father of modern Chinese literature,” spent the last three years before his death in 1936 is to be given a facelift.

Work on a lane at Continental Terrace, built in 1931 on Shanyin Road in Hongkou District, will preserve the new lane-style buildings, an evolved shikumen (stone-gate) architecture, while highlighting the heritage of the man of letters.

Lu Xun, whose real name was Zhou Shuren, influenced the thinking of many 20th century Chinese people with his often biting short stories, poetry, translations, essays and literary criticisms. Chairman Mao Zedong called him the “the saint of modern China.”

He wrote many influential essays in the three-story apartment as well as meeting Communist Party leader Qu Qiubai (1899-1935) and other left-wing writers.

The former residence is open to public as part of the exhibitions of the Shanghai Lu Xun Museum in Lu Xun Park about 500 meters away.

During the renovation, a stereograph of Lu's bust and his famous books will be painted on the wall at the end of the neighborhood. New lighting will make it more convenient for visitors to the residence at night.

The ground of the neighborhood will be paved with red tiles, while the biography of Lu will be marked on the tiles.

For the other residential houses, uniform awnings and hanging flower boxes will be installed.

"The facelift aims to involve more elements about Lu to the neighborhood and improve its modernity," said an official with the Sichuan Road N. Subdistrict.

The neighborhood, initially built by Chinese-owned Continental Bank, has six rows of new lane-style houses. It hasn't been renovated for decades and some of the structures are damaged, according to the subdistrict.

The corridor leading to Lu's former residence is often occupied by bicycles. The appearance of the buildings have no uniform decoration and designs.

The cultural exhibition is also out of date, and more exhibitions are needed to remind visitors about the building's history, the official said.

The current condition of the 132 Shanyin Road neighborhood and the former residence of Lu Xun. 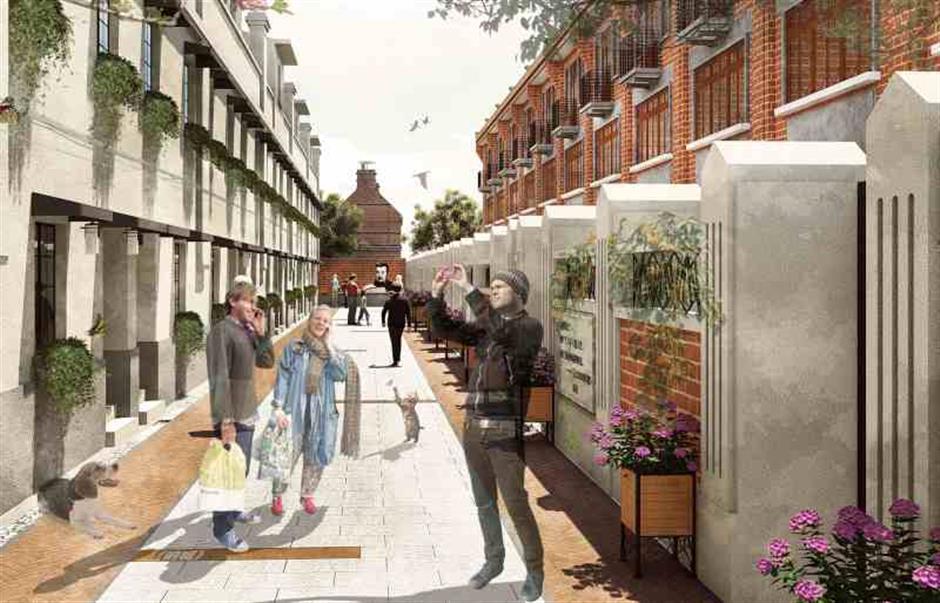 An artist's rendition of the 132 Shanyin Road neighborhood after a the facelift which is due to start on Tuesday.

The former residence, opened to public in January 1951, was the original site for the Lu Xun museum and the first memorial site honoring Lu.

Preparatory work on the museum began in June 1950, with many of the participating government officials either friends or students of Lu. Premier Zhou Enlai assigned Xu Guangping, Lu Xun’s widow, to serve as a deputy secretary-general of the State Council in Beijing to guide the preparatory work.

The three-story home was restored under Xu’s guidance and she moved the original furniture back to the house.

As the number of visitors exceeded the capacity of the former residence, the government decided to renovate a nearby former navy warehouse to house the museum in 1999.

The project is part of an ongoing campaign on Shanyin Road, which is considered an open-air museum of the city’s old residences.

The first road built in Hongkou in 1911 (formerly known as Scott Road) features houses and villas in English, Japanese and shikumen styles.

Renovation is also ongoing on the nearby memorial site of the League of the Left-Wing Writers in Shanghai which was established in the 1930s with the guidance of Lu to fight Kuomintang repression at home amid a worsening international situation.

The British neoclassic-style garden villa, a listed heritage structure, was built in 1924 and converted into the exhibition site in December 2001. The renovation mainly repairs leaks, eliminates termites and fixes many broken parts to restore its original look. The third floor of the building, which is currently used as offices, will be open to the public.

Many new exhibits donated by descendants of left-wing writers in recent years will be displayed in the expanded exhibition space, according to the district's culture bureau. 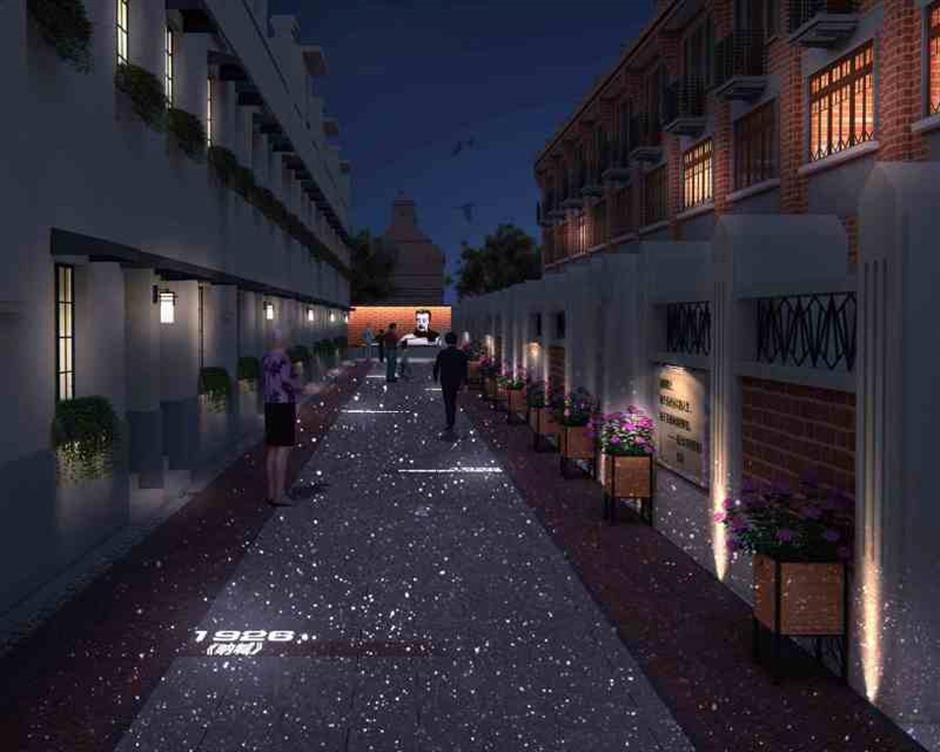 An artist's rendition of the 132 Shanyin Road neighborhood after its facelift. 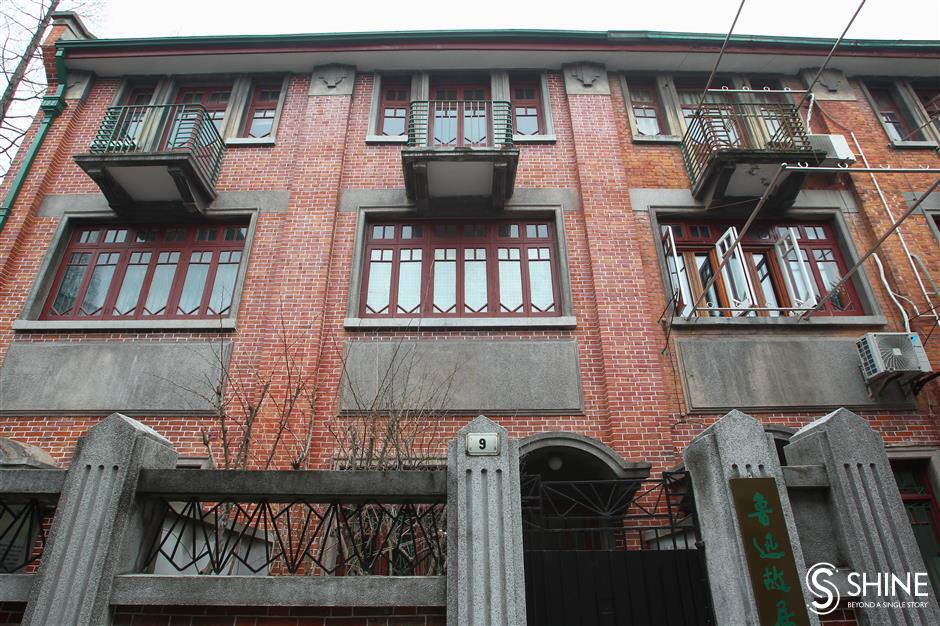 The buildings at 132 Shanyin Road neighborhood where Lu Xun once lives. 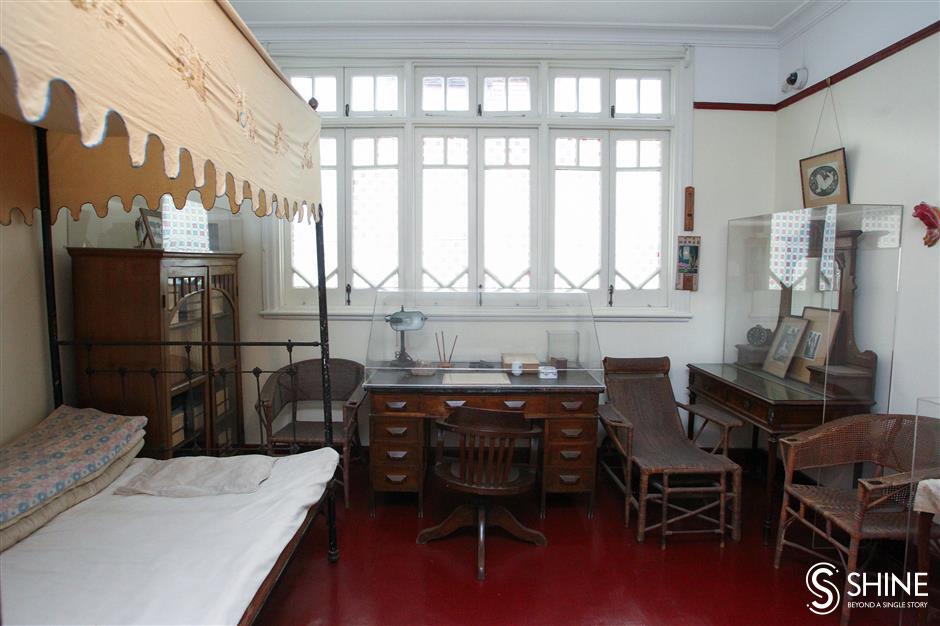 Lu Xun’s former residence on Shanyin Road was restored with the help of Lu’s widow Xu Guangping. She moved the original furniture back to the house. 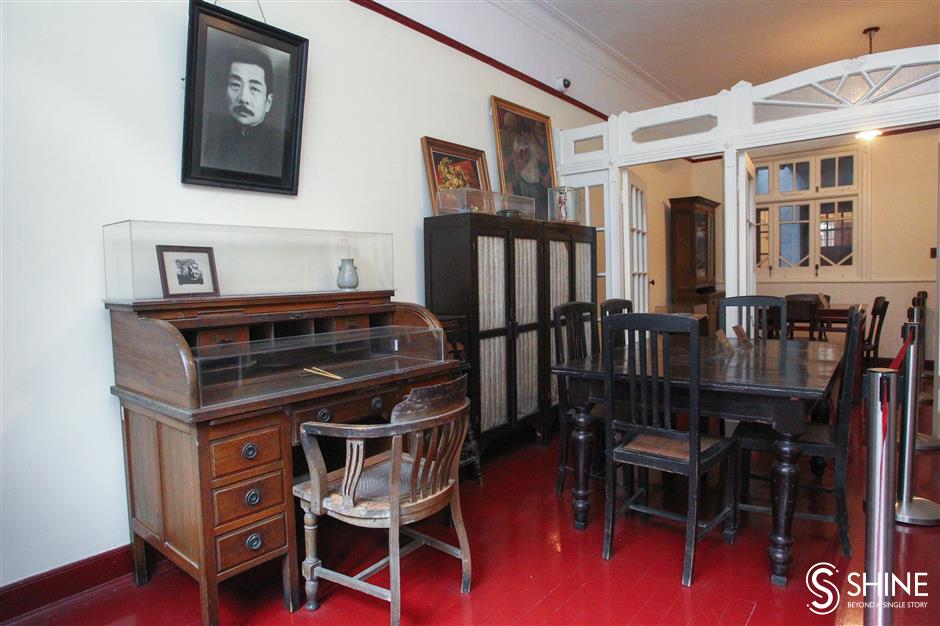 Lu The original furniture is a feature of the Xun’s former residence on Shanyin Road after its restoration.