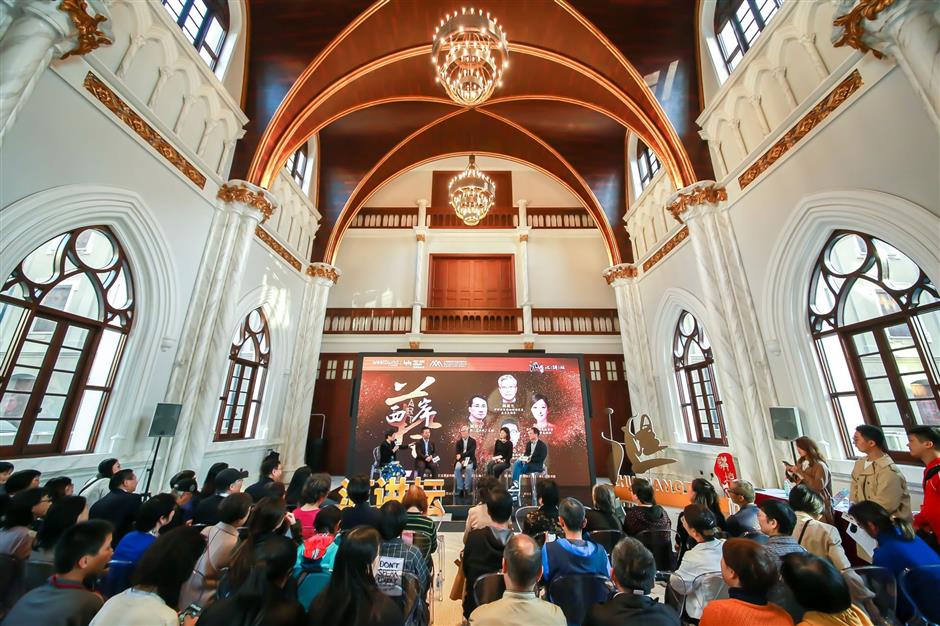 Officials and artists attend the Hui Forum on Saturday.

The West Bund waterfront in Xuhui District will have over 20 art galleries and theaters by 2020.

Many of the projects are already open in the region that was once home to China's early industries. Industrial sites have been converted into cultural sites such as the West Bund Art Center, Tank Shanghai, the Long and Yuz museums.

Ongoing projects include the Star Museum, which is being developed in the No.18 warehouse of Nanpu Station of the city's earliest cargo railway. The project will open next year.

Officials and artists involved in projects on the riverside attended the Hui Forum on Saturday. 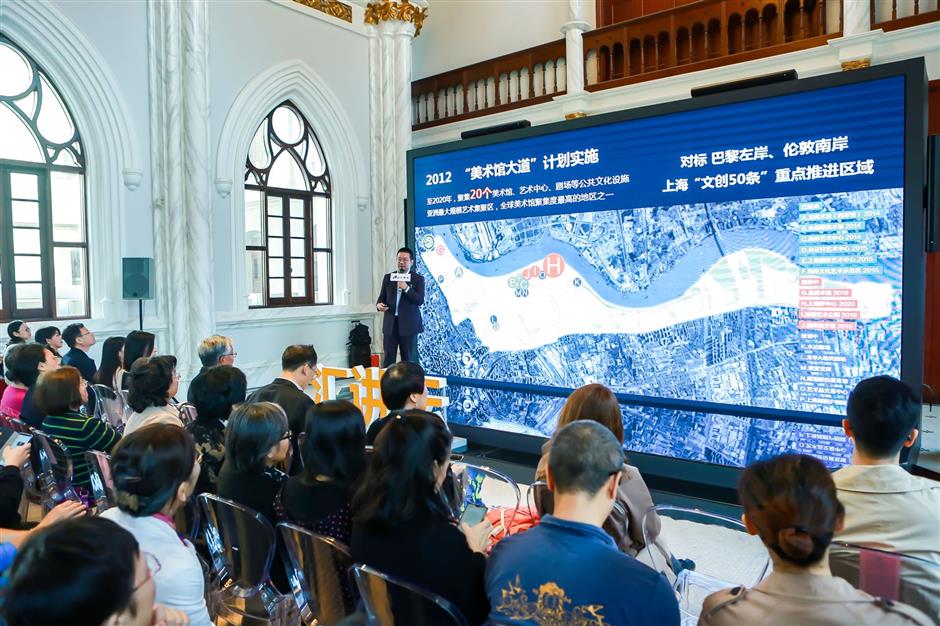 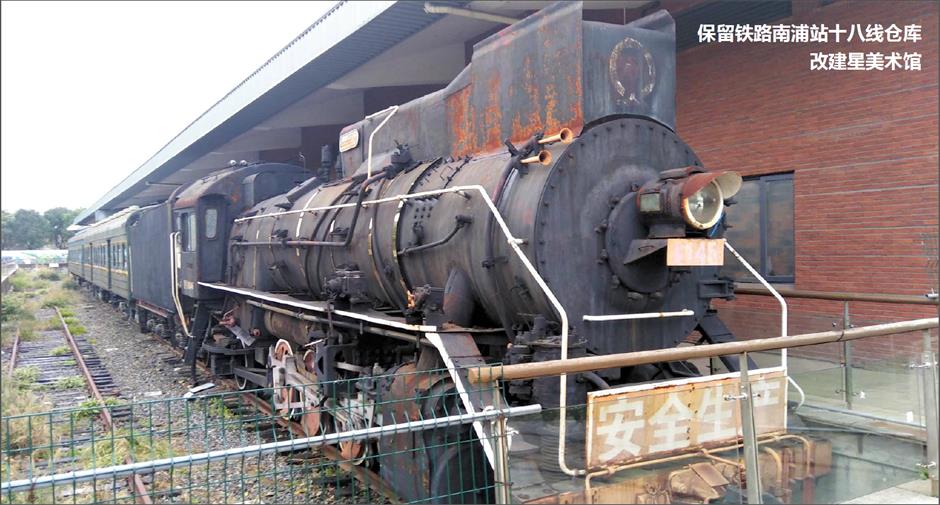 Nanpu Station on the city's earliest cargo railway is to become a museum.

The new waterfront museum covering 25,000 square meters was designed by British architect David Chipperfield. Two exhibitions, “The Shape of Time” and “Observations,” are being held, featuring more than 100 exhibits from Centre Pompidoud.

Sotheby's, the world’s oldest auction house, has established a wholly-controlled subsidiary in the West Bund and is staging an exhibition of works from contemporary artists Andy Warhol and Jean-Michel Basquiat.

Sotheby’s Fan Beibei said young collectors in China are spending more time and money on art. During Sotheby’s autumn auctions in Hong Kong, about a fourth of buyers were under 40, compared with only 15 percent in New York.

"The exhibition allows Chinese art lovers to see original works by top artists and learn the stories and ideas behind their work," she added. 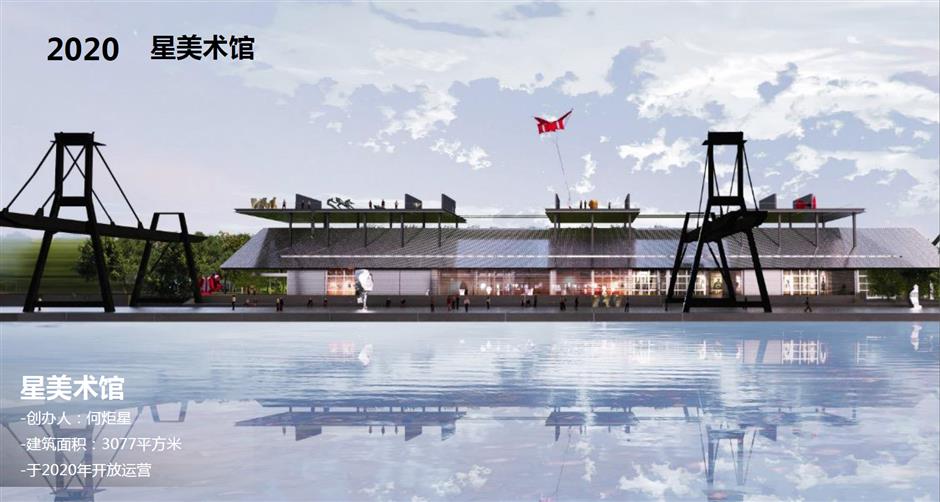 An artist's rendition of Star Museum