A green channel for human organ delivery has achieved great results by shortening the time it takes to transport organs to recipients, said the National Health Commission in Shanghai on Tuesday.

Since the program was first announced in 2016, a comprehensive system has been set up, including a 24-hour emergency hotline for coordination and a mechanism between authorities at airports, railway, road and airlines to offer quicker check-in and boarding, smoother transfers and various emergency supports.

“Organ transportation times have been reduced by 1 to 1.5 hours, the sharing rate of organs has increased by 8 percent, and use rate increased by 6.7 percent after the green channel was established,” said Guo Yanhong from the National Health Commission. “The time for organ transportation is very limited. The longer the wait, the poorer effects of the transplant.”

Between harvesting and transplantation, the maximum time window for a liver is 12 hours, 24 hours for kidneys, six to eight hours for hearts and eight to 12 hours for lungs. Even within these limits, the quality and transplant effects can be seriously impacted during transportation.

“The organ transplant process is a race against time. Any mistake or delay during the process can make donated organs unusable or dysfunctional,” Guo said.

China has been encouraging organ donation and set up a national organ registration, distribution and sharing platform.

About 70,000 patients with organ failure has received organs through the China Organ Transplant Response System for a fair and scientific organ distribution, and some 50,000 patients are on the waiting list, according to the commission.

The wait can be caused by a lack of donations and the waste of donated organs caused by storage and transportation problems.

“My team escorted a donated lung from Tianjin to Shanghai via airplane and arrived in Wuxi by railway yesterday. Thanks to the green channel, the whole process only took four hours and 10 minutes. Going from Hongqiao airport to Hongqiao railway station was only six or seven minutes. This would have been unbelievable in the past,” Chen said. “With the green channel, we can go to more remote regions to harvest or transplant organs and carry out transplant surgery in rural regions in order to save more local patients and train local medical staff.”

Officials said China has received great improvement in organ donation and transplant in recent years. Both the donation quantity and organ transplant surgeries in China has ranked No. 2 in the world last year. So far, some 1.25 million people have registered to donate their organs.

The two airports in Shanghai are the largest recipients of organs via air. The city's two airlines together transported 44 percent of organs through air last year. 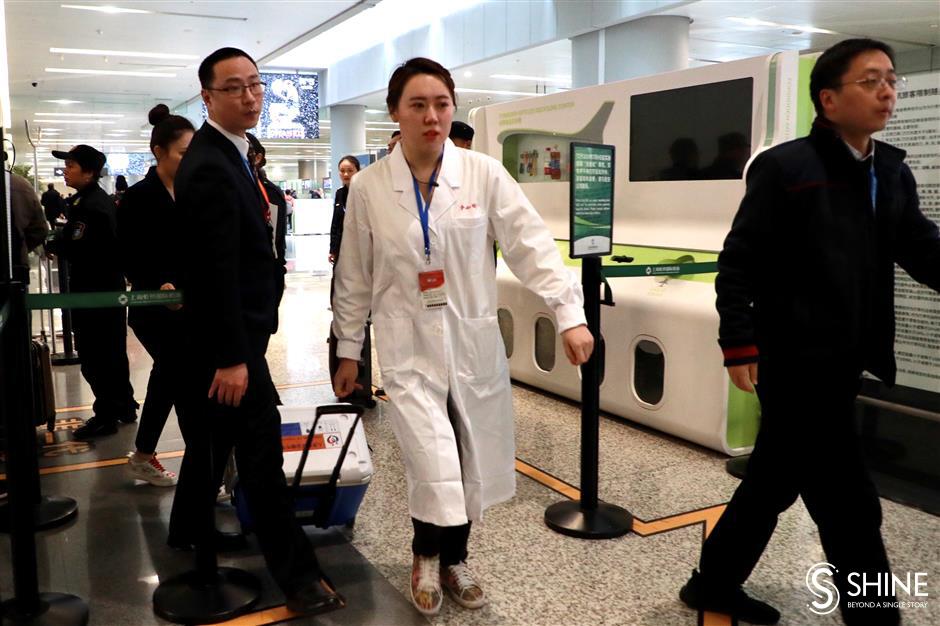 Medical staff are escorted by airport personal at Shanghai Hongqiao International Airport through a green channel from the airport to Hongqiao railway station for quicker organ transpor in a demonstration on Tuesday. 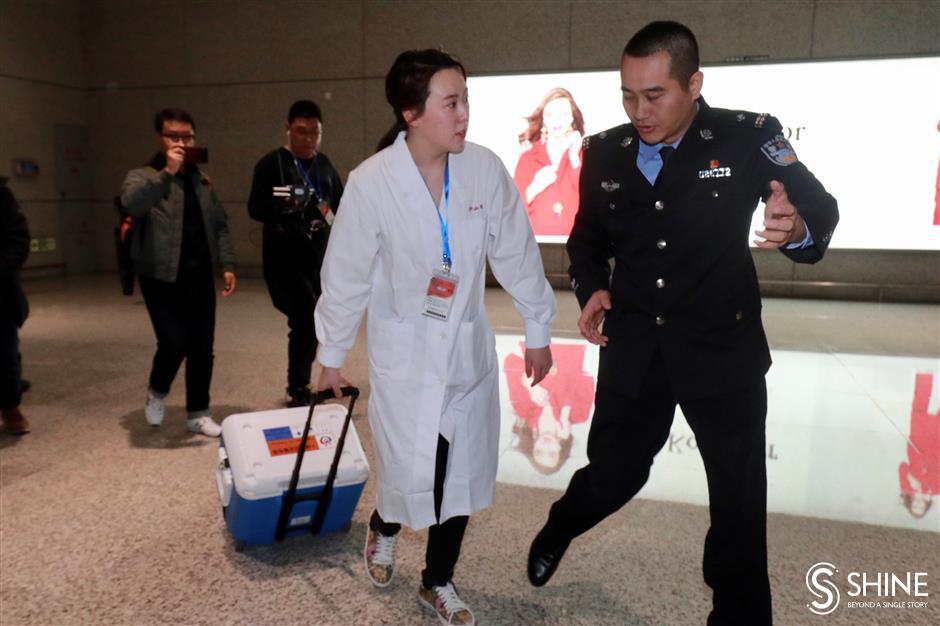 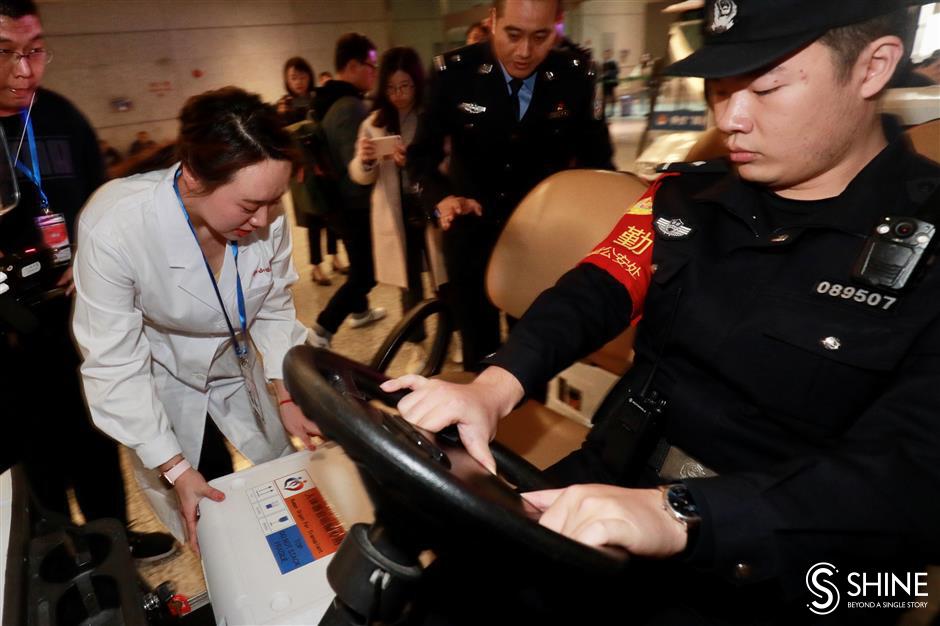 Medical staff transport an organ from the airport to the railway station through a green channel in a demonstration on Tuesday.