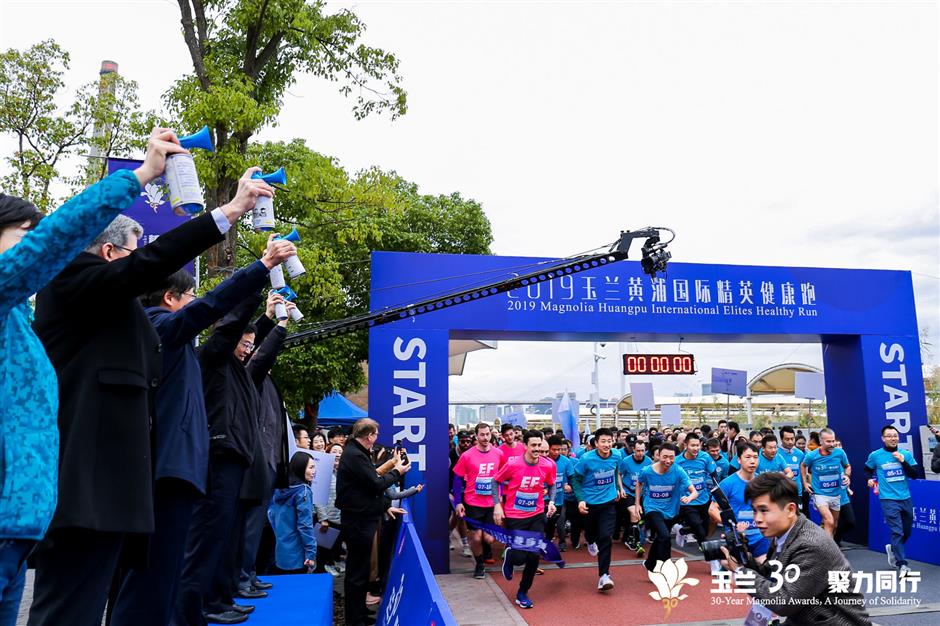 About 200 runners led by the city's Magnolia Awards winners jog along the Huangpu River waterfront on Saturday.

About 200 runners, led by the city's Magnolia Awards winners, jogged along the downtown Huangpu River waterfront on Saturday to celebrate the 30th anniversary of the award.

The winners of the award, expatriates who have made significant contributions to Shanghai, led 10 teams, mainly from local foreign enterprises.

The district is home to 42 winners of the award, named after the city flower, and launched by the city in 1989.

The runners set off from near the Power Station of Art, once the Nanshi Power Plant, heading for Yuanwang-1, China’s first-generation aerospace survey ship, retired in 2010 and now exhibited along the river. 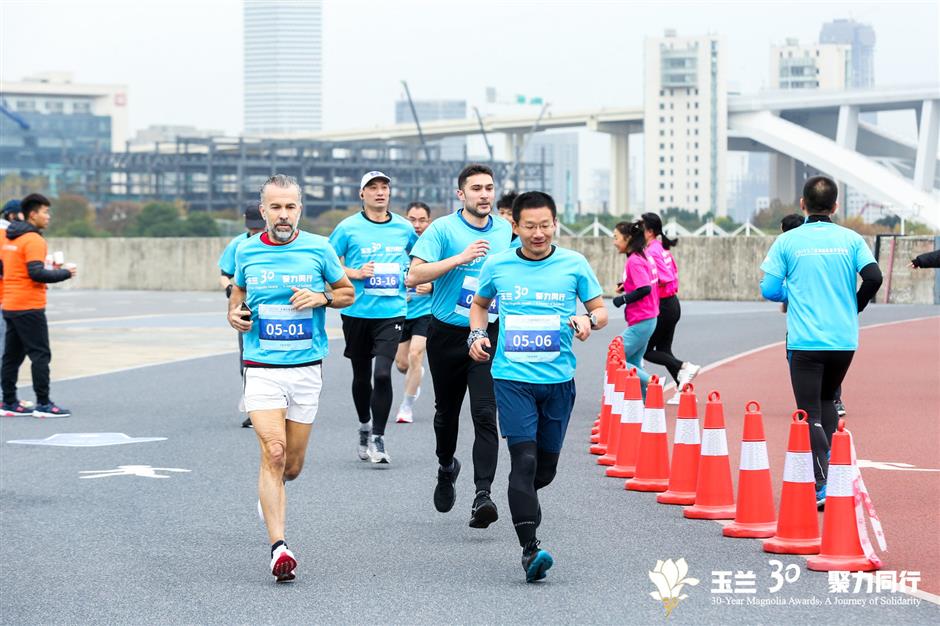 About 200 runners jog along the Huangpu waterfront on Saturday. 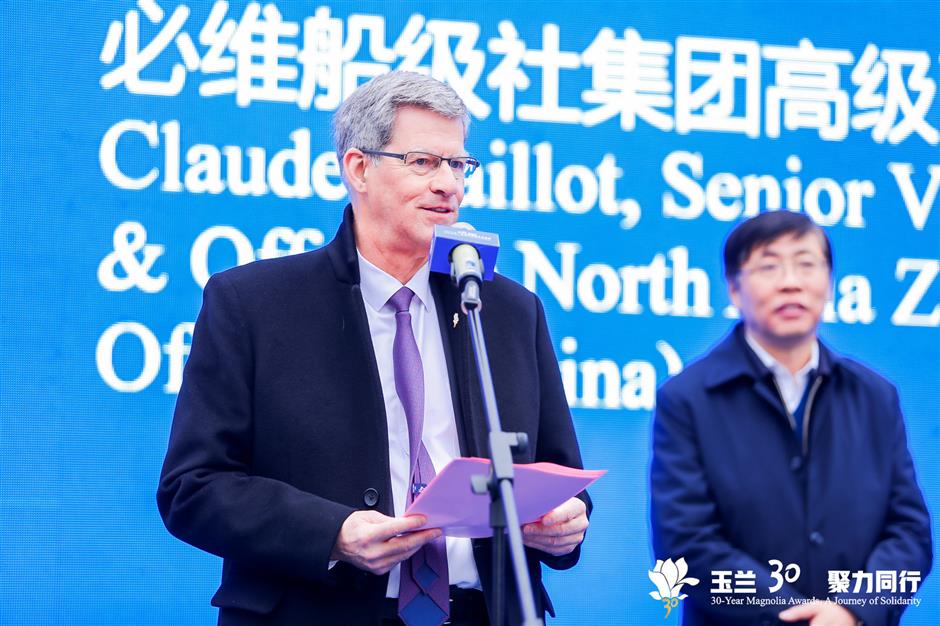 Maillot, the winner of the Magnolia Gold Award this year and Silver Award in 2016, proposed establishing a "Magnolia Huangpu Club" for the winners.

"Winning the Magnolia Awards has not only increased my motivation to keep moving forward, but also provided me with a broader platform for development," he said.

"It is through the platform that I have met many eminent friends from other industries, established partnership with them, or become their friend in daily life," he added.

Bureau Veritas set up a representative office on the Bund about 100 years ago. In 1993, the company resumed the business in China and chose to open its office in Huangpu again.

Marco Pellizzer, vice president and general manager of China and Japan of CITS American Express Global Business Travel, said the event is important for him and his team to celebrate the success, growth and teamwork in Shanghai. He traveled to the city from Hong Kong to take part in the event.

"It is a great opportunity to meet many of the other awardees, and share experiences and memories. Being a magnolia awardee is a great honor for all of us and we all share the responsibility, collectively and individually, to contribute to the further enhancement of Shanghai," said Pellizzer, winner of Magnolia Gold Award in 2016 and the silver award in 2014.

The serial events for the 30th anniversary of the Magnolia Awards are expected to further gather the strength of the winners and nominators to help to create a more open and optimized business environment, according to the organizer. 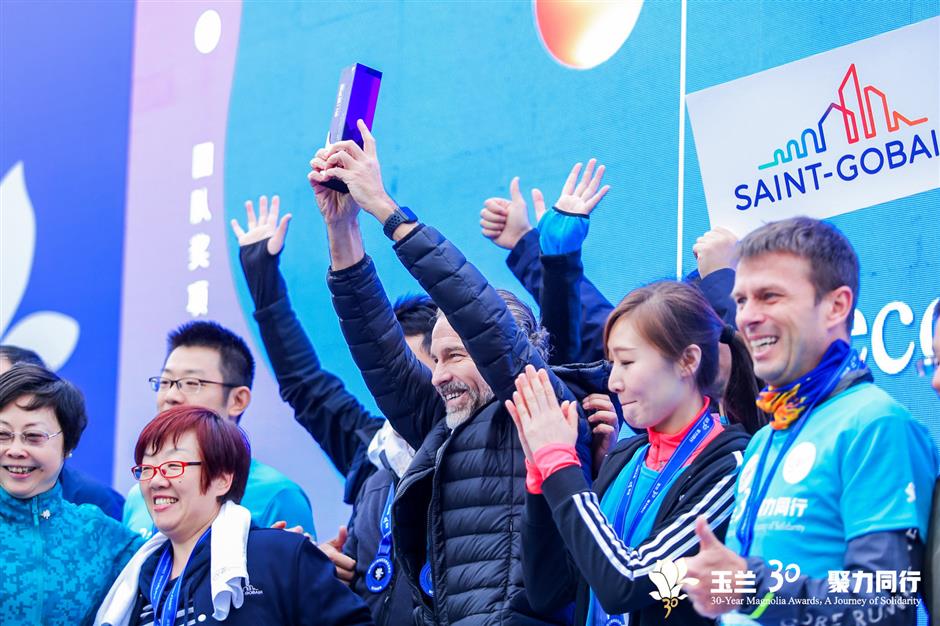 Winners of the running event celebrate on the waterfront of Huangpu District. 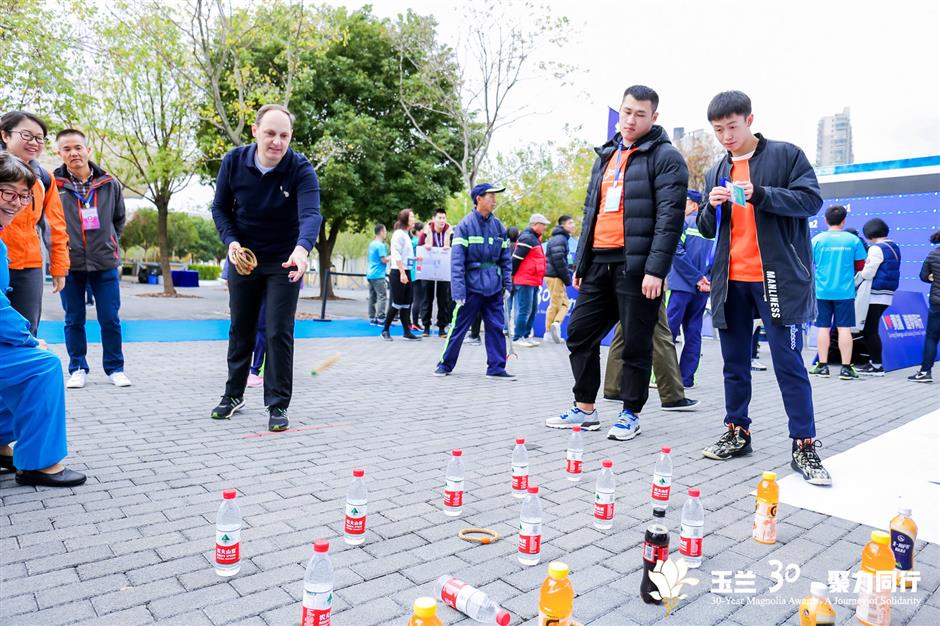 A Magnolia Award winner tries some jiuzi games, literally the “nine games” traditionally played in lanes 50 years ago, on the Huangpu waterfront. 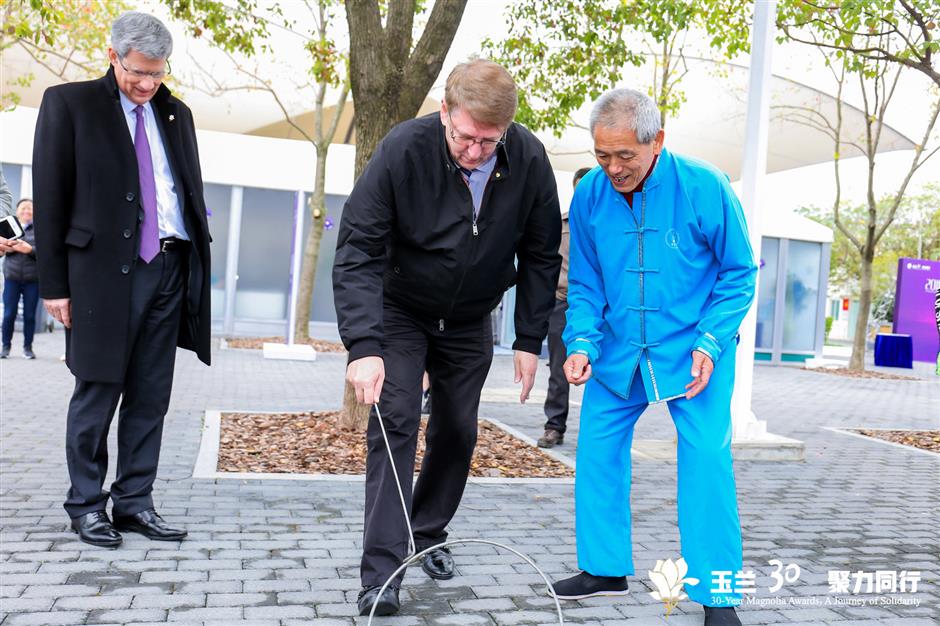