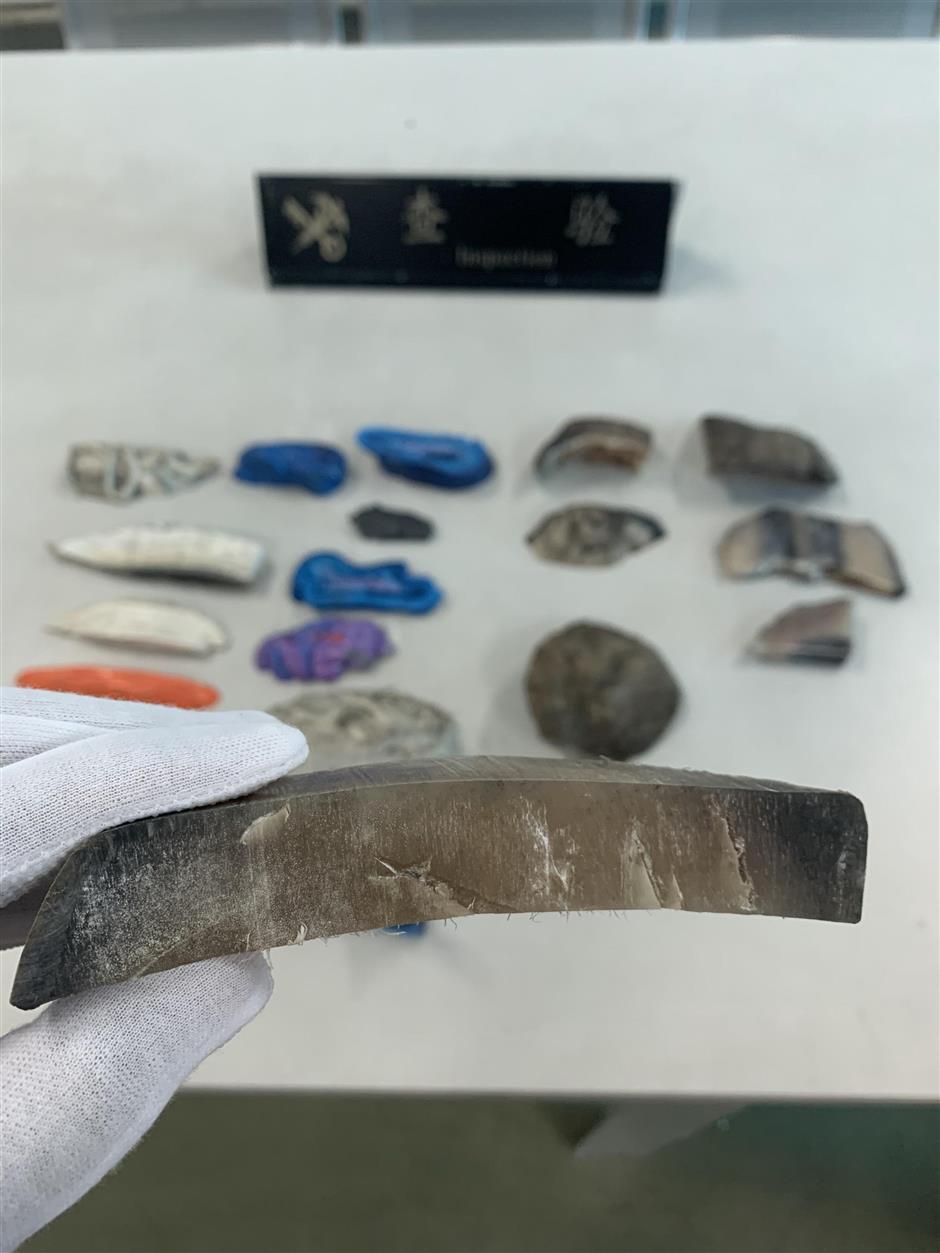 Shanghai Customs has seized nearly 1 kilogram of rhinoceros horn and delivered them for further investigation, the authority released on Tuesday.

According to customs officers at the Shanghai Pudong International Airport, on November 7, they found a batch of parcels from South Africa that were suspected of containing smuggled articles.

After opening the boxes, officers found some plastic-like blocks and tests showed they were rhinoceros horns.

This year, customs authorities have intercepted several batches of rhinoceros horns at local airports. Prior to this case, the Shanghai Hongqiao International Airport had seized eight rhinoceros horns and 24 horn products which together weighed more than 12 kilograms. 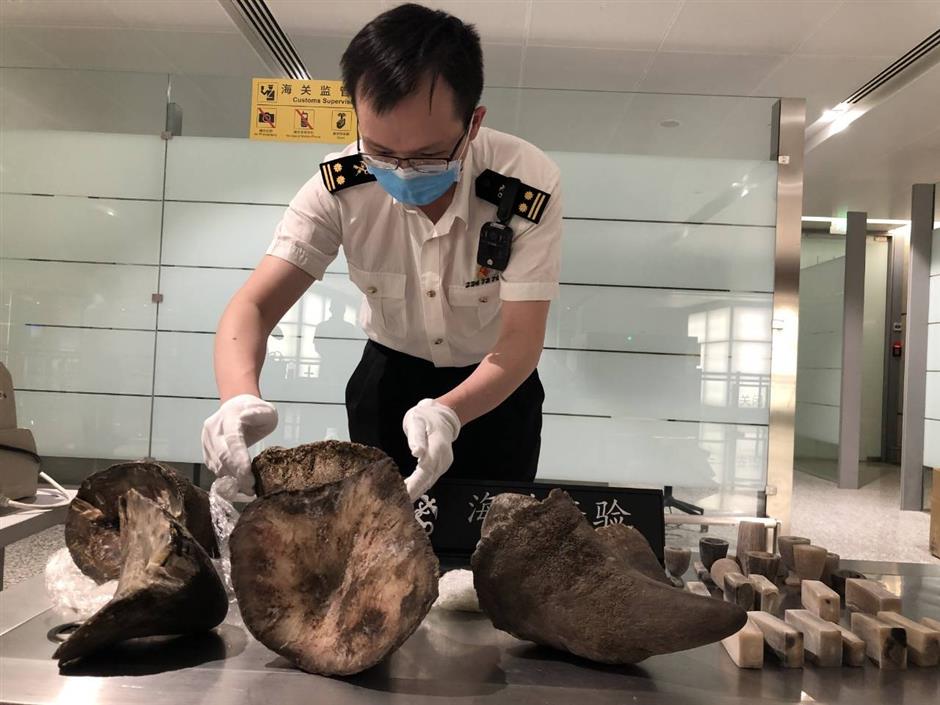 Customs officers at the Shanghai Hongqiao International Airport have seized the airport's largest haul of smuggled rhinoceros horns and products.

On July 1, customs officers at the Hongqiao airport discovered a load of rhinoceros horns during a luggage screening.

After confronting two suspects at the airport, a further investigation showed that a gang of three smuggled rhino horns from South Africa to Shanghai through Hong Kong.

The 31 pieces of rhinoceros horns and products weighed nearly 10 kilograms and were valued at an estimated 2.45 million yuan (US$350,000). The case is still under investigation.

In some East Asian countries like China and South Korea, rhinoceros horns are often made into medicine. In Arabic countries, they are made into crafts to show social status.

China banned rhinoceros horn trading in 1993 and gives tough punishments for sales and transportation of horns or related products.