It costs a family about 800,000 yuan (US$113,665) to raise a child from birth to graduation from middle school in Shanghai, according to a new report by the Shanghai Academy of Social Sciences.

This conclusion is based on research conducted by the academy’s city and population development research team in downtown Jing’an District and suburban Minhang District in July and August.

The research also finds that low-income families spend a higher percentage of  income on education, which means such families face a higher burden when it comes to supporting a child.

In Jing’an, families earning between 50,000 and 90,000 yuan per year spend about half of their income on their children. Those earning less than 50,000 yuan spend more than 70 percent on child-rearing, including 43.82 percent on education.

“I doubted whether low-income families would spend so much on their children’s education, but it’s natural for middle-income families to spend more than 50,000 yuan per year,” said Fu Rui, a mother in Minhang whose daughter is a first grader. She said her own family belongs to the middle-income category.

“Many of my daughter’s classmates are attending cramming classes after school,” she said. “Take my daughter for example. We spend nearly 20,000 yuan a year on English classes and another 20,000 yuan on dancing, painting and piano. As she is now a primary school pupil, we also plan to have her attend cramming classes on other subjects, such as Chinese and math, and summer or winter camps. I estimate these will cost at least another 40,000 yuan per year. Programming is also popular now and I’m thinking about letting her try, if time allows. There will be a trade-off, but I think it will be well above 50,000 yuan a year in total.” 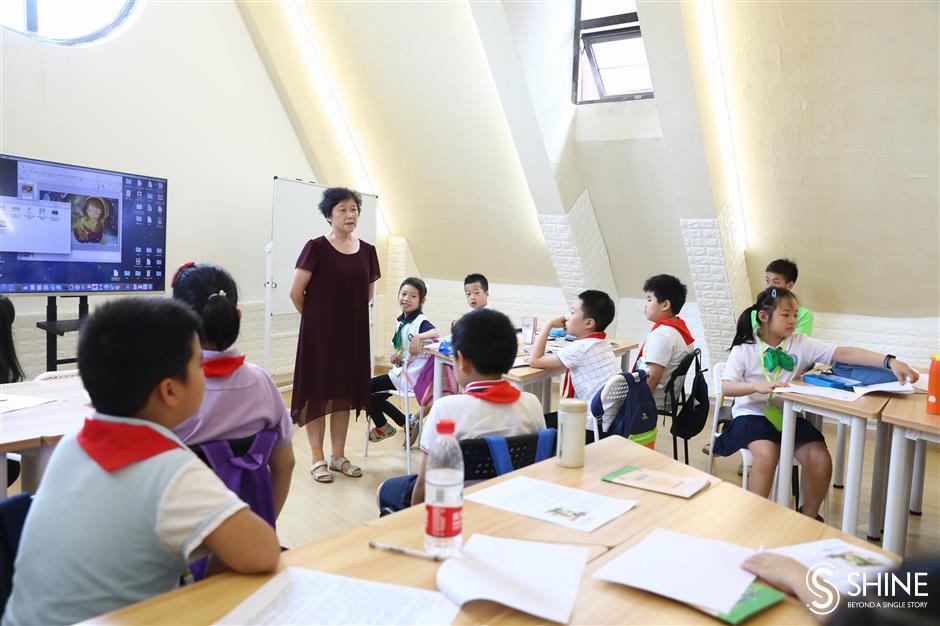 In another citywide survey conducted by the team on more than 3,000 students in seven local schools between 2012 and 2017, over 25 percent of families spent more than 10,000 yuan annually on cramming.

Zhou Haiwang, deputy director of the academy’s city and population development research institute, said the high cost of education has become one of the reasons why young couples are reluctant to have children.

On the results of cramming lessons specifically, the report finds that students cramming in Chinese scored about three points higher on average in tests than those not cramming. The advantage for crammers was nine points in math and 12 points in English.

The survey also found that students spent 2.86 hours on average a day studying at home in 2016, up 0.33 hours from the time they spent in 2011. Only sixth graders spent less time studying, by about seven minutes per day, over the same period. Third graders saw the biggest increase: They devoted 2.88 hours per day on homework, about one hour more than in 2011.

One interesting finding is that when girls and boys study for half an hour at home, girls receive test scores of 85.48 points on average, while boys score only 66.86 points.

Parents’ education background can also affect children’s performance at school. The more the parents are educated, the better children perform.

According to the research, children of parents who received only primary or lower education showed average test scores under 70 points, while those of parents who graduated from college or higher institutions got more than 80 points.

The team also found that the advantages of native Shanghai students against those from out of town has shrunk in all subjects, especially in physics and chemistry, where the gaps have narrowed by about 10 points over five years.

The gap between boys and girls is also shrinking.

“The gaps are narrowing in all subjects, but girls still perform better than boys in general,” said Zhou.

Zhou added that the gap between students in downtown and suburban areas are also becoming narrower.

The survey found that students in downtown Jing’an District had a higher average score than those from suburban Jiading and Qingpu districts both in 2011 and 2016. But Jing’an’s average score declined by 2.29 points from 2011 to 81.7 in 2016; while Qingpu increased by 10.44 points to reach 68.88.

Zhou concluded that the imbalance of education quality in different districts is still serious and deserves attention from authorities.