Five major infrastructure projects — two new tunnels crossing the Huangpu River, two elevated roads and an underground space which will become a Metro station, got under way on Wednesday.

Once completed, they will largely improve the traffic conditions alongside the river.

A map of the Longshui Road S. tunnel. 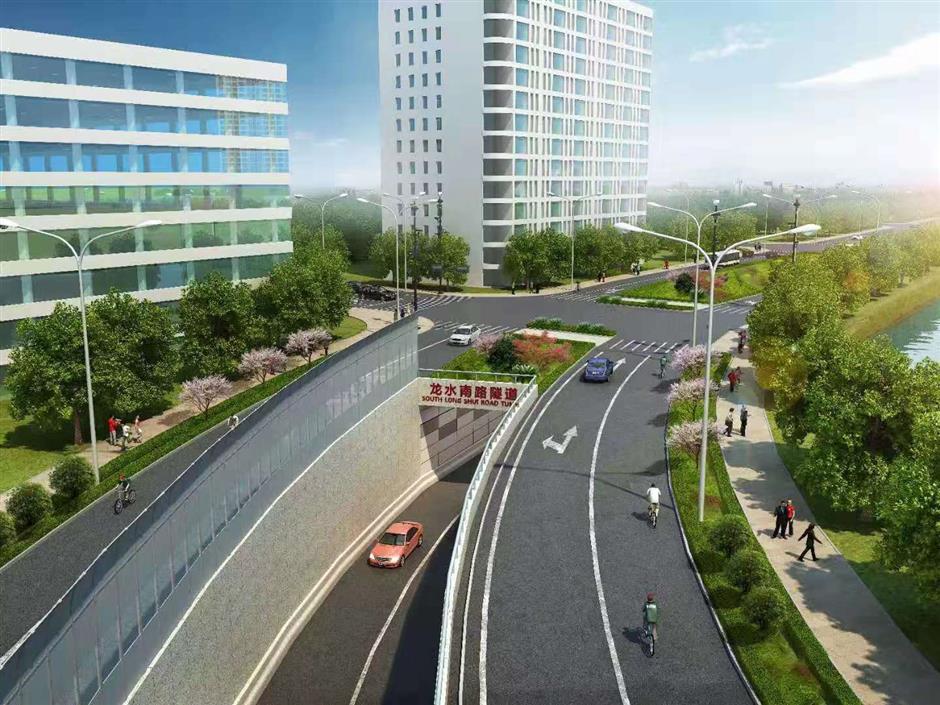 An artist's rendition of the Longshui Road S. tunnel.

The tunnel will have two lanes in each direction with speeds limited at 40 kilometers per hour.

After the tunnel is completed, it will take about 10 minutes to drive to Pudong.

The other tunnel, along with the two elevated roads, are in remote areas alongside the river.

Shanghai Transport Commission said it is important to improve the infrastructure in these areas as the development of the Huangpu River waterfront will reach out to the outer ring.

The underground space is beneath the World Expo Cultural Park which is now under construction.

The space will be used to build a Metro station for Line 19. 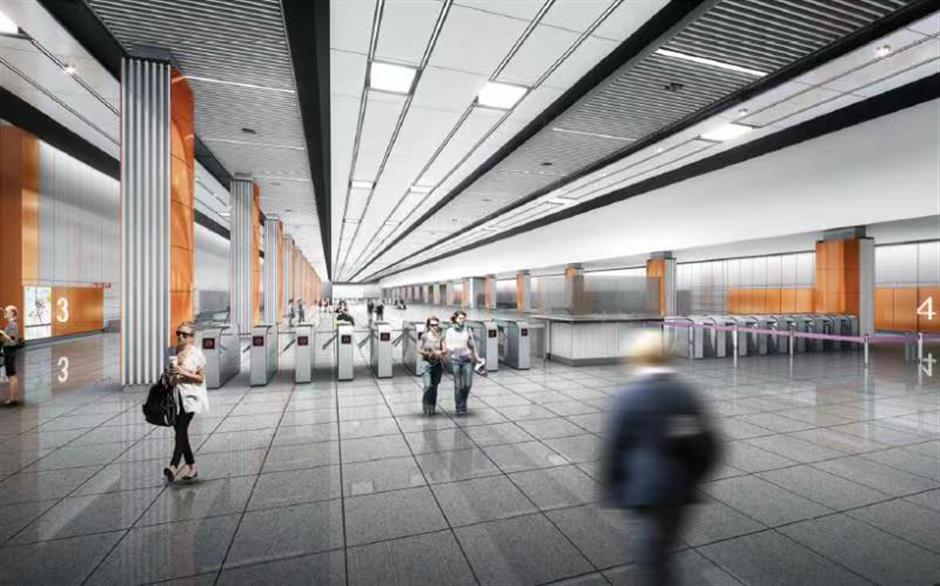 An artist's rendition of the proposed Metro station beneath the World Expo Cultural Park.