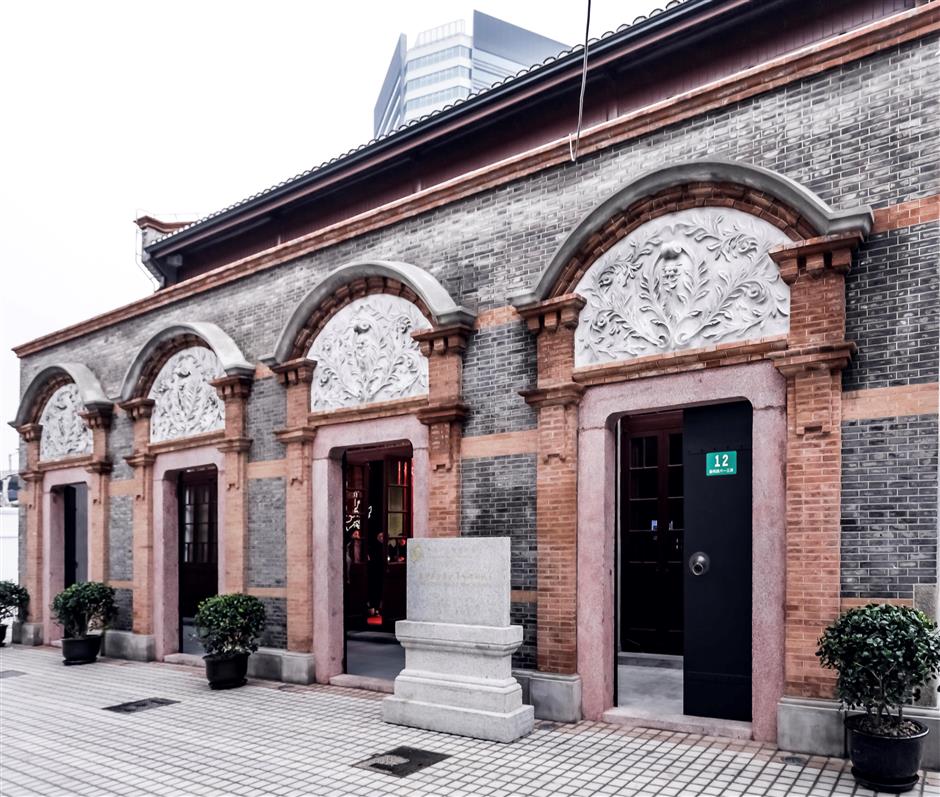 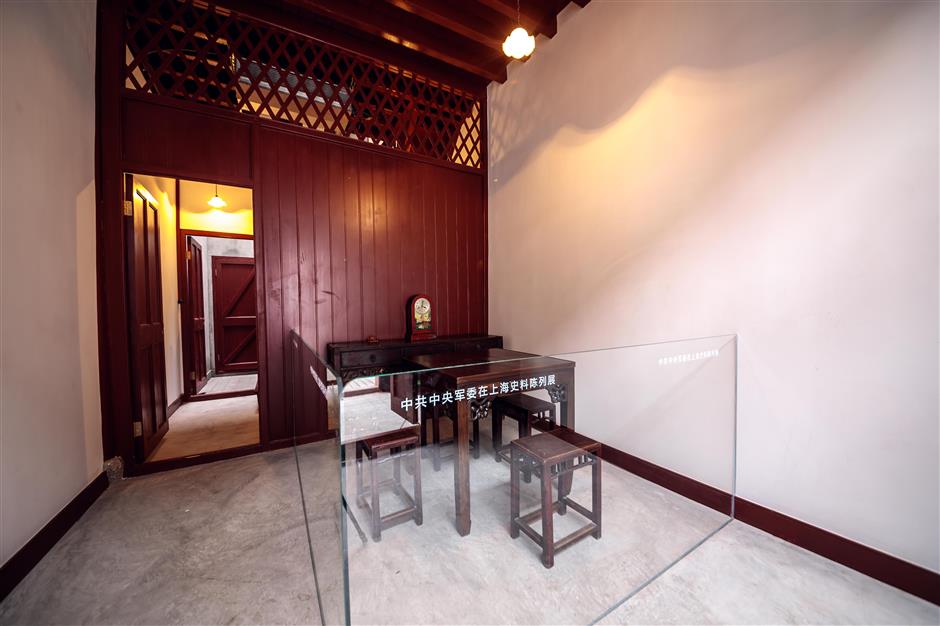 The meeting room where pioneering revolutionists and early Party leaders, including Peng Pai, were arrested.

A new “red” revolutionary site in Jing’an District will open to visitors on Friday in a trial operation, with an inaugural exhibition telling the early “red“ history.

By the end of 1928, Bai Xin, secretary of early Communist Party of China leader Peng Pai, was asked to rent the house as a major meeting place for the Central Military Commission. However, Bai bore a grudge against Peng for having shot dead a deserter who was Bai’s relative. So, he didn’t hesitate to betray Peng, and tipped off the then Kuomintang government about a secret meeting on August 24, 1929.

Late Chinese Premier Zhou Enlai had organized a rescue attempt, but the effort failed. Six days later, apart for Zhang, they were killed in prison at Longhua in Shanghai.

The location of the site was very secret. In 1959, the CPC sent officials to ask residents in the neighborhood and finally confirmed that the No. 12 house was the site, according to historic archives.

Today, the meeting room where the revolutionists were arrested has been restored as it was in August 1929. Black-brick walls with red-brick lintels and interior structures such as kitchen, garret and living room have also been restored to their original look.

The Central Military Commission was established in October 1925 in Shanghai. In January 1933, it moved its office to the revolutionary base area in Jiangxi Province.

The exhibition not only tells the stories taking place on the site, but also the commission’s years in Shanghai.

Officials paid visits across China, including Beijing, Wuhan and Taiwan, and went overseas to countries including Russia and the Netherlands to seek historical documents, photos and items.

Precious exhibits on display include a letter written by Peng and Yang to Zhou when they were imprisoned at Longhua, the duo’s graduate certificates from military school and their souvenir medals awarded in 2009 by the country.

They also include confidential documents revealing the military strategy during wartime, and articles published by former Soviet Union’s newspaper "Pravda" about CPC movements in Shanghai

According to Jing’an Cultural and Tourism Bureau, the site will be become a memorial and museum of the Central Military Commission.

Jing’an has many "red" sites, including former sites of CPC conferences and headquarters, former residences of CPC leaders and sites witness to wars and labor movements.

In October this year, the memorial of the National Labor Union Secretariat on Chengdu Road N. reopened after a year's renovation.

Next year, an exhibition telling CPC stories in Jing’an from 1921 to 1933 will be held at the memorial of the second People’s Congress, and a book telling 100 "red" stories in Jing’an will be published. Meanwhile, five new tourism routes linking the district’s "red" landmarks will be released.

By the end of next year, the script of an original play telling Jing’an’s "red" stories will be finished, and it is set to debut during the district’s annual drama festival, the district government said. 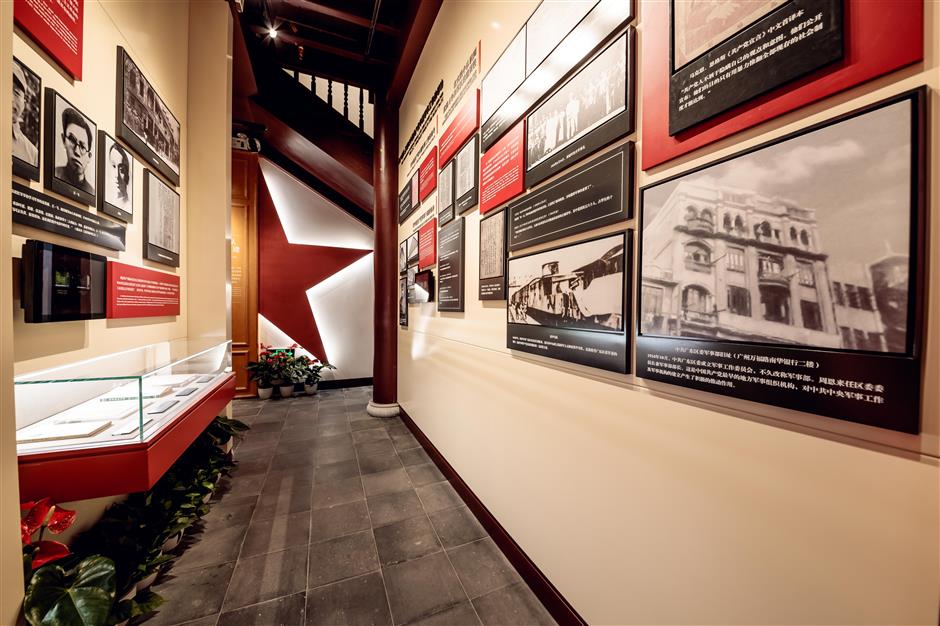 An exhibition tells the story of the Central Military Commission's early years.