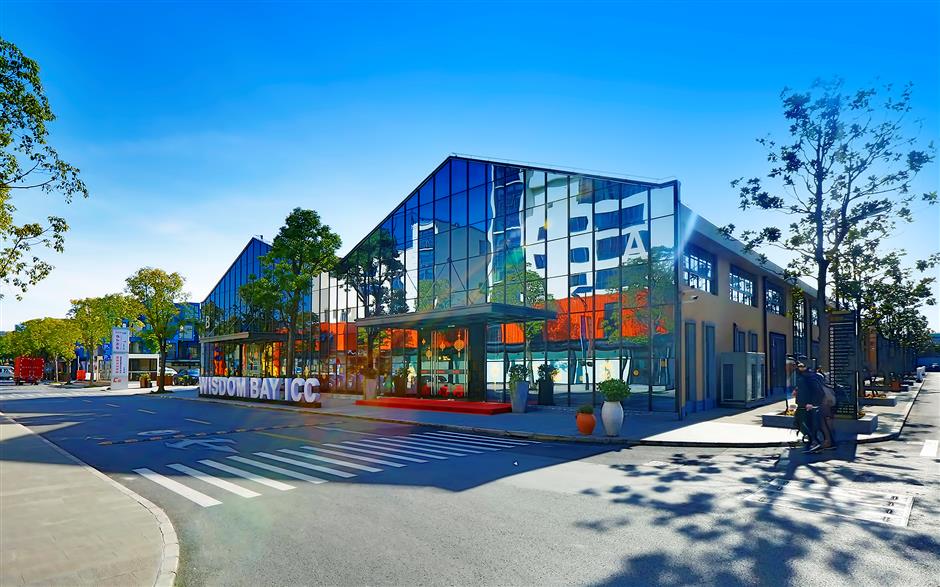 Two conference centers at the Wisdom Bay innovation park in Baoshan District, which are renovated from Shanghai’s No. 3 wool textile mill's factory buildings

The former site of Shanghai’s No. 3 wool textile mill in north Baoshan District has been transformed into the city’s first scientific and cultural complex featuring 3D printing technologies.

The Wisdom Bay site along Wenzaobang River, the city’s third major waterway after Huangpu River and Suzhou Creek, aims to lead another round of industrial revolution, apart from the once prosperous textile business over half a century ago, with the world’s leading 3D printing firms and technologies.

The innovation park at 6 Wenchuan Road has been named Shanghai’s first popular science park. It is home to the world’s only 3D printing museum, over a dozen artists' workshops along with over 300 global companies engaged in 3D printing, intelligent micro manufacturing, virtual reality/augmented reality and artificial intelligence robotics.

Hundreds of old containers have been converted into colorful offices for startup tech firms along the river. Over 15 historical factory buildings have been preserved to become a convention center, cinema, theater, indoor sports fields and wedding halls. Canteens, cafes, flower shops and bakeries operate across the complex.

Peking Opera artist Shi Yihong, pianist Song Siheng and singer Huo Zun have opened their workshops at the park along with other famous local artists.

After four years of renovation and initial stage of operation, the bay has become one of the most popular innovation parks combining work, culture and recreation.

A kindergarten has opened to serve children of company officials and entrepreneurs. Chinese video streaming site Bilibili has set up its electronic sports headquarters at the park.

It has also become an innovation hub for China’s 3D printing technologies, where visitors can learn the latest technologies, while clients can find ideal materials, techniques and solutions. 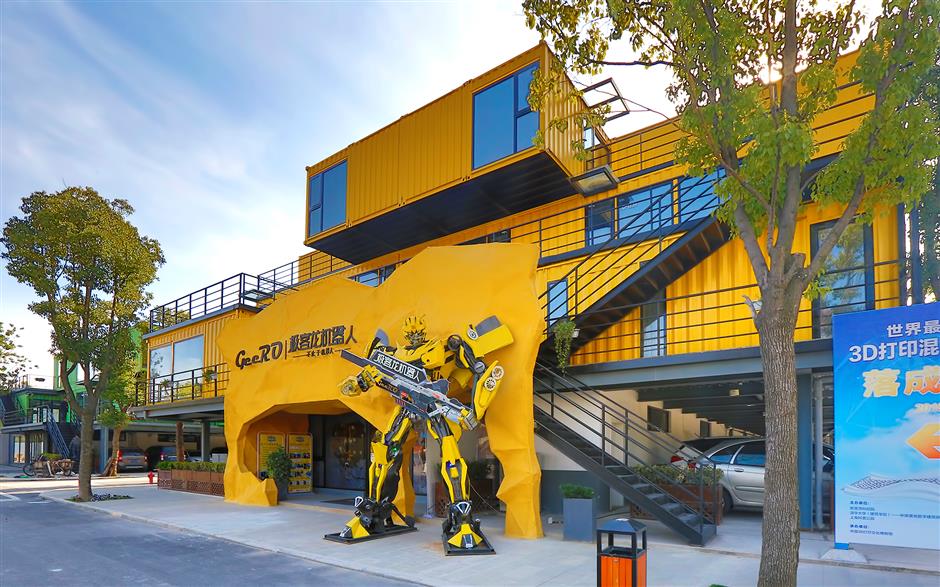 Containers have been transformed into office buildings for startup firms at Wisdom Bay in Baoshan. 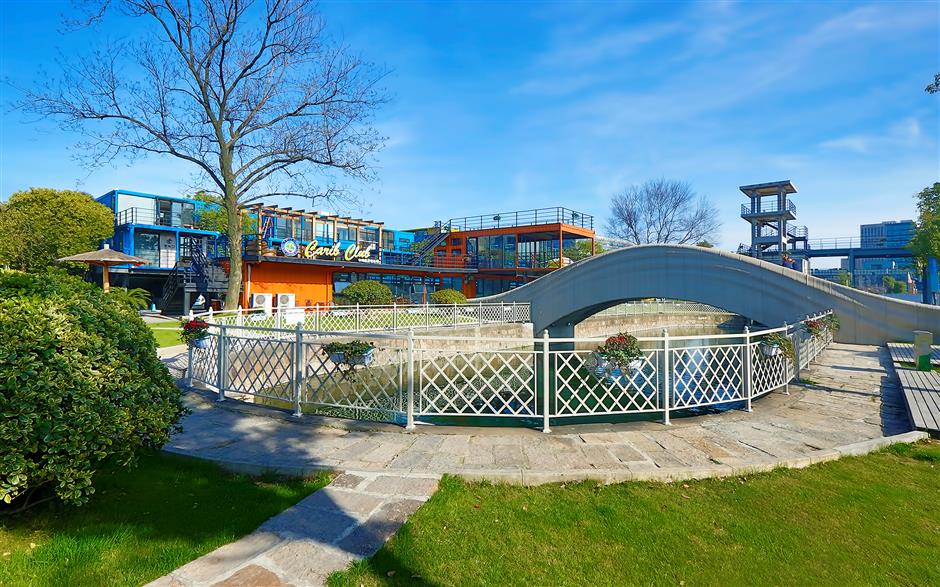 She accompanied Chen Jian, chairman of Wisdom Bay, on a first visit to the site in late 2015. Chen later decided to take over the site and launched the renovation.

Despite its deserted condition, the bay area has convenient transport links to downtown. It is only a 10-minutes walk to the Hulan Road station on Metro Line 1. Using the nearby South-North Elevated Highway, drivers can reach People’s Square within 30 minutes and Hongqiao airport in 40 minutes, Zhu said.

The site was also one of the last remaining undeveloped pieces of land near downtown, she added.

Chen has taken charge of over a dozen local innovation park development projects, including Changyang Campus in Yangpu District and Peninsula Bay in Hongkou District.

After years of renovation, the Wisdom Bay has become a characteristic park blending science, culture and innovation among its local counterparts, Zhu said.

The park operator has removed walls and fences to open the site to the public. Many residents in the neighboring Gongfu Community have found the park a comfortable place to visit after dinner and at weekends, bringing business to the innovative stores across the park, Zhu said.

The bay has also attracted startup firms. About 20 leading companies on 3D printing, about 10 percent of the nation’s total, are based in the park. XEV, an Italian car maker, has set up its research and development center there. Chinese electric car startup Nio’s delivery center is also at the bay.

They were attracted not only by the industrial heritage ambiance, but also the services the park’s operator was offering.

Several of the worlds’ most advanced 3D printing machines have been purchased at the park. Startup companies, who have no sufficient funds to buy their own, can print out their innovative designs. They are only charged for materials and electricity.

The museum opens its door to companies to introduce key technologies to their clients. The museum also introduces professional visitors interested in certain techniques displayed at the museum to related companies based in the bay, Zhu said. 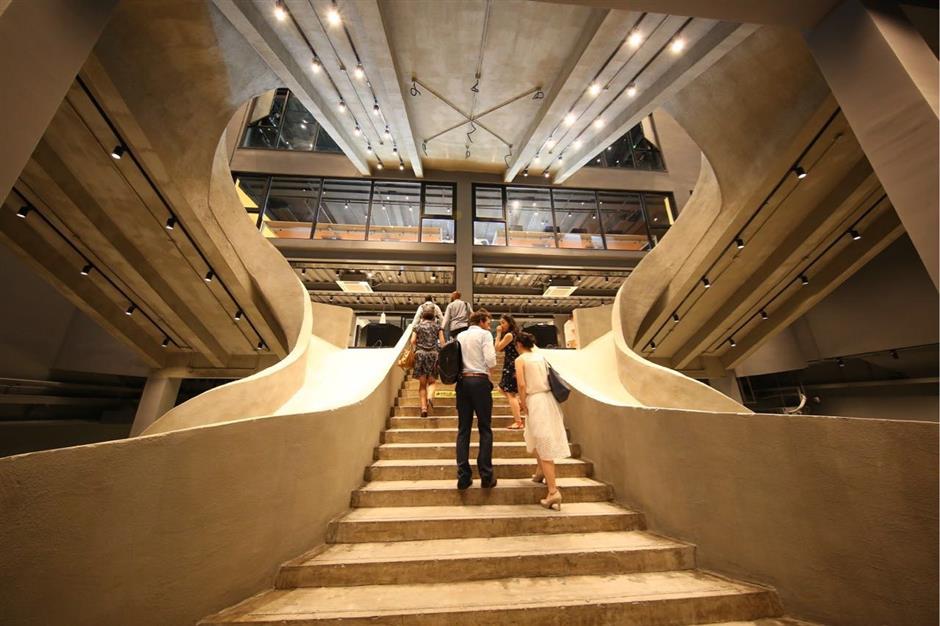 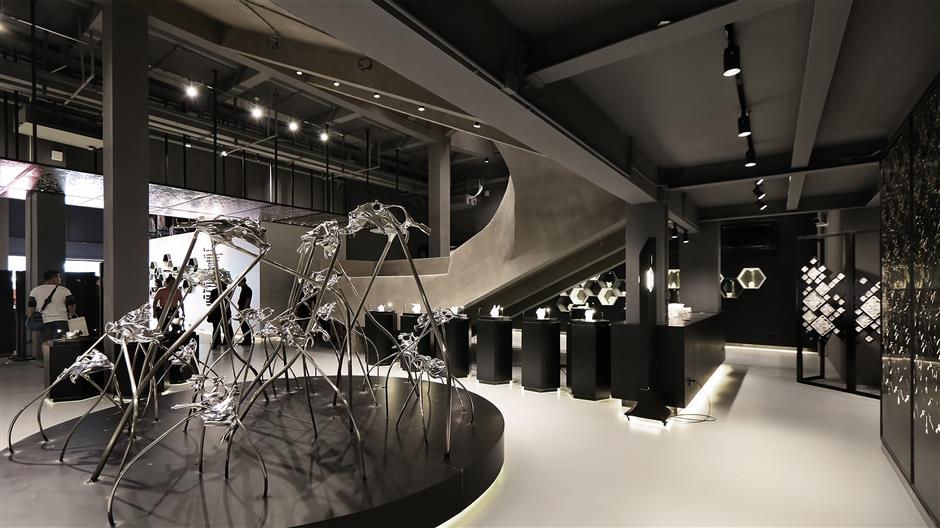 Thanks to these services, companies based in the bay have seen an average annual rise in revenue of 30 percent. Lesu, a local 3D printing startup firm, increased its yearly revenue by 50 percent in 2019.

The museum has been receiving 200,000 visitors a year from around the world, including students from major Chinese art colleges and clients looking for suitable technologies and materials for their products.

The six-story museum was formerly a warehouse for the Shanghai No. 3 Wool Textile Factory, initially built by Chinese businessmen Zhou Dianyi and Chen Hesheng in 1931. Piles of new textile products were transported onto trucks through a twisted slide, which has been preserved to become the iconic decor of the museum.

Visitors can watch and touch various 3D printing exhibits made with different techniques and materials. On the top floor, they can design a pattern and print it as a ring or necklace in the museum.

The wide applications of 3D printing technologies are showcased in the museum. They range from medical, aerospace, aviation, animation, costume, furniture to automobiles and industrial design.

Outside the museum, a 26.3-meter bridge across a canal in the park was manufactured by experts from Tsinghua University. It resembles the Zhaozhou Bridge, built in north China’s Hebei Province during the Sui Dynasty (581-618) and still used by pedestrians today. Construction of that bridge began in 595 and took 11 years.

In the next step, the operator of the bay plans to convert one of the streets into pedestrian-only to attract more visitors and companies. A container cafe is also about to open along with a museum on coffee culture. 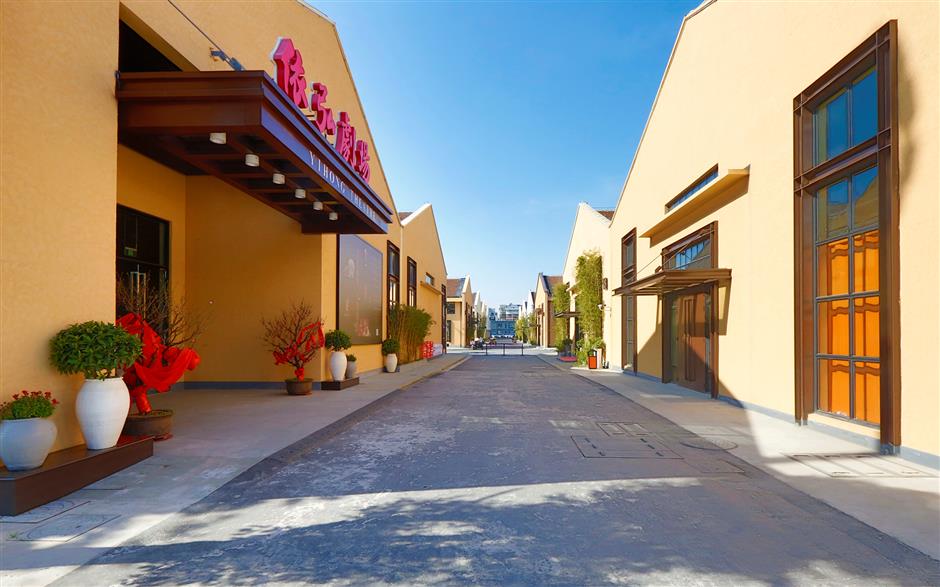 A traditional Chinese opera theater named after famous Peking Opera artist Shi Yihong at Wisdom Bay in Baoshan. The theater was renovated from a former factory building of Shanghai’s No. 3 wool textile mill. 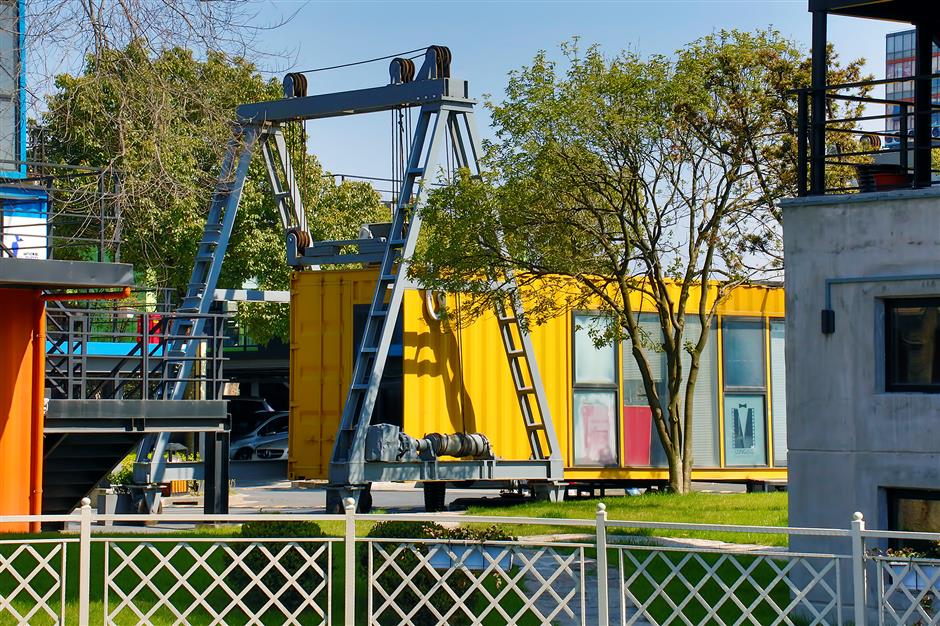