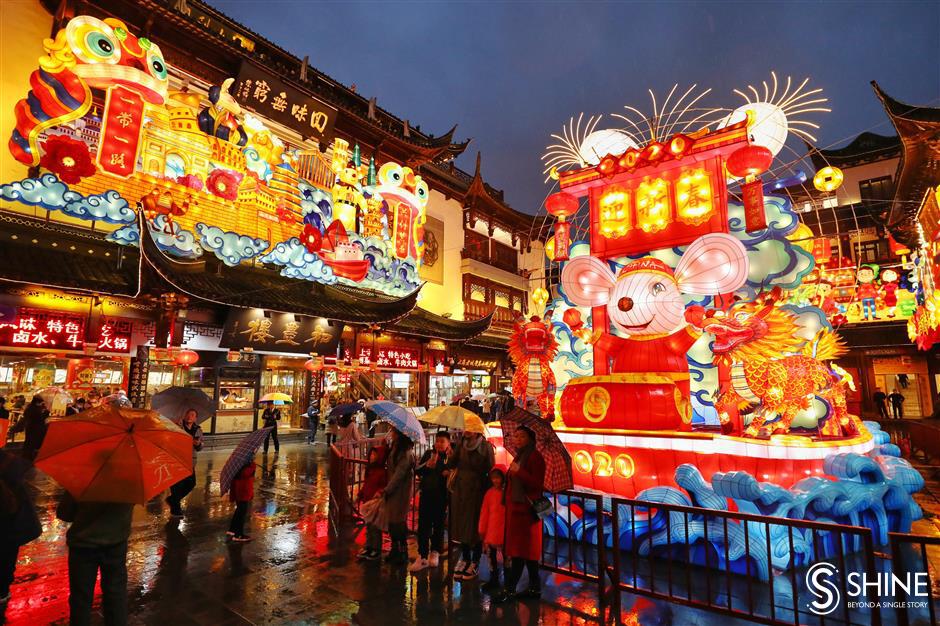 Visitors brave the rain on Friday to pose with a golden mouse lantern installation at the central plaza at Yuyuan Garden Malls.

Colorful festive lanterns began lighting up the historical Yuyuan Garden from Friday, marking the beginning of an event that attracts millions of visitors each Chinese New Year.

Traditional folk lanterns and art installations, a listed national cultural heritage, come alive at 5:30pm every evening, featuring various cartoon figures of mice, including Disney's Mickey and Minnie, to mark the Year of the Rat.

The annual festival, to mainly showcase China's outstanding achievements and national strategies, will last till February 11.

The major draw is a 9-meter-tall golden mouse standing on a giant dragon boat at the central plaza of Yuyuan Garden Malls, the dining and shopping facilities near the historic garden, which originated from a prosperous market of the City God Temple some 140 years ago.

The key installation symbolizes the spirit to fight for a happy life in the new year, according to organizers. Smaller lanterns with New Year wishes to visitors, such as "healthy," "happy" and "wealthy," have also been lit up across the malls.

"We plan to get married and buy our own apartment this year, so we hope the auspicious lanterns can bring good luck to us," said a local couple who posed in front of the giant mouse.

Another major attraction has been set up at the iconic Zigzag Bridge, featuring lanterns about famous tourist spots across the Yangtze River Delta region. They include colorful lanterns depicting Shanghai's Oriental Pearl TV Tower, Nanjing's Qinhuai River, West Lake in Hangzhou and pine trees on the Huangshan Mountain in neighboring Anhui Province.

China's major achievements in recent years are showcased in various lanterns, including the Hong Kong-Zhuhai-Macau Bridge, the Fuxing (Rejuvenation) bullet train, the C919 domestically development large passenger aircraft and the under-construction 5G communications network. National strategies such as the Belt and Road initiative and integrated development of the Yangtze River Delta region are also involved in the lantern shows. 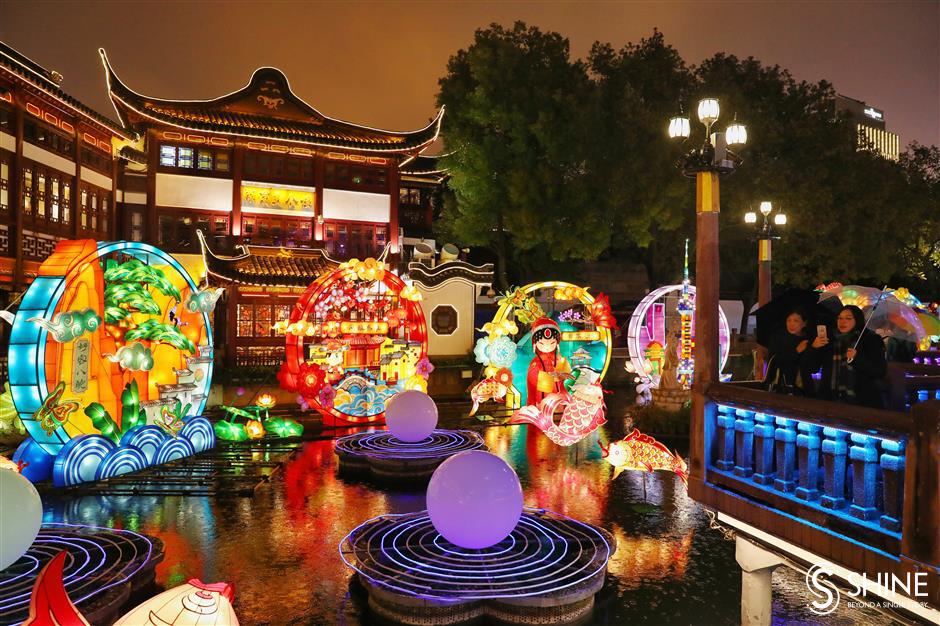 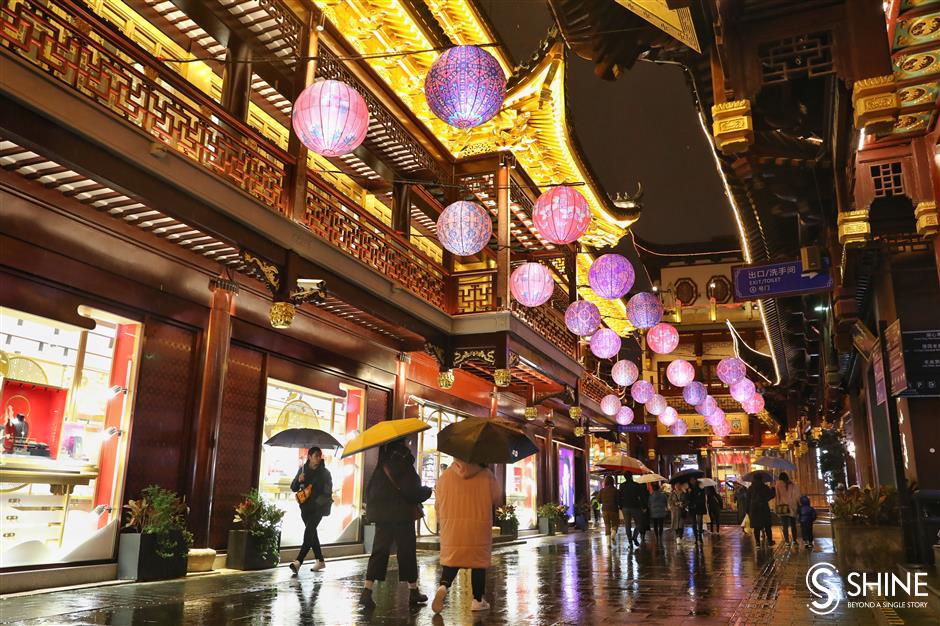 Colorful traditional lanterns at Yuyuan Garden Malls are lit up at 5:30pm every day.

As a highlight, the lantern festival will interact with the equally famous lantern shows along the Qinhuai River in neighboring Jiangsu Province and on the city walls of Xi'an in northwest Shaanxi Province. Lanterns will be lit up at the two places from January 17 and exchange lanterns with the local festival.

Two major culture exhibitions from the Palace Museum in Beijing and Mogao Grottoes in Dunhuang also open to visitors during the lantern festival.

The "Marine Life in the Forbidden City" exhibition is on the third floor of Huabao Tower in the malls. Over 30 exhibits, including paintings, animated films and multimedia installations, are based on the museum's Hai Cuo Tu, the album of marine varieties.

The album was painted and written by Qing Dynasty painter Nie Huang, who spent decades in China's coastal cities to paint 371 species of marine species in the album. It became the favorite bedtime reading of Emperor Qianlong (1711-99) who said the book satisfied his imagination of the ocean, according to the exhibition organizer.

The annual celebrations, which have been held for 25 years, have become the city’s top attraction for tourists during Spring Festival. The month-long celebration attracts about 6 million visitors every year.

To ensure order and safety, the gates of the garden and the Zigzag Bridge will be closed when a huge number of visitors enter. 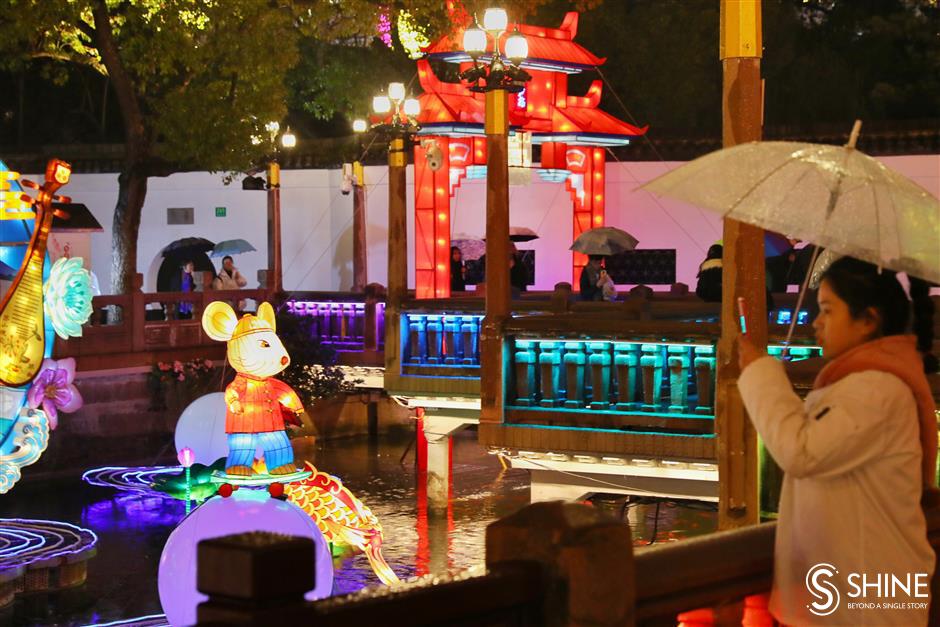 A visitor takes a photo of a lantern installation from the Zigzag Bridge on Friday. 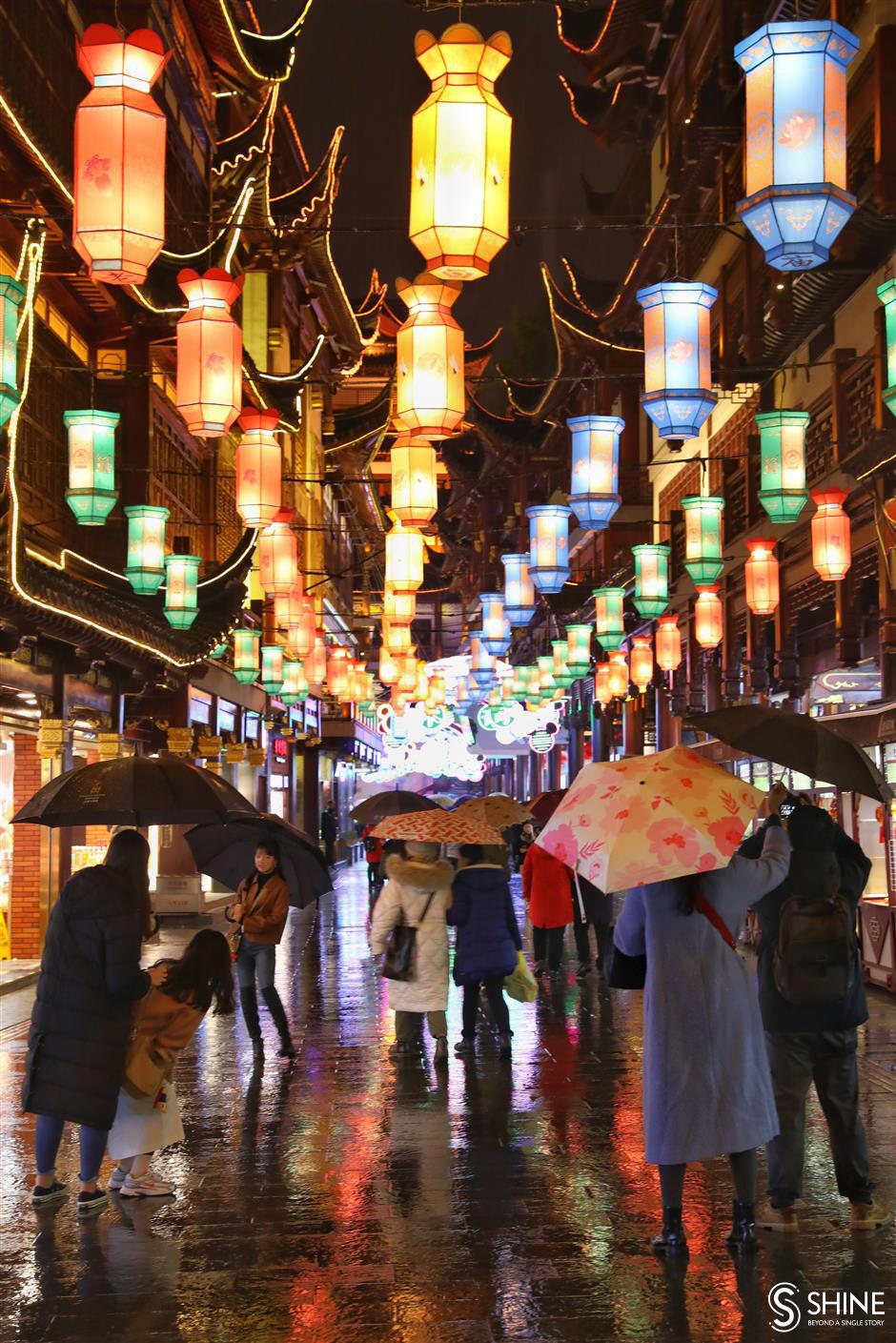