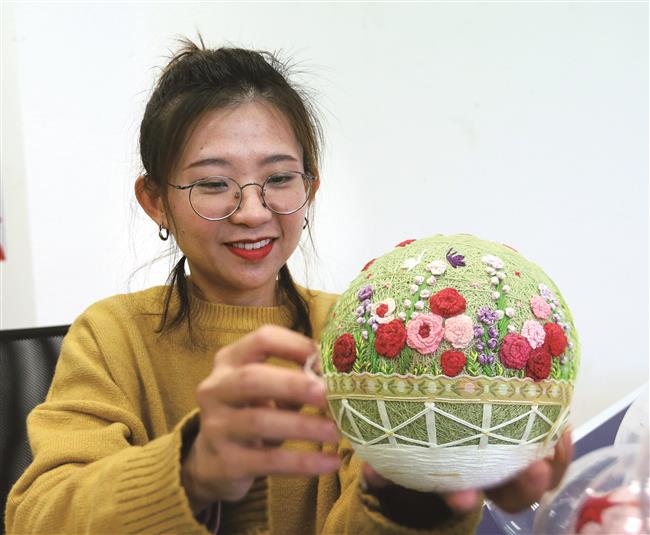 Li Xin, a trainer of a temari ball making course in Xiaokunshan Town demonstrates her skill at the craft. 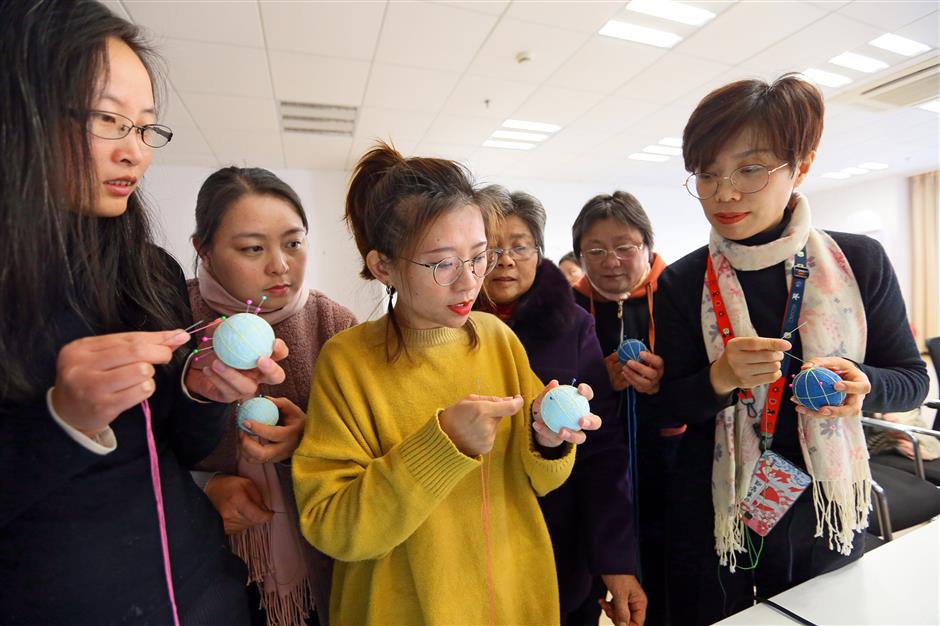 Li Xin teaches her students about how to make a temari ball.

A course in making temari balls was launched in Xiaokunshan Town in December aiming to restore the popularity of the delicately-embroidered string balls and promote traditional Chinese culture.

Temari balls, or balls to be played with by hands, originated from Tzu-Chu balls, or Chinese footballs in the Tang Dynasty (AD 618-907). They gained popularity as they spread to neighboring countries and transformed from an aristocratic toy to one owned and played with by ordinary people.

As the making of a temari ball takes time and skill, a ball is regarded as something that can bring luck and happiness.

A basic ball, a flexible rule, a tray of pearl pins and cotton threads of a variety of colors are all the materials a person needs when making a temari ball. Then he or she measures the ball’s circumference with the soft rule, divides it into several proportionated sections and marks them with pearl pins, and finally embroiders on the ball repeated geometric patterns with threads of different colors, according to Li’s explanation in the course. 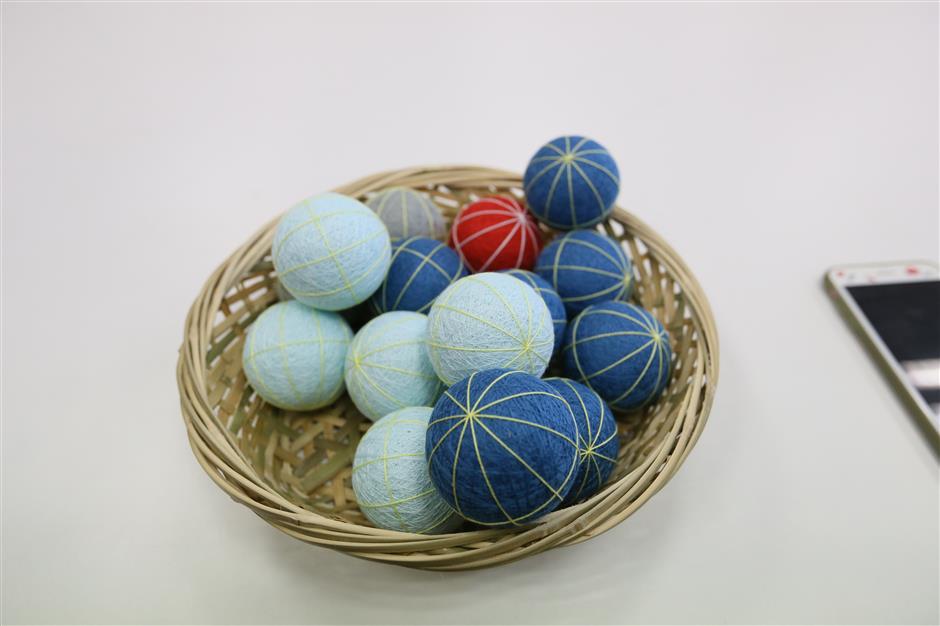 A basket of temari balls