An airport staff member disinfects seats at terminal buildings in the Hongqiao airport.

Shanghai's two airports have begun disinfecting their 30,000 luggage trolleys continuously as part of new measures to prevent the spread of coronavirus-related pneumonia during the ongoing travel rush.

Staff firstly clean the handles with disinfectant after recovering trolleys at both Pudong and Hongqiao international airports.

They also spray disinfectant on the trolleys every hour. Six ultraviolet sterilizing machines are working continuously to further disinfect each of them.

This is one of eight prevention measures released by Shanghai Airport Authority on Monday to ensure the safety of travelers and staff as people return to the city following an extended Spring Festival period.

The ventilation systems at the terminals have also been enhanced, while some windows within the buildings are kept open to promote ventilation.

Subway trains shuttling passengers between terminals at the Pudong airport are being disinfected once every three hours. The frequency has been increased from thrice a day ahead of the coronavirus outbreak. Air conditioning filters in the trains have also been thoroughly sterilized.

Restaurants and stores at the terminals are also being disinfected at least thrice per day. All staff receive temperature checks before serving customers.

Disinfection is also being carried out at transport hubs, shuttle buses and garages. All toilets, nursing rooms, elevators, escalators and public areas are disinfected every hour.

Check-in counters, information desks and seats in terminal buildings are being sterilized three times a day, rising to every two hours on peak days.

The terminal buildings, satellite terminals and two transport centers at the two airports undergo a thorough disinfection after the end of each day. 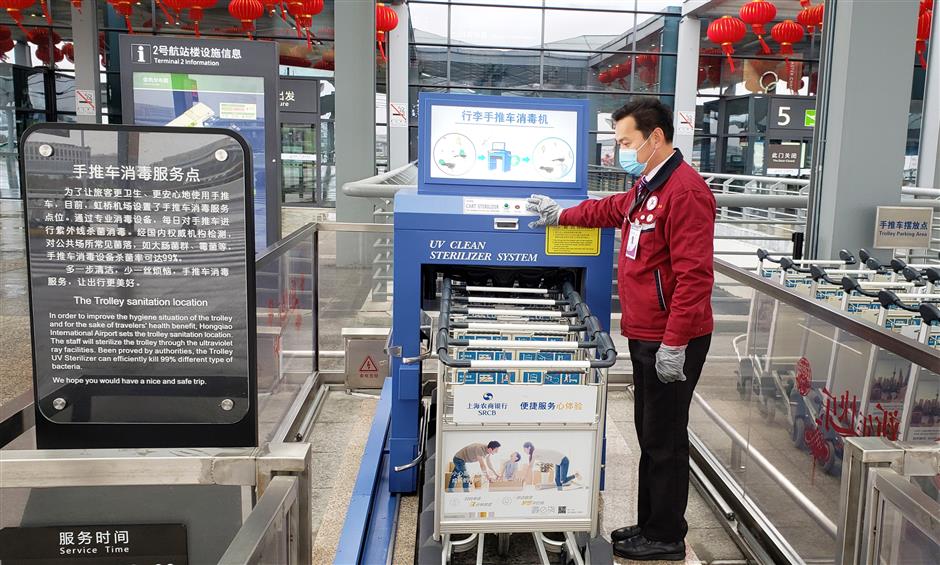 An ultraviolet sterilizing machine disinfects trolleys at the Hongqiao airport. 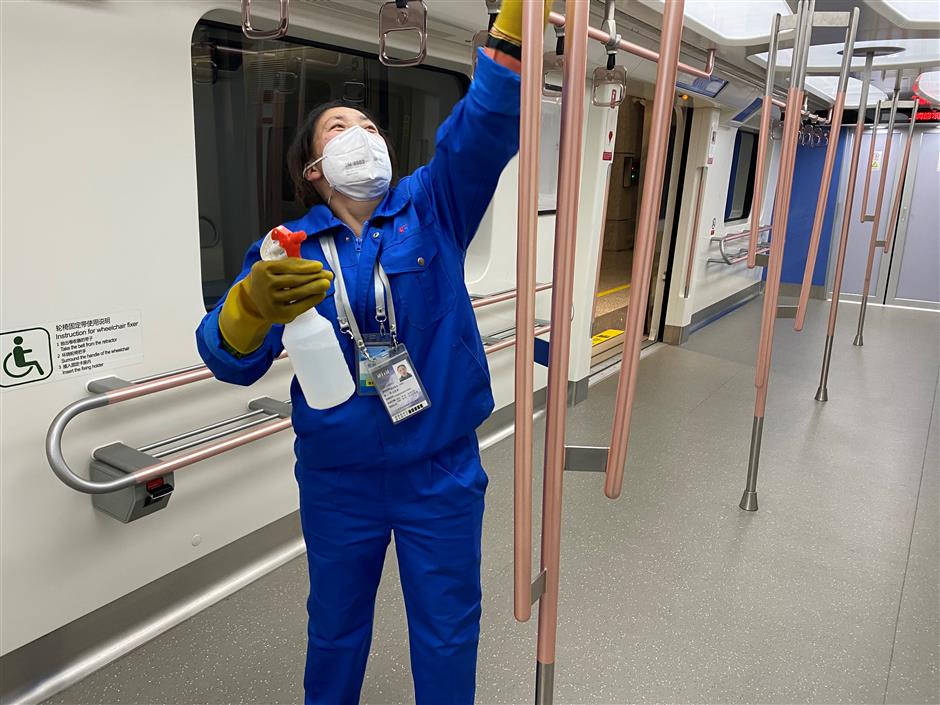 A cleaner disinfects a subway train operating between terminal buildings at the Pudong airport.