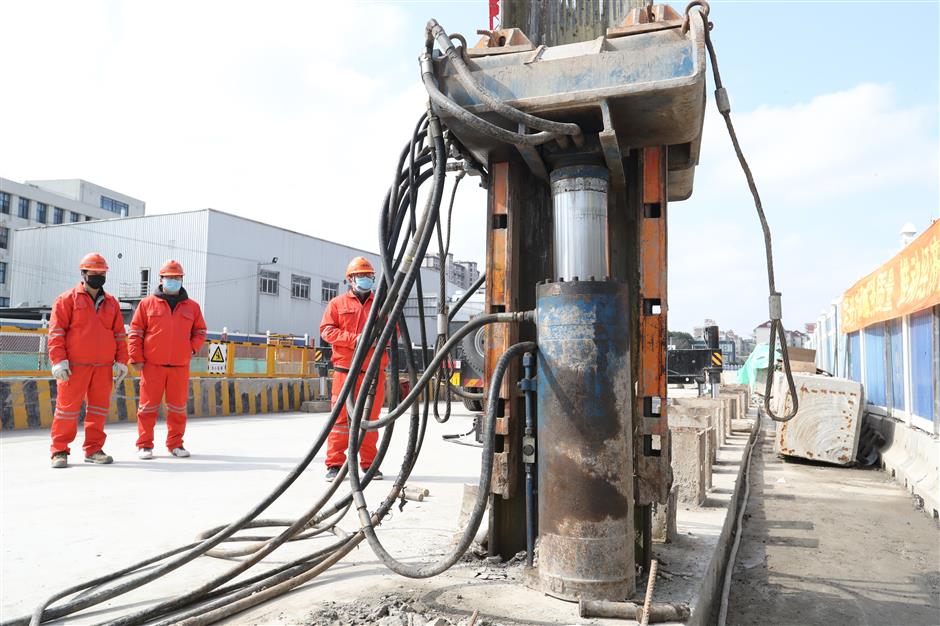 Workers wearing masks control a pile engine at a construction site in Yangpu District on Sunday.

Construction work resumed on Sunday on key sections of the Beiheng Passage, a new east-west thoroughfare to ease congestion.

The 19-kilometer road will link Changning, Putuo, Jing’an, Hongkou and Yangpu districts. It will become part of the city plan to built three east-west and three north-south thoroughfares across the city to improve traffic flow.

The tunnel beneath the Longchang Road is scheduled to be completed by the end of 2020. The 1.18-kilometer tunnel will have four vehicles lanes to relieve the pressure on the overground roads.

The Huangxing Road Tunnel is in the preparation stage and the main work will start in June. The 565-meter tunnel will have six vehicle lanes and another two for cyclists. A 27-meter-deep pit is being dug.

The Yangshupu Road Tunnel project will have a super-large shield with diameter of 15 meters to dig through the north downtown area. The digging is scheduled to start in June. The construction company will avoid vibrating the buildings above.

Information technology and monitoring censors will be used to ensure the accuracy of the digging process, the company said.

A worker has his temperature checked before entering the construction site. 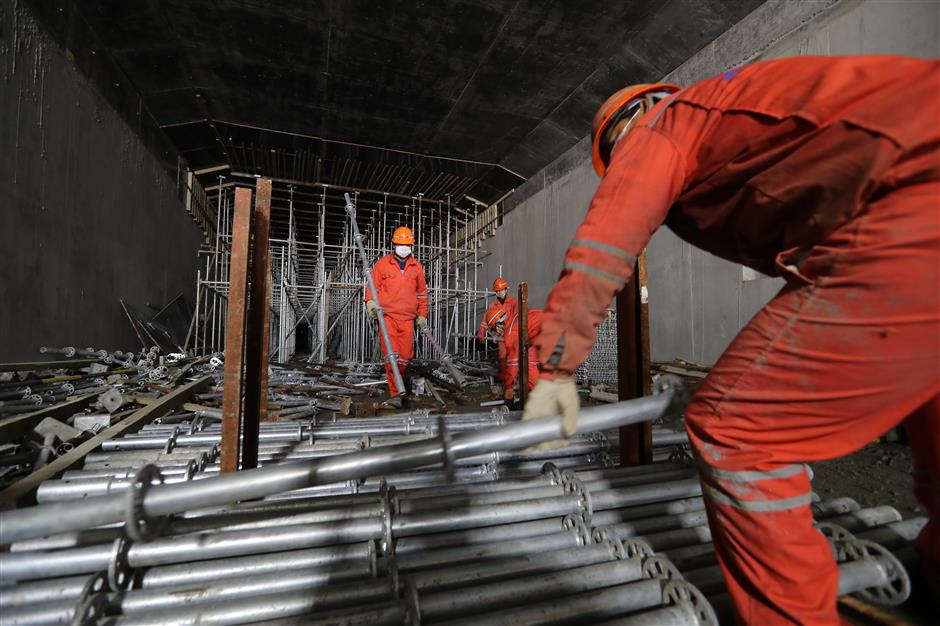 Workers working in a Beiheng Passage tunnel on Sunday.