So far, Pudong has converted 18 existing venues to quarantine sites for nearly 5,000 people returning from key affected countries and regions via the city’s two airports.

Pudong Fabu, the official WeChat account of Pudong’s publicity department, took reporters to the No. 5 quarantine site on Friday and showed them how it operated.

An ambulance carrying several in-bound passengers arrived at the site at 5:40pm. Medical workers, armed with protective gear, then carried out an inspection.

They had their body temperatures taken, their clothes disinfected on the way to the lobby and personal information registered at the reception desk. 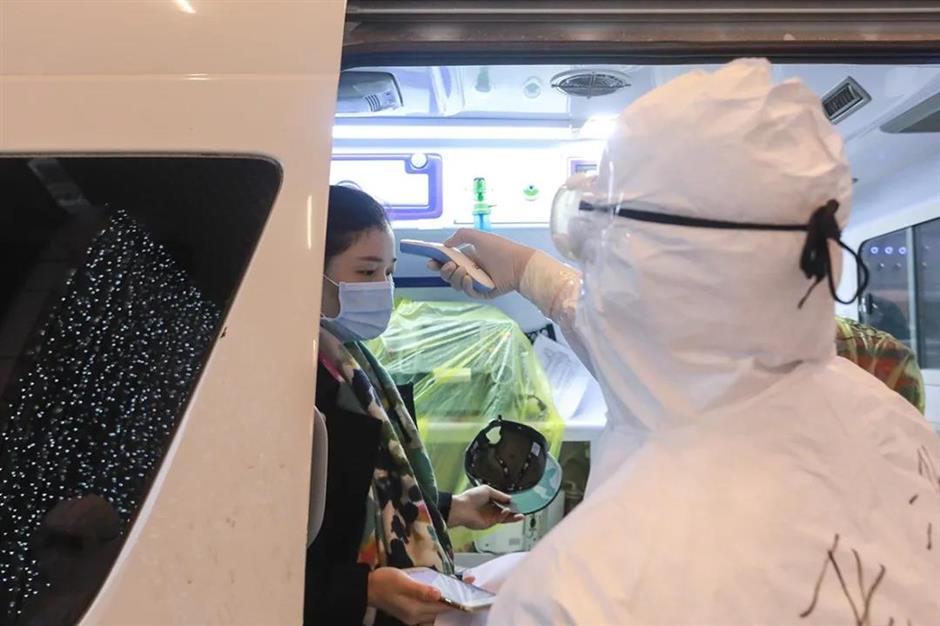 One woman kept complaining that she had lost her luggage at the airport.

“People at the airport told me to go to medics at the quarantine site. So, you are responsible for it, and don’t forget to find it,” she muttered. Unflustered, the quarantine staff reassured her and sent her to her room.

“It’s quite normal that passengers are in a bad mood after a long flight,” said Pan Hongfen, a general physician from Zhoujiadu Subdistrict.

After they land, they can wait for hours to be questioned and inspected. Then, they are sent to a quarantine site. The whole process is exhausting, both physically and mentally, she said.

“We should keep our patience and show empathy,” Pan said. “We are quarantine staff and hotel staff as well. We try our best to meet their requests."

Pan had received a pregnant woman returning from Jeju in South Korea, worried about her unborn baby.

To relive her tension, Pan gave her a bottle of sanitizer, and told her that she could use it whenever she felt unsafe. Also, Pan promised that she would be her doctor and responsible for her health.

Considerate and thoughtful, Pan has won the hearts of her “guests,” including the 39 foreigners.

“Basically, foreigners in quarantine don’t speak Chinese. I just have simple English conversations, and sometimes I need to use gestures to make myself clear," Pan said. “Fortunately, I have two translation apps, and they help me with complicated conversations.”

But simple words are enough, and she uses two sentences quite often: “Is there anything wrong?” “May I help you?” 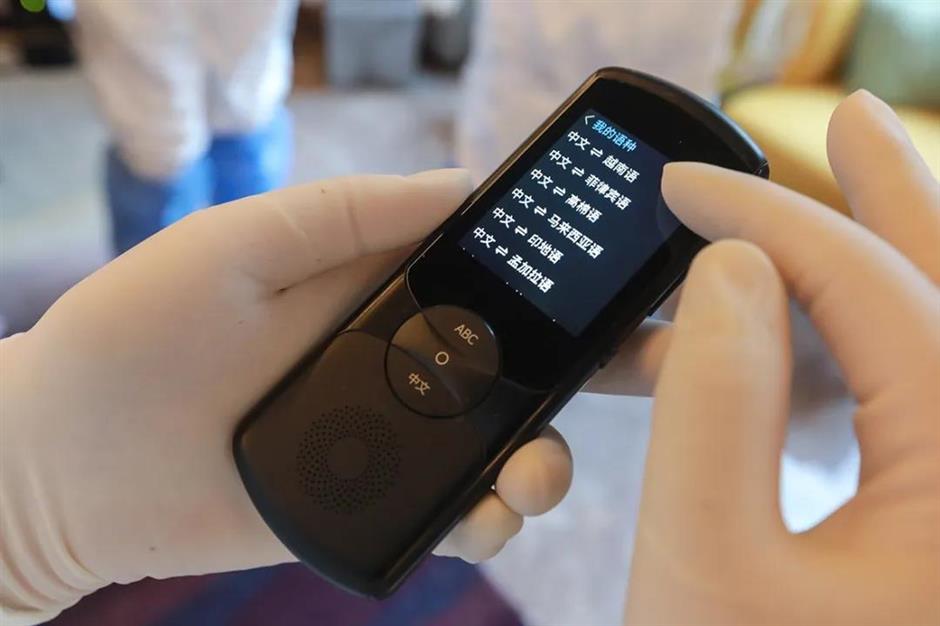 “These two sentences are simple enough for everyone to understand,” she said.

She knocked on the door of an Italian man, and took his temperature, before asking whether everything was fine.

“I’m good,” the man answered, with a mask on his face.

The man “checked in” on March 3. He was recruited by a Shanghai shipbuilder last December as engineering manager, and he came to Shanghai to start work.

Pan saw that he hadn't had his lunch and asked if he didn’t like it or felt sick. The man shook his head and explained that he prepared his own food as he had an “Italian stomach.” His answer reassured her, and she told him to contact her anytime he felt unwell.

“He’s familiar with me because I received him on the first day he arrived, worried about how to communicate with us. So, when he heard that I could speak English, he was happy,” Pan said.

A man from South Korea said he was doing business in Haining in Zhejiang Province, and he’s been put under quarantine for 10 days already.

“I can leave after another four days,” he said. “It’s good staying here. When I  wanted a razor, they immediately sent me one.”

Chen Xiaodan, doctor from the clinical laboratory, is the “receptionist” who receives calls from “guests.”

“I’ve taken 29 calls this afternoon about a variety of problems, such as no TV signal and lack of tissues. If they have requests, we try our best to satisfy them,” he said. 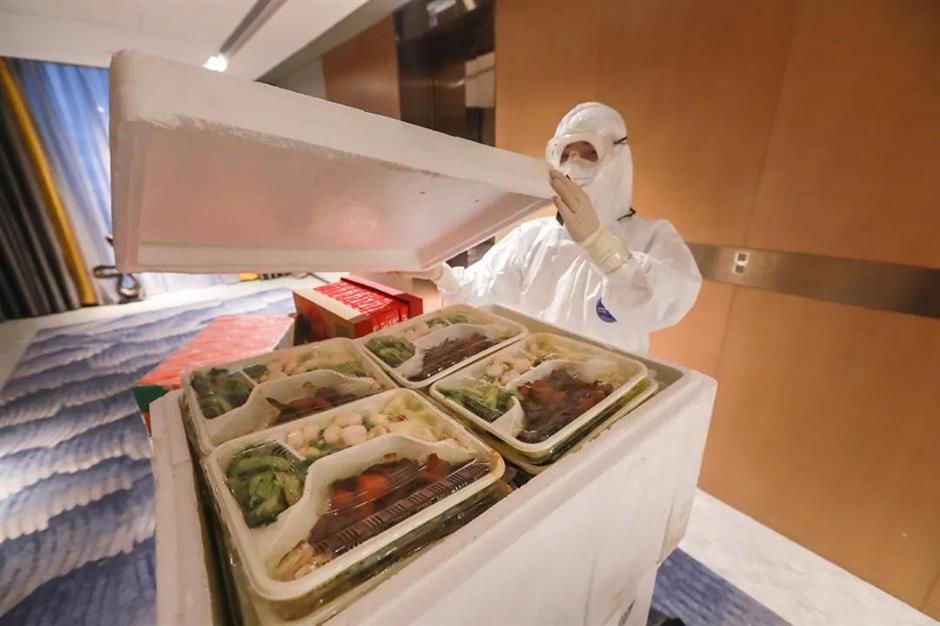 Food is delivered to each "guest" at the quarantine site.

“Every day, I handle 200 to 300 express delivery packages. Every package is disinfected,” he said.

It’s very hot and stuffy wearing protective suits all day, and he is drenched in sweat after a day’s work. He wears a pair of goggles and two layers of gloves, which makes it difficult for him to sort out the packages.

“It’s exhausting but it’s worth it,” he said.

Many “guests” left thank-you cards and letters as they left. One young woman shared her quarantine life on the social media, saying she ate well and slept well, according to Hou Kun, vice Party secretary of the Guangming Traditional Chinese Medicine Hospital and leader of the medical team at the site.

“I was most impressed by one person who left a note of thanks, together with a small Chinese national flag,” Hou said. “Also, some people ordered takeaway food for us to express their gratitude. It greatly relieved our stress and cheered us up.”