Xuhui presses ahead on landmark projects 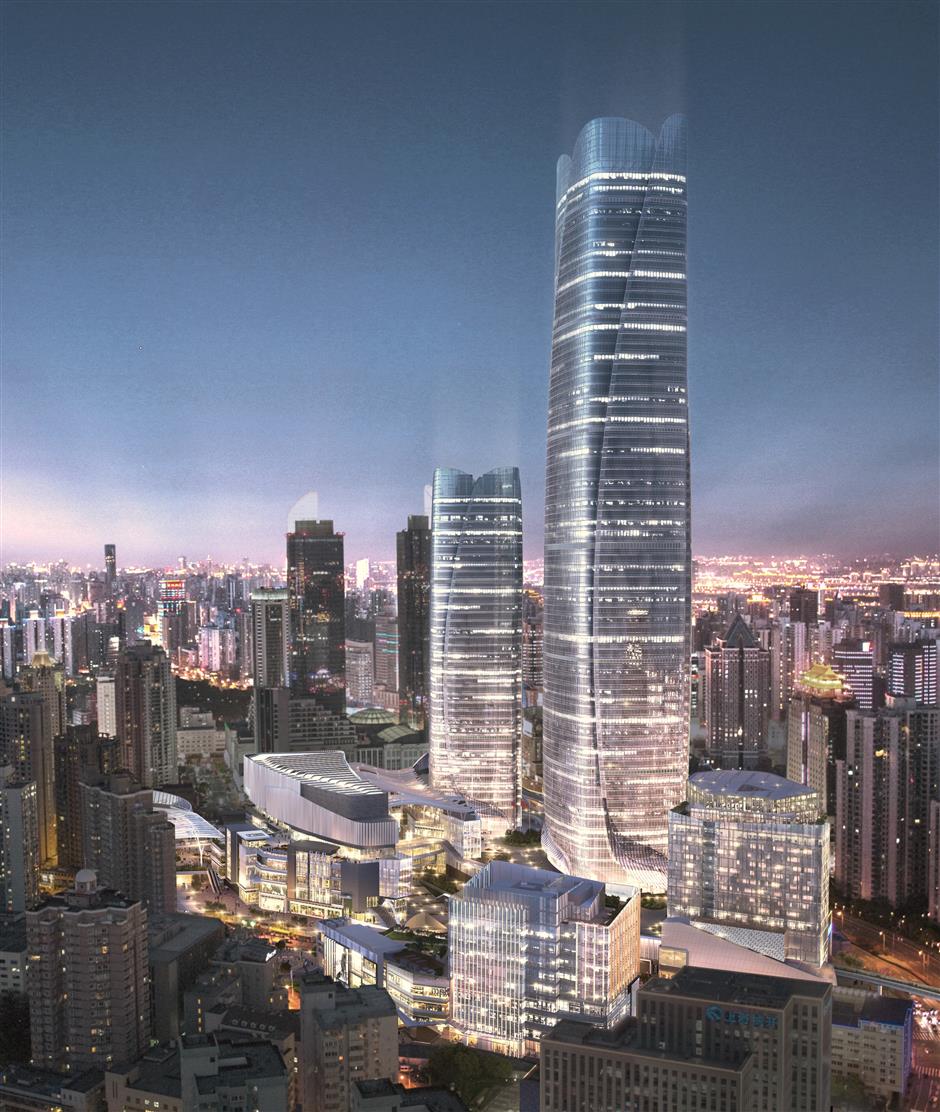 An artist's rendition of the Xujiahui Center project, which includes a 370-meter tower that will be the tallest building in Puxi.

Construction is in full swing in downtown Xuhui District on a number of new landmarks, such as a 370-meter tower in Xujiahui and an artificial intelligence hub on the West Bund waterfront.

The district government released its major construction plans for 2020 on Wednesday with 61 projects with investment of 16.5 billion yuan (US$2.34 billion) to be finished or achieve major milestones this year.

The Xujiahui Center project, including a 370-meter tower on Hongqiao Road, will complete one of the high-rise buildings by the end of the year.

The 70-story iconic office building, which is due to be completed in 2023, will surpass Hongkou District’s 320-meter-high Sinar Mas Plaza, also known as the White Magnolia Plaza complex, to become the tallest structure in Puxi.

The project is expected to elevate the functions and attractions of the Xujiahui commercial hub along with a Xujiahui Skywalk to connect malls as well as a series of renovations on the shopping complexes.

Another batch of key projects are being launched on the West Bund waterfront along the Huangpu River which has been home to a cluster of museums and art galleries renovated from the city's early factories. The West Bund aims to further develop into a media harbor as well as an AI hub.

"The waterfront construction has been listed as the top agenda among Xuhui's construction projects," said Luo Pengchong, director of the district's key projects office.

The riverside region will feature Art and AI with the media harbor, AI valley and a financial town, according to the district. Internet giants such as Tencent, Alibaba, Netease, Huawei and Xiaomi will be based at the waterfront along with unicorn companies such as SenseTime and United Imaging.

One of the landmark twin buildings known as the AI Tower has been completed. 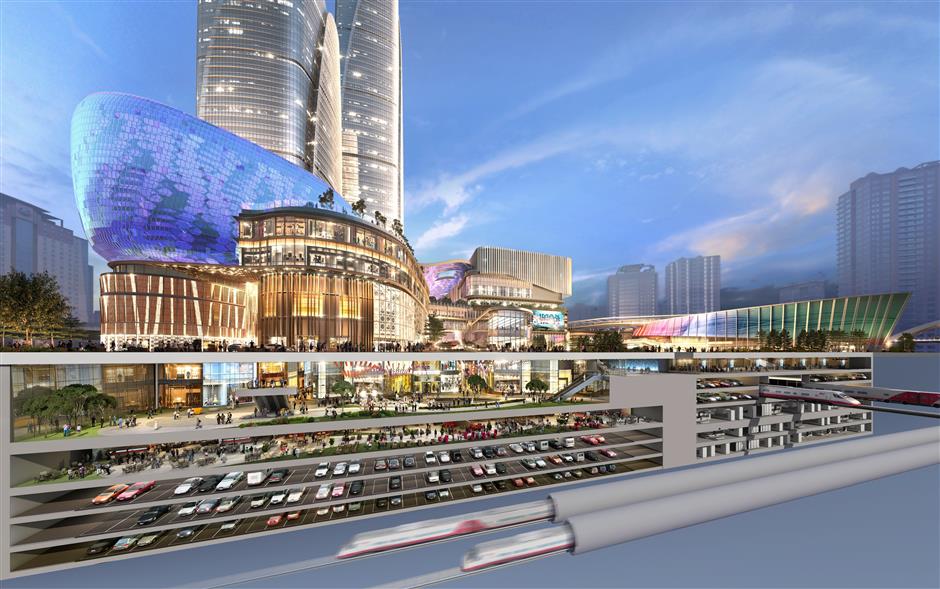 An artist's rendition of the Xujiahui Center project which will be fully completed by 2023.

The other tower will be completed around October and a trial operation will start in a boutique hotel within the building.

In another key project, Beiyang AI Town, covering 543,000 square meters along the Dianpu River and the city’s Outer Ring Road, will become the city's first AI town on its completion by 2024. AI and big data technologies will be applied in the town’s urban information and public infrastructure as well as public service facilities.

The site in Huajing Town, formerly known for the Beiyang wharf, an industrial port, will preserve some of the warehouses, cranes and other industrial relics and convert historical structures into education centers and commercial facilities, according to a blueprint.

Other projects for the year include renovation of the Longhua Pagoda, which originated in the Three Kingdoms period (220-280), and its nearby plaza.

The 40-meter-tall pagoda was rebuilt in the Northern Song Dynasty (960-1127) and underwent several major renovations in recent decades.

Between the West Bund and Xujiahui, the Wanping Theater is being refurbished to rejuvenate Chinese opera. The new theater will cover 29,000 square meters, with an exterior shaped like an exquisitely carved jade sculpture and an interior inspired by traditional Chinese gardens.

The five-story theater will be configured to accommodate 1,000 seats for spectacular events and 300 seats for smaller productions.

The schedule for these projects has been prolonged due to the novel coronavirus outbreak, so construction must be accelerated to catch up, said Cheng Wei, director of the district's development and reform commission. 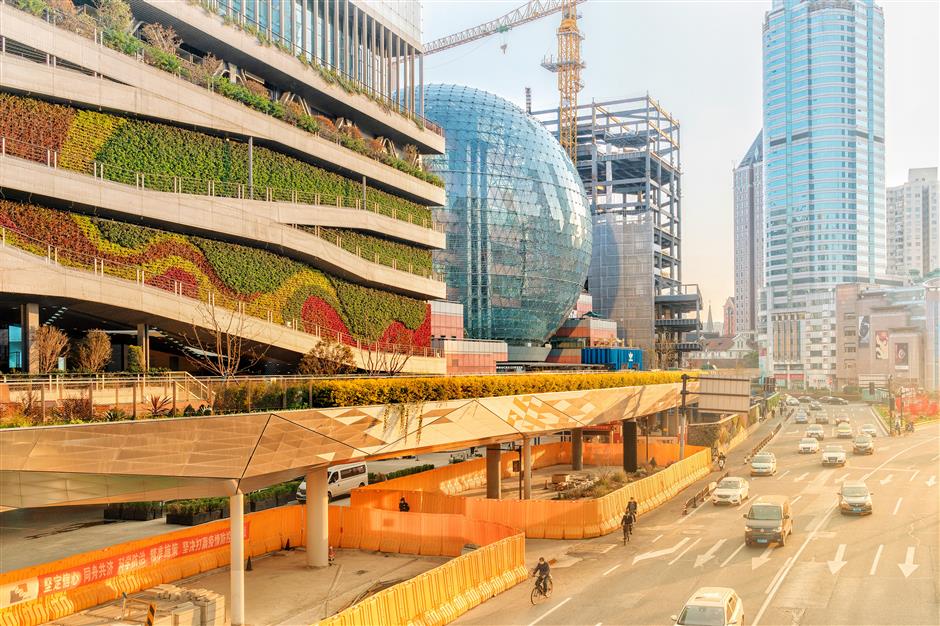 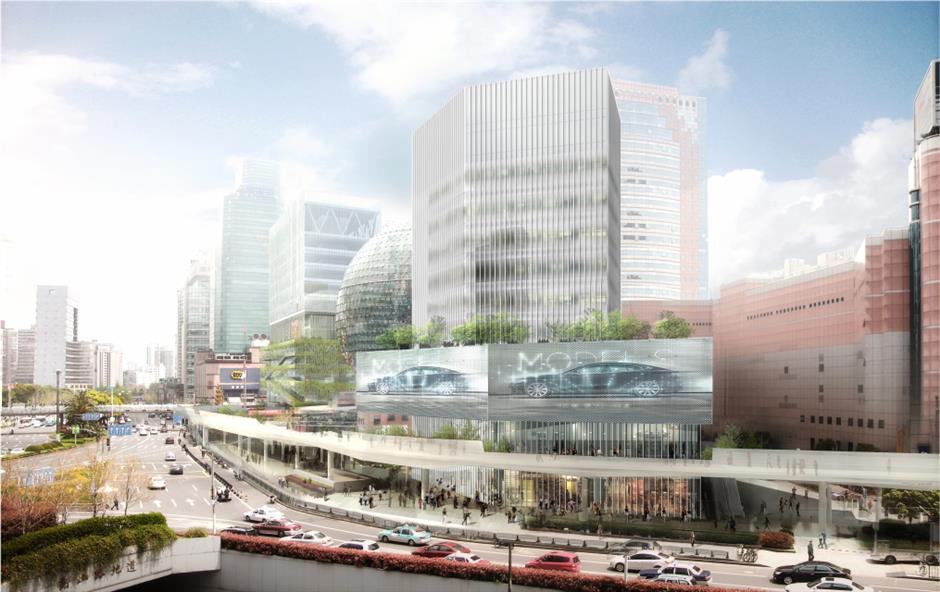 An artist's rendition of the Xujiahui commercial hub in the near future.

A section of the West Bund waterfront will receive further renovation this year. 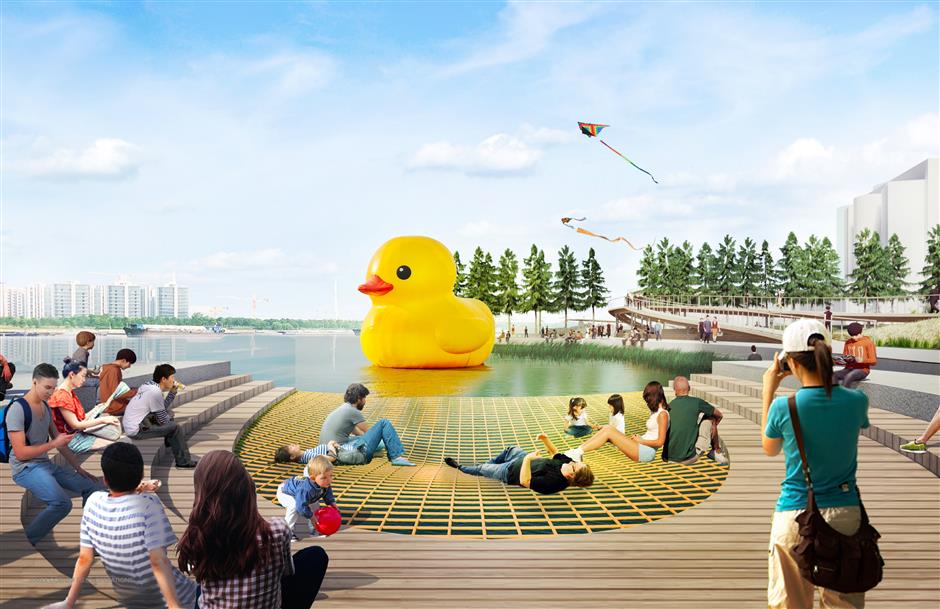 An artist's rendition of the future West Bund waterfront in Xuhui District. 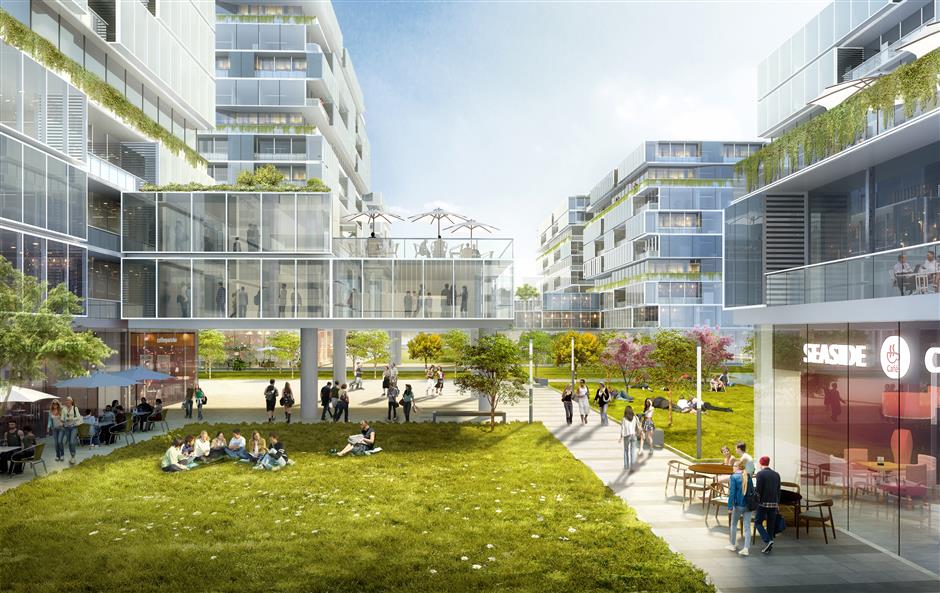 An artist's rendition of Beiyang AI Town which is due for completion by 2024.