China Southern Airlines will shift its Shanghai-Beijing flights to the Daxing International Airport from Monday, along with half its other Beijing flights.

Local passengers can now take Flight CZ3952, operated by the Airbus 320 series aircraft, to one of the world's largest airport.

The daily flight is scheduled to take off at 12:30am from the Hongqiao International Airport and land at the Daxing airport around 3pm. The Beijing flight takes off at 9am and arrives in Shanghai at 11:15am.

The Guangzhou-based carrier, the largest operator at Beijing’s new mega airport, plans to transfer half of its flight operated at the Beijing Capital International Airport to Daxing by May 2. It moved 10 percent of its flight in Beijing to the new airport when it was officially launched in September, 2019.

China Southern will operate 40 percent of the total flights at the Daxing airport. It plans to move all its flights in Beijing to Daxing by March 2021.

China Southern requires all passengers to make health declarations through a QR code or a paper form before boarding at the Hongqiao airport. The carrier will arrange for passengers to sit separately to prevent the spread of COVID-19.

Part of the VIP lounges have been closed, while the meals have also been simplified. At the boarding gates, passengers will be asked to keep at a distance.

Crew members are asked to wear masks and gloves when serving passengers. The inflight blankets and earphones are disinfected, while meals and drinks as well as newspapers are no longer available.

The airport's advanced ventilation system ensures air sanitation. Key areas such as toilets and elevators are disinfected every two hours. All the facilities in the terminal building are disinfected at the end of the operation every day.

In case travelers go to the wrong airport in Beijing, China Southern offers a free flight change service through May 26.

The airport near the junction of Beijing's Daxing District and Langfang in north Hebei Province is expected to handle 45 million passengers annually by 2021 and 72 million by 2025, making it one of the busiest airports in the world.

Covering a land area of 47 square kilometers, the new airport will be double the size of the existing capital airport, which is currently the largest airport in China. 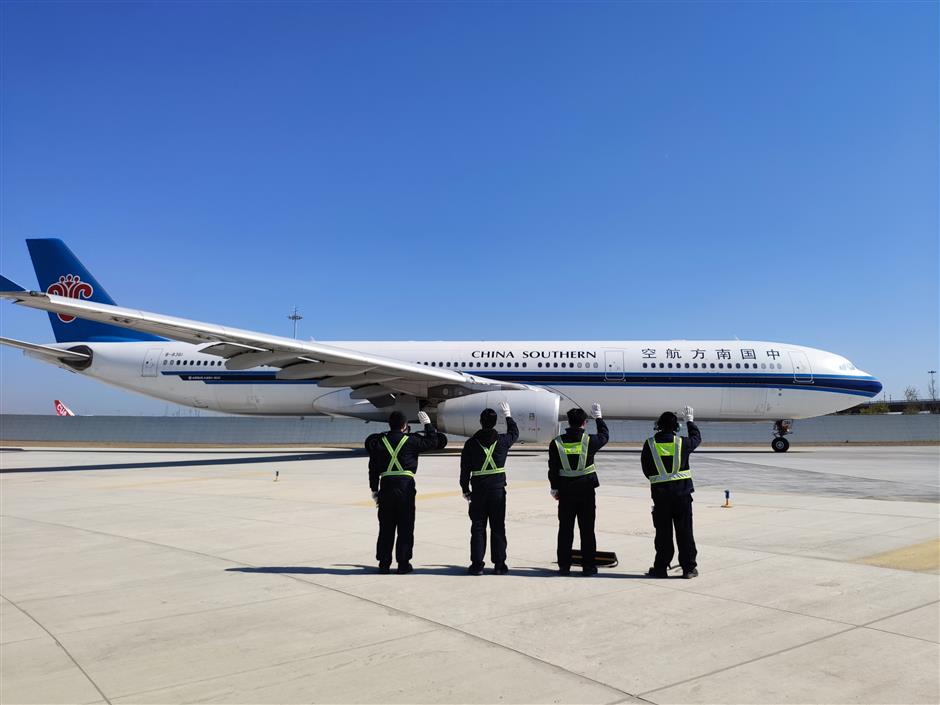 Airport staff see off a China Southern Airlines at Daxing International Airport in Beijing on Sunday. 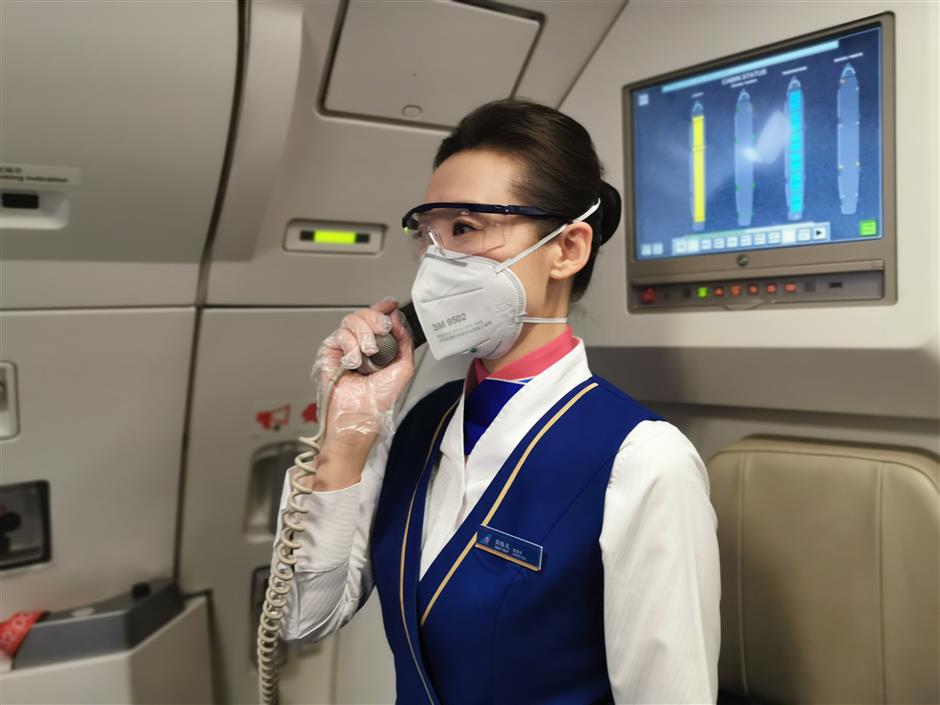 A flight attendant wears a mask and gloves while serving passengers on a flight from Daxing airport. 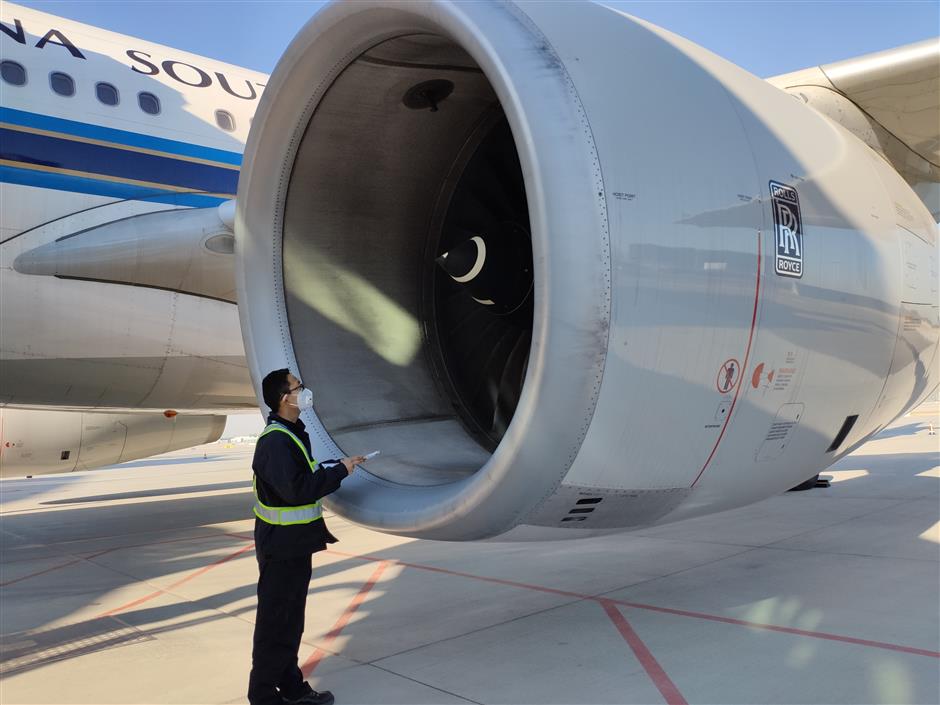 A mechanic inspects the engine of a passenger aircraft at Daxing airport on Sunday.