Marriages down 6% while divorce rate rises

Over 98,000 couples tied the knot in Shanghai last year, a decrease of 6.09 percent from a year earlier, local civil affairs authorities announced yesterday.

A total of 61,700 couples divorced in the city last year, a rise of 4.58 percent from 2018, according to the Shanghai Civil Affairs Bureau.

A total of 39,951 marriage registrations last year involved cross-city marriages, and 43.69 percent of those were Shanghainese tying the knot with residents in other cities in the Yangtze River Delta region, namely in Jiangsu, Zhejiang and Anhui provinces, the bureau said.

Among those who broke up last year, 6,800 couples resorted to courts.

The bureau released the figures on the 70-year anniversary of the release of China’s marriage law, which came into effect on May 1, 1950.

Over the past 70 years, 7.61 million couples have tied the knot or divorced in Shanghai, with the marriage peak of 290,700 couples in 1981, according to the bureau. 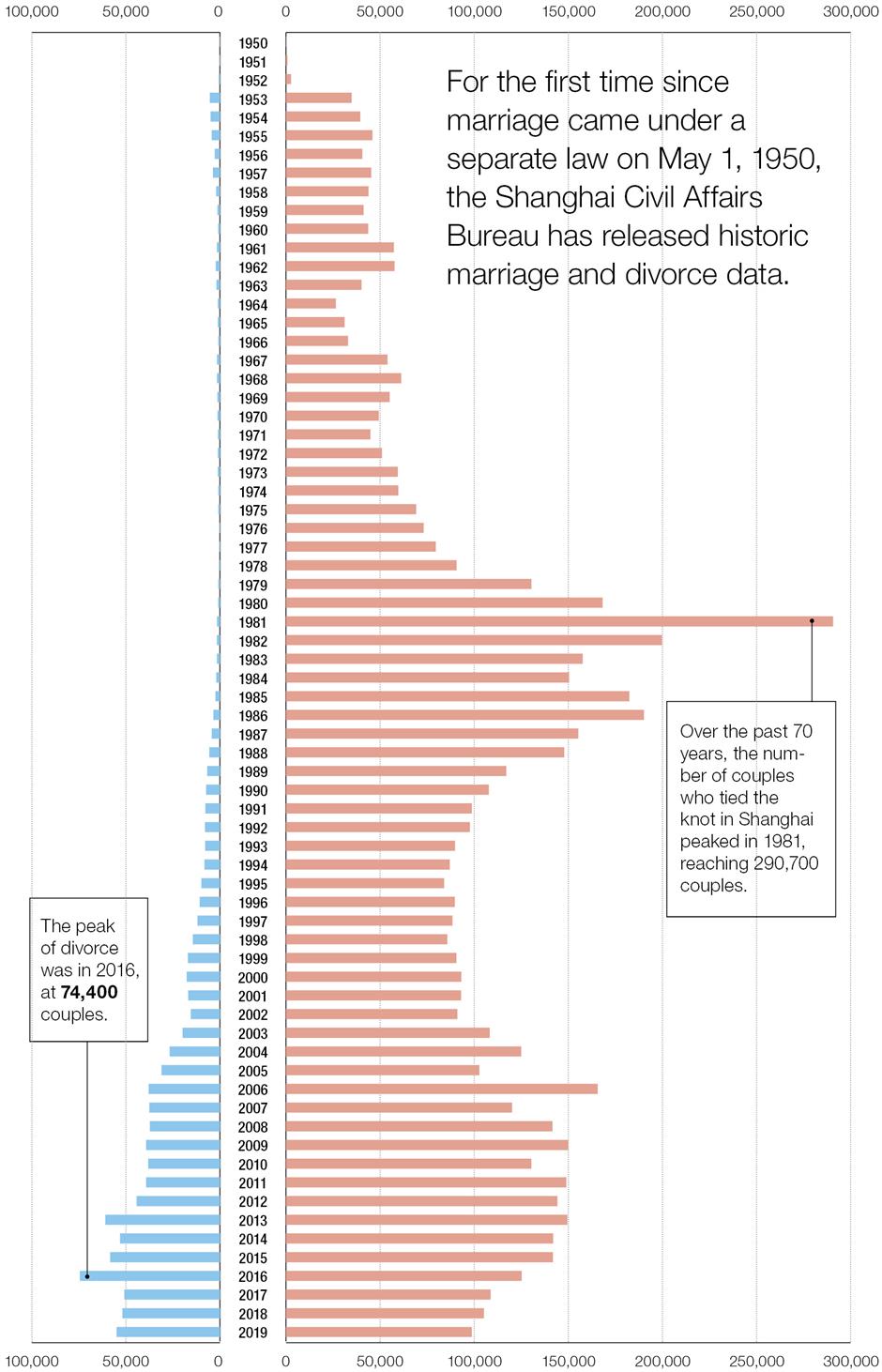