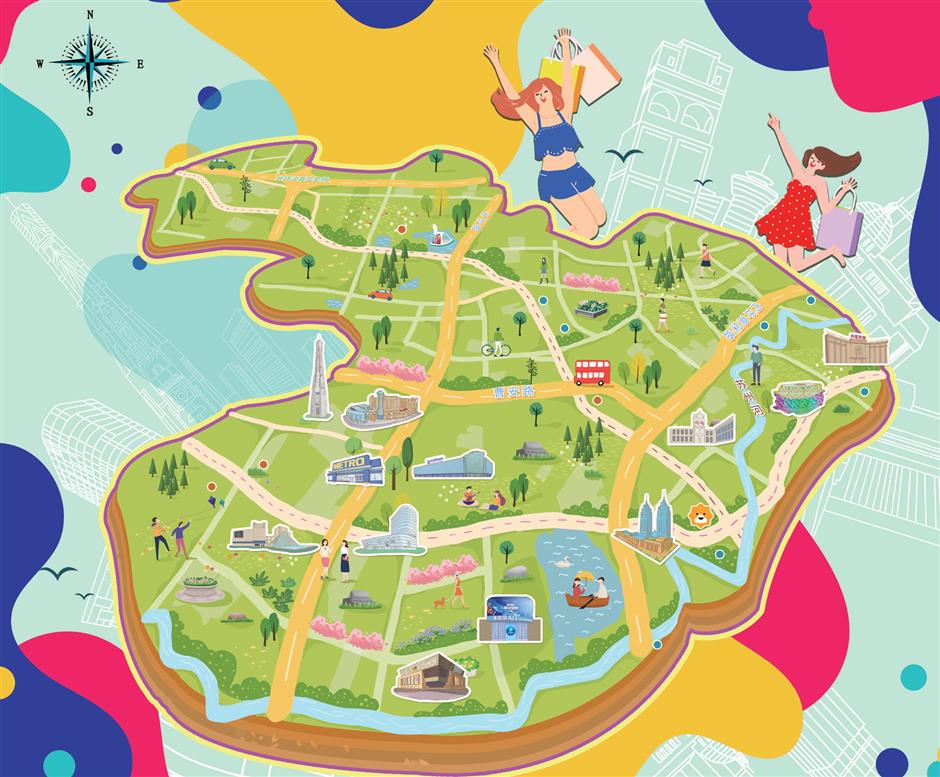 The Double Five Shopping Festival runs through June and aims to provide the city with an economic boost, which was lost at the beginning of the year because of the novel coronavirus epidemic.

Putuo is determined to get back on track, however, promoting the district’s shopping dynamics, charm and becoming one of the city’s top shopping destinations.

Retailers and merchants have been encouraged to adopt innovative models to promote products and attract shoppers. A night time economy has been encouraged and museums, eateries and bookstores have agreed to extend opening hours.

The district promoted several warm-up events at the end of April, which will climax in May and last until June.

A series of food festivals will be held in several of the district’s popular commercial complexes. At the Bailian Zhonghuan Shopping Mall, customers and foodies can try some signature dishes and snacks at its multiple popular eateries. Discounts and coupons will be available in May to encourage customers to buy these speciality dishes.

One of the highlights is an imported food festival, which will be held at the Metro Zhenbei branch. About 300 food items imported from abroad will be sold together with local produce. They include imported cold cuts, red wine, steak, fish, shrimp and milk. Many of the products are making a festival appearance for the first time, such as Spanish ham, French sausage and Italian ham slices.

The Suning Carrefour sold some imported products at last year’s second China International Import Expo with discounts. A popular wine brand from France, for example, is offering customers a 100-yuan (US$14.12) discount when they buy a bottle of wine worth 199 yuan.

Some time-honored eateries and wanghong (Internet celebrity) will be exhibited at the Gaoling Market on May 17. Hosted by the city’s commercial association, the event will be listed as one of the city’s three snack festivals.

A new dining and entertainment street will be unveiled along Meichuan Road, where unmanned retail supermarkets and intelligent restaurants will be launched.

Furthermore, many night markets will be unveiled across Putuo to stimulate the city’s nightlife economy.

Themed events will be held at the Zhenbei branch of Red Star Macalline, China’s leading home furnishings mall. Many home decoration and furniture promotions are being held to encourage locals to refurbish their apartments.

Haier Smart Home Co will hold a series of events about intelligent home today. Home decoration experts will be available to give public speeches at roundtable forums and for livestreaming to discuss smart appliance and home decoration trends.

As the main site for the Shanghai Auto Festival, Meichuan Road and Hipark Street are presenting the annual automobile festival’s opening ceremony, a press conference for new vehicles and various car exhibitions and promotion events.

To boost travelers’ enthusiasm, LEGOLAND Discovery Center Shanghai is hosting some events and classes themed on Detective Comics’ hero characters in May, while the Changfeng Park and the Changfeng Ocean World are offering new attractions for visitors.

Global Harbor Mall, the largest and one of the most popular downtown shopping malls in Shanghai, has launched a cherry blossom festival as a warm-up for the shopping frenzy. The mall has been decorated with various species of flowers, which will be popular for shutterbugs.

From May, mall customers can buy a shopping coupon with a 20-percent discount and get a 100-yuan reward after spending 100 yuan at several designated stores.

Customers can also taste new dishes and get a gift package inside the mall’s main hall. Coupons, experience tickets, gifts and crane machine coins are included in the packages. 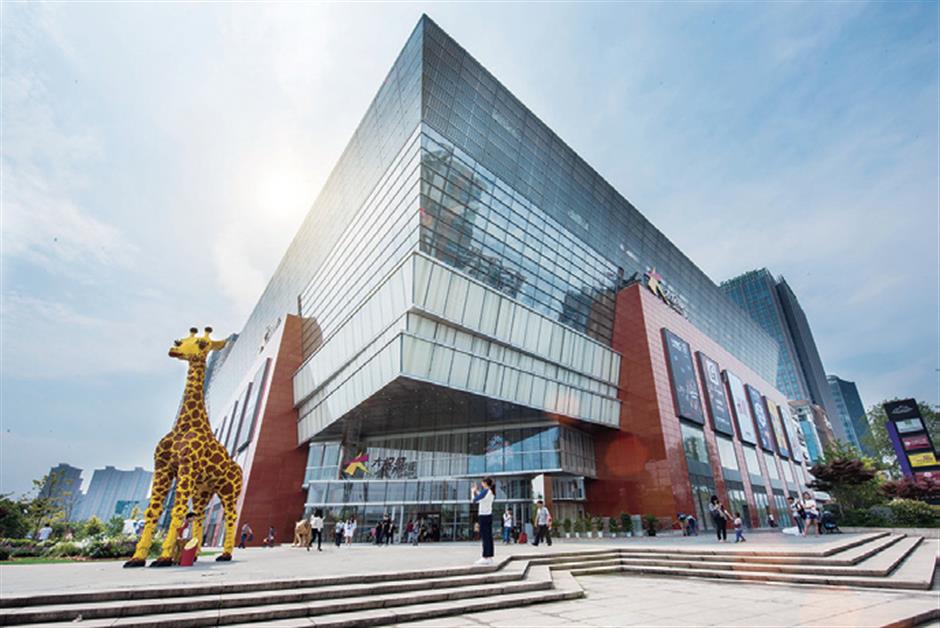 During the Labor Day holiday in May, visitors are invited to celebrate Chinese New Year again, an event that was spoiled by the late-January COVID-19 outbreak.

The Global Harbor Mall as well as the neighboring Hyatt Regency hotel and Yuexing furniture store are jointly launching a micro tourism event, where participants will be guided to experience a local shopping and dining lifestyle.

Elsewhere in Putuo, the Changfeng Joy City Mall will unveil a sea of flowers covering over 1,000 square meters, along with donations and pet adoption events to create a festive atmosphere.

Joy City is selling 100-yuan shopping coupons for 69 yuan each, while Bailian Zhonghuan is giving away a 100-yuan coupon to those who have spent 99 yuan at the mall.

The festival’s entertainment section features a photo competition at the 189 Shopping Center, various parent-child events and functions to celebrate Mother’s Day, which falls on May 10 this year.

The ongoing flower festival at the Global Harbor Mall will climax in May when a shower of cherry blossom petals will be released at the B2 central plaza of the mall. Additional green plants and flowers have been placed across the mall as a symbol of spring and hope that the virus will finally disappear soon.

To ensure the smooth operation of the festival and customer safety, the district government has established an organizing committee to coordinate with governmental bodies, malls and companies. 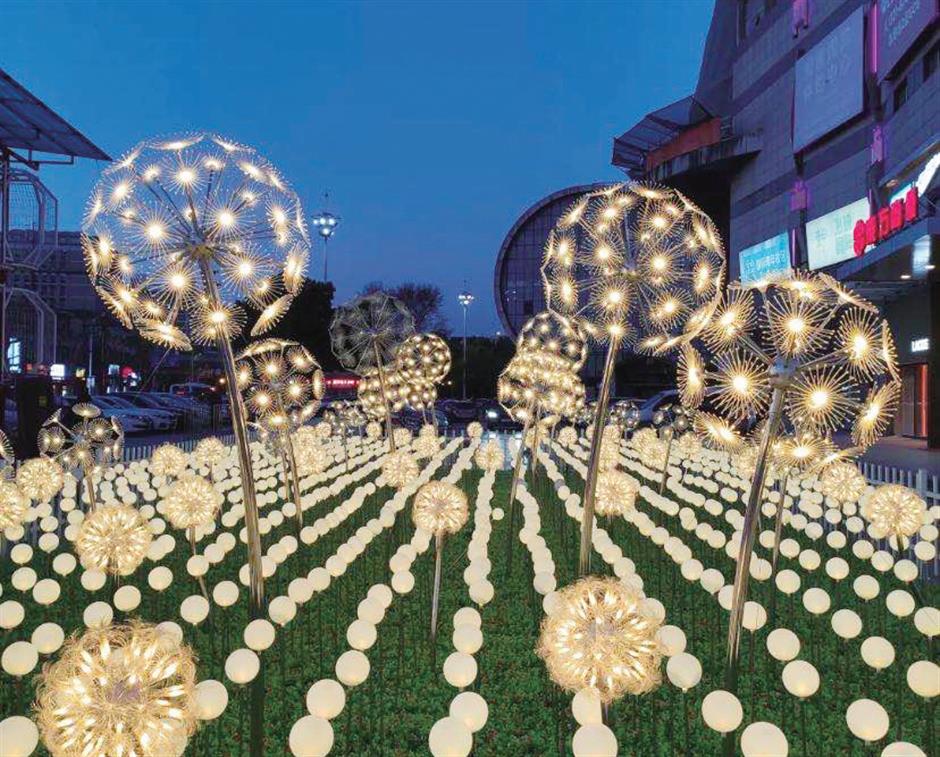