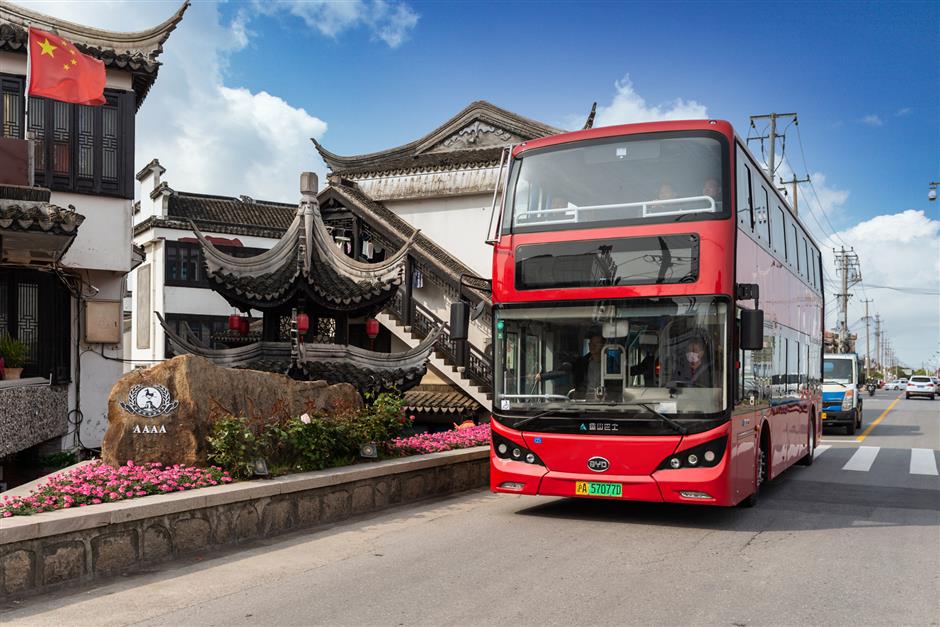 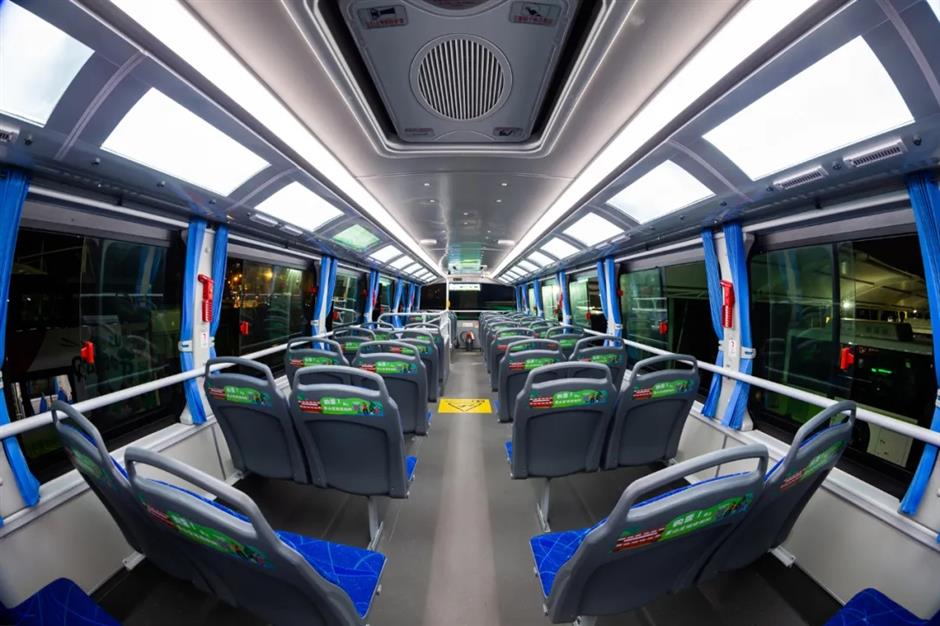 The inside of the double-decker sightseeing bus

The electric tour bus has 48 seats, and the service has two lines. One runs between Yingwuzhou Ecological Wetland Park and Langxia Ecological Garden, covering 37 kilometers and taking about 85 minutes for a single trip, the Jinshan District Culture and Tourism Administration said.

It has five stops such as Jinshanzui Fishing Village, the city's only remaining fishing village, and Jinshanwei station. Six round trips are scheduled daily.

The other line covers about 30 kilometers and runs between Wufu Plaza near Donglin Temple and China Peasant Painting Village, with six round trips scheduled daily, according to the administration.

It has three stops — Fengjing ancient town, Jinshan North Station and Huakaihaishang Ecological Park — and takes about one hour for a single trip.

A daily pass costs 20 yuan (US$2.82) with unlimited rides in a day. Tickets can be purchased on the bus, via Jinshan's official tourism app Jinshan Quanyu Luyou, or online tourism platforms like Trip.com and Meituan, according to the administration.

Jinshan District souvenirs and specialties are also available for sale on the buses. 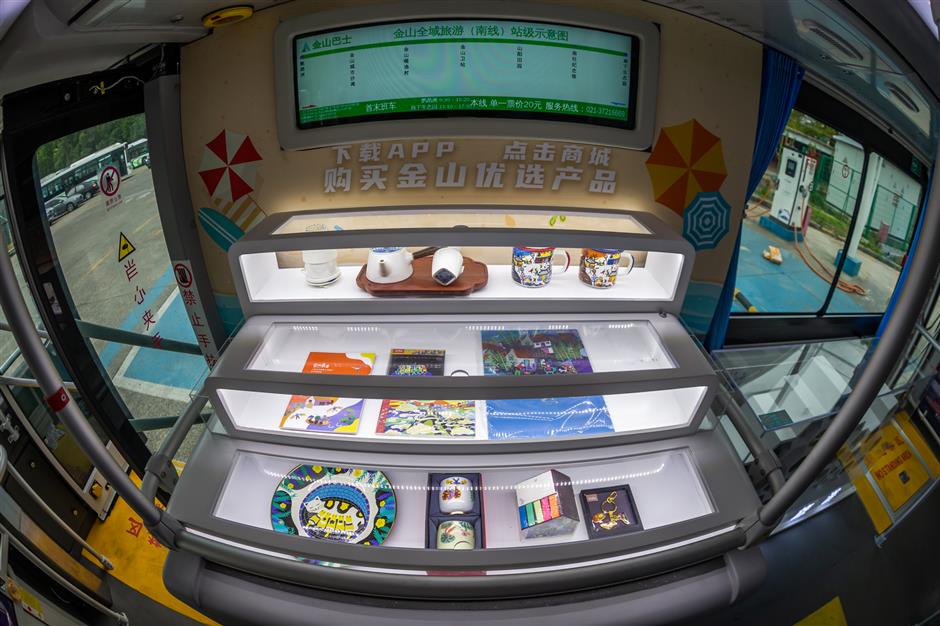 Jinshan District souvenirs and specialties are available for sale on the bus. 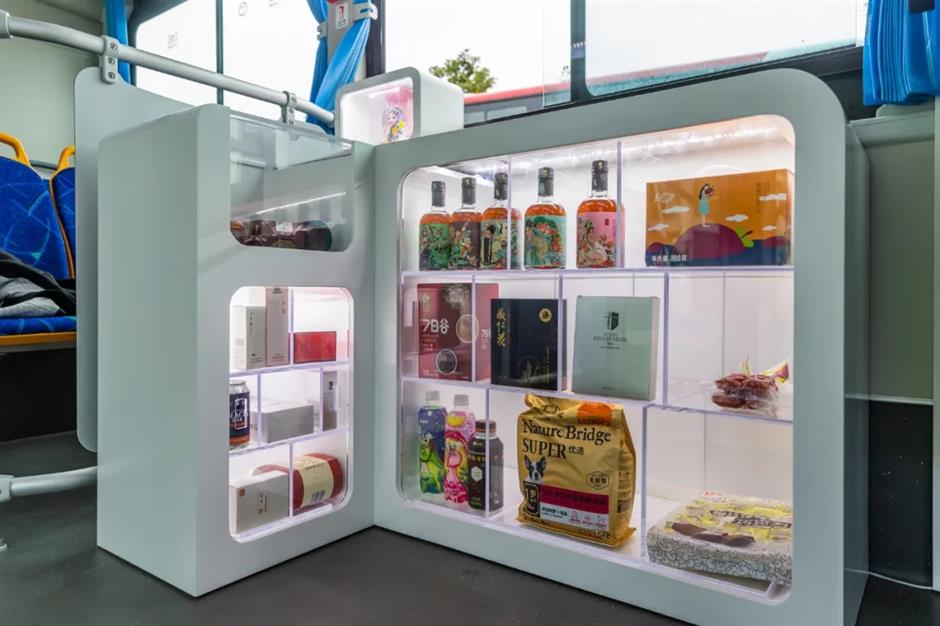