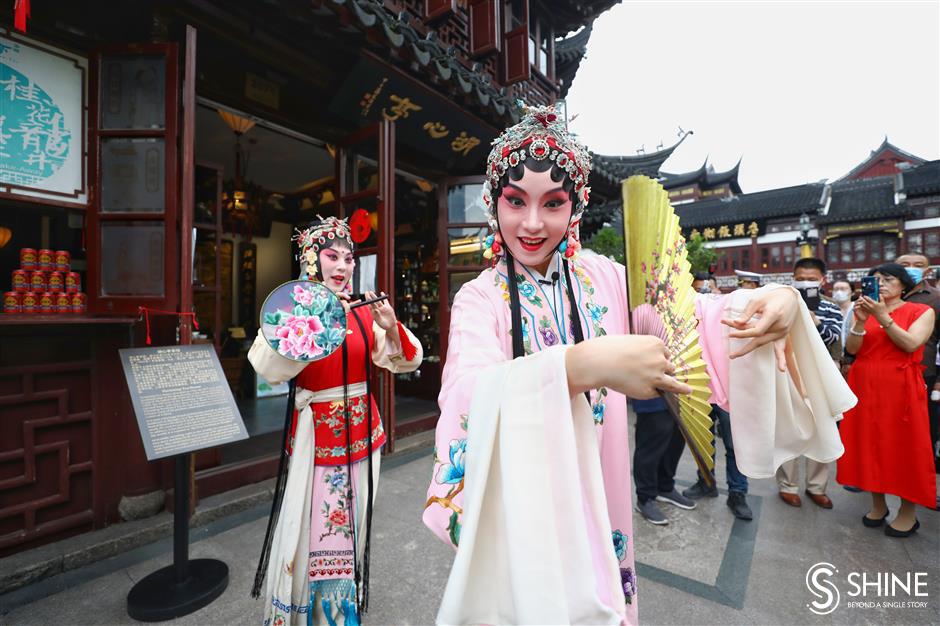 Yuyuan Garden Malls are hosting exhibitions and performances by local artists over the weekend in a bid to bring customers back after the disruption caused by COVID-19.

Leading artists from around 20 local theaters and troupes, including Shanghai Grand Theater, Shanghai Concert Hall and Jazz at Lincoln Center Shanghai, will present outdoor concerts, dances, traditional Chinese opera, talk shows, magic shows and musicals at every corner of the malls in downtown Huangpu District on Friday and Saturday.

The event organized by Show Life, a Huangpu-based theater and art performance zone, is a warm-up for the future reopening of theaters and performance venues, a Huangu official said. It will also help to restore the popularity of the iconic malls.

Local art and cultural performances and activities have been suspended since the novel coronavirus outbreak in late January. As the pandemic wanes in China, the State Council has released a guideline for the gradual reopening of theaters and other indoor cultural venues. 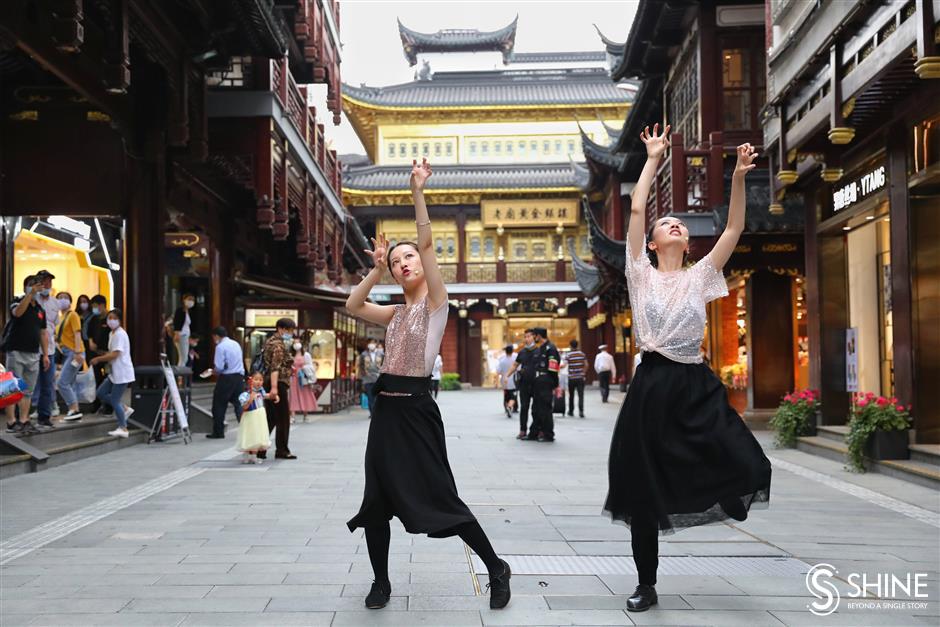 Two artists perform at the Gold Plaza on Friday.

On Friday, Dong Xinxin and Yang Yue'er, two young performers with the Shanghai Yueju Opera Troupe, presented the classic Yueju Opera “The Butterfly Lovers” on a boat near the iconic Zigzag Bridge.

Singers from Shanghai Culture Square staged a musical show at the Gold Plaza, while jazz music and dances by performers from Jazz at Lincoln Center Shanghai were at the Central Plaza.

There were also livestreams of the shows during which time-honored brands and popular eateries were promoted.

Meanwhile, an exhibition of household products from the old days is at Wenchang Mansion in the malls. 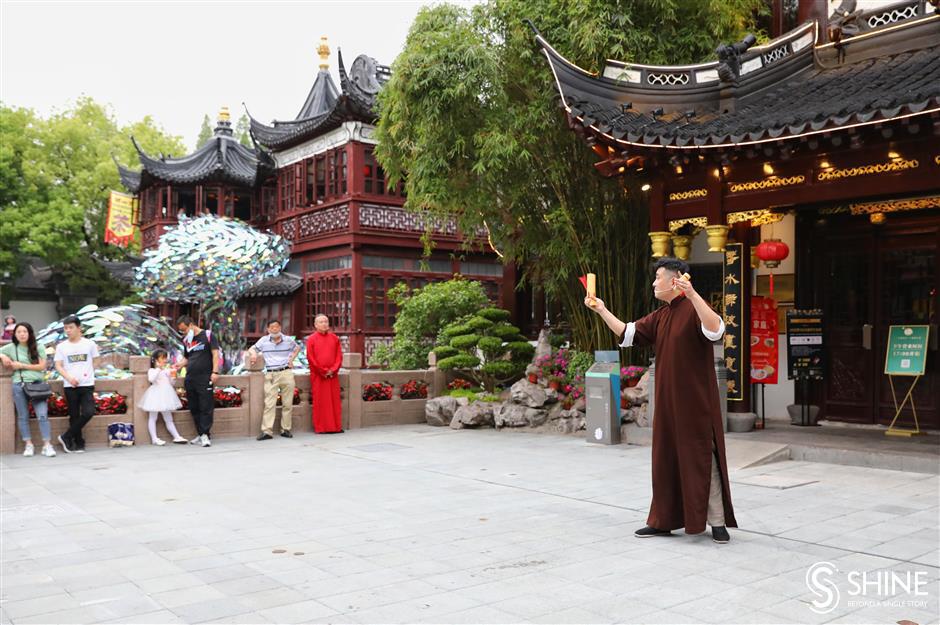 An artist performs a clapper talk show in front of the Lu Bo Lang Restaurant.

As part of the Family Day event of Shanghai-based conglomerate Fosun, owner of the malls, there will be a series of events to attract families to visit the exhibitions, performances and various activities till the end of the month.

The “A Glimpse of Homes in Shanghai” exhibition showcases locally made products from the past, including furniture, bikes, bowls, cups, mirrors, clothes, candies, magazines, calendars, television sets and fridges.

A total of 393 artifacts from local museums and donations from the public are being displayed. They were arranged in three bedrooms to restore the typical layout of local houses in the 1920s, 50s and 80s.

"The exhibition of old products will remind people of Shanghai’s traditions and encourage the city to continue to pursue the goal of creating brands of great fame,” said Zhu Hong, director of the public education department of the Collection Museum of Shanghai Modern in the Pudong New Area, organizer of the exhibition.

Visitors are invited to touch the exhibits to feel the warmth of the local lifestyle, Zhu said.

As a highlight of the exhibition, some classic Shanghai-brand watches are on display along with the antique instruments used to assemble and inspect the watches. 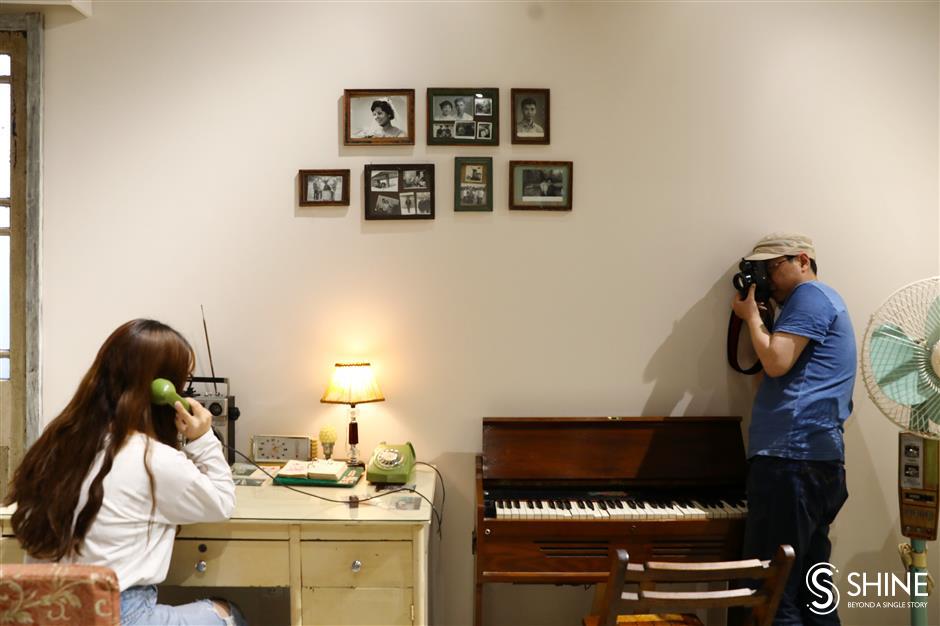 A visitor poses for a photograph at an exhibition of household products from Shanghai's past at Wenchang Mansion.

"I'm happy to see the time-honored brand has become well-known across the globe," said Zhang Jiyao, a retired technician with the Shanghai Watch Industry Co.

"We used to have only several designs, but now the brand has also high-end and luxury products," said Zhang, who worked in the company between 1959 and 1998. He was invited to see the exhibition on Friday.

During the monthlong Family Day event, Yuyuan Inc plans to invite 515 families whose members were on the frontline of the fight against COVID-19 to visit the exhibition and take family photos.

Popular Yuyuan eateries, such as the century-old Nanxiang Steamed Bun Restaurant, the Shanghai Classical Hotel which opened in 1875, Chunfeng Songyue Tower, the oldest vegetarian restaurant in Shanghai, and Ningbo Sweet Dumpling Restaurant will offer bonuses to the city's heroes.

The dining and shopping facilities near the historic Yuyuan Garden originated from a prosperous market at the City God Temple some 140 years ago. There was a sharp decline in visitors due to the pandemic.

With the city well on its way to containing the virus, popular eateries and businesses have reopened with strict prevention measures. 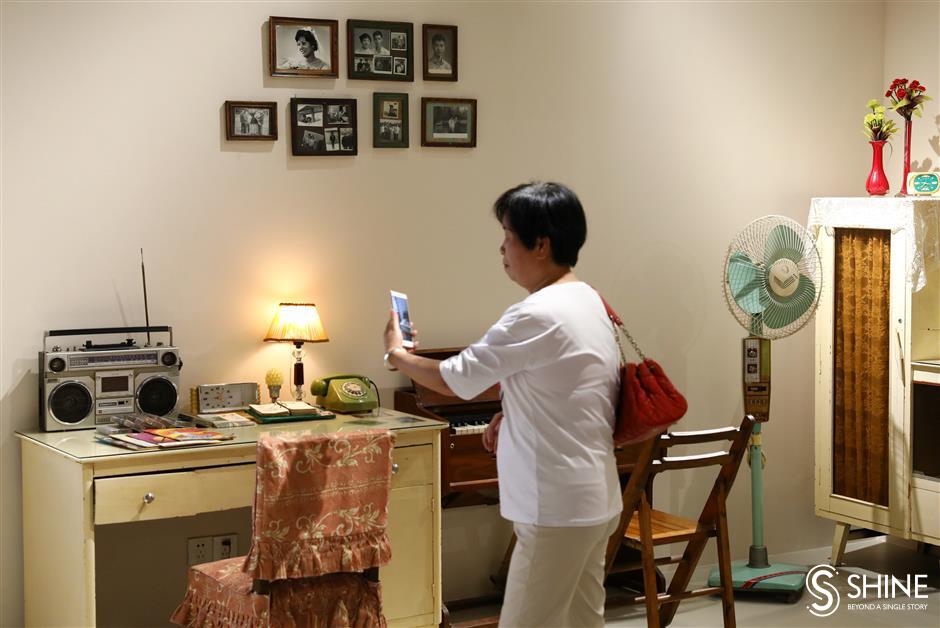 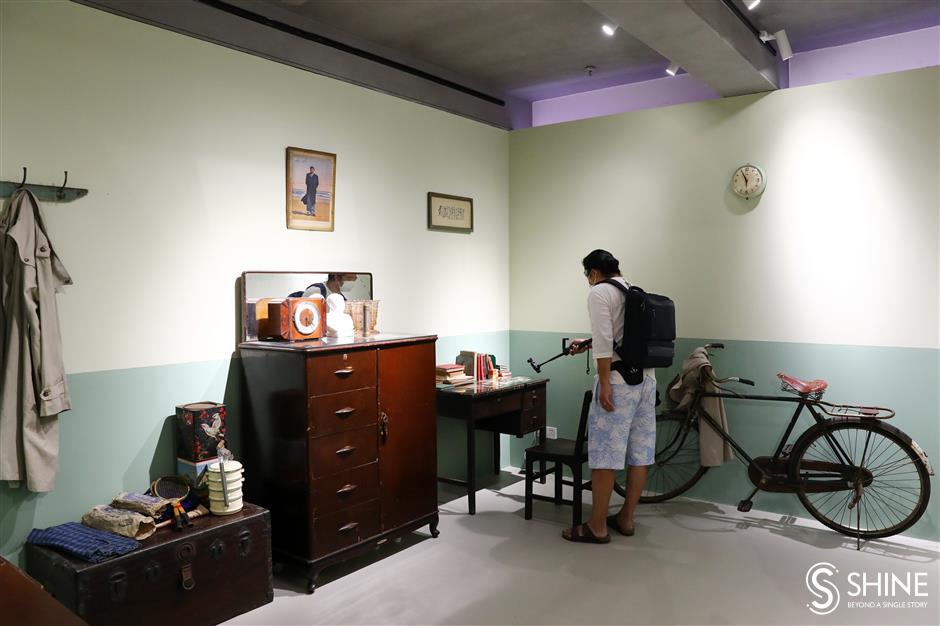 A visitor takes a photo at an exhibition of household products from the old days at Wenchang Mansion. 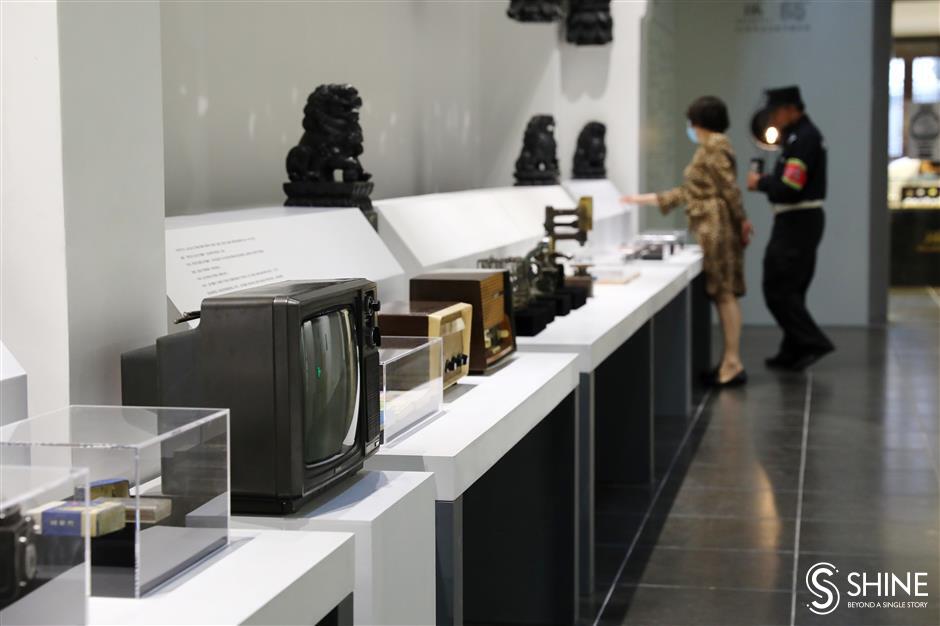 Local electric appliances that were popular in the past are on show. 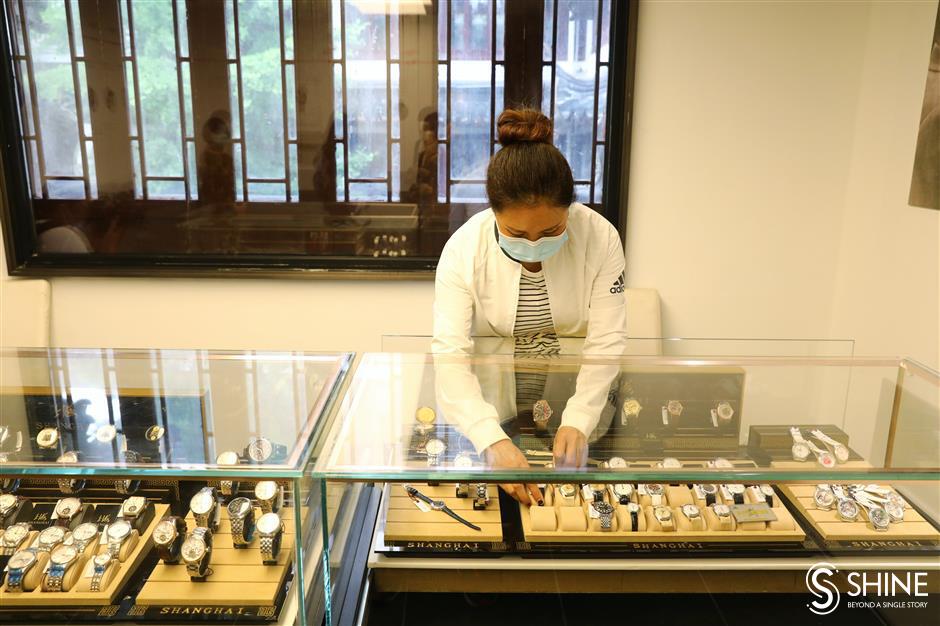 A display of Shanghai-brand watches