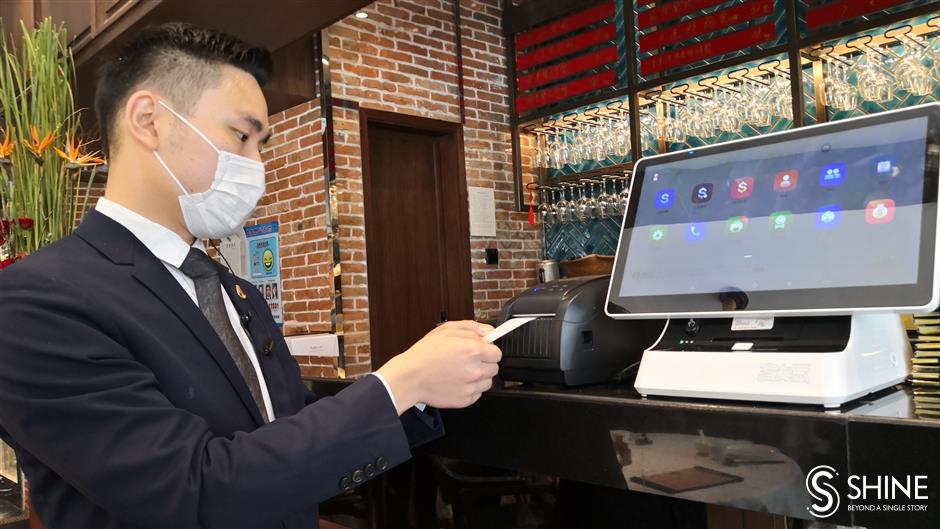 Authorities in Xuhui District are promoting updated food-safety seals for takeaway and online-delivery orders among dining businesses as a new measure to enhance food safety, officials announced on Friday.

The seals aim to prevent contamination during delivery and were first launched in 2018 in the city.

As such seals are not mandatory and cost concerns hinder the willingness of some eateries to use them, the Xuhui District Administration for Market Regulation began looking for ways to simplify the scheme.

Rather than printing separate order receipts and safety seals, the new ones are a combination of the two.

"The new ones are both time- and cost-efficient," said Fu Rongjun, deputy director of the administration.

The new seals also bear QR codes, allowing consumers to access information on their order by scanning the code with their smartphones.

"The QR code will enable customers to obtain more information, such as the temperature of cooks and delivery persons, the licensing information of catering businesses and their hygiene ratings, and allow them to trace food information," said Fu.

The seals are being jointly trailed by Alibaba's food delivery platform Ele.me, lifestyle service unit Koubei and Bank of China. About 1,000 terminals for the updated seals are being distributed free of charge to dining businesses in Xuhui District.

Trials are underway at six big business areas such as Metro City and Xuhui ASE Mall which contain a large number of restaurants, the administration said. Later the trials will expand throughout the district and gradually cover supermarkets and fresh food sellers, say authorities.

In one case, a deliveryman in Shanghai was captured by an elevator camera opening a meal, eating some of it and then spitting it back in the container before delivery.

The design of the seals prevent them from being used again once torn off, thus lowering the possibility of food being opened during delivery, authorities said. It also makes the responsibility of eateries and delivery persons clear if an order is found to be contaminated, they said.

If abnormal items are found in the food, the stickers can help determine whether catering businesses or delivery staff should be blamed.

Food-packaging seals are currently used by about 20 percent of catering businesses in the district so far.

"There are bottlenecks and obstacles in promotion because it is not compulsory and cost is also a factor," said Fu.

The Loong Dock Crab House, an eatery in Xuhui District, is among those using the new seals.

"In the past, we had a staffer packaging food for delivery exclusively, but now the seals can be pasted during order printing at the same time, which saves human resource and cost," said Guo Mingming, director of the restaurant. 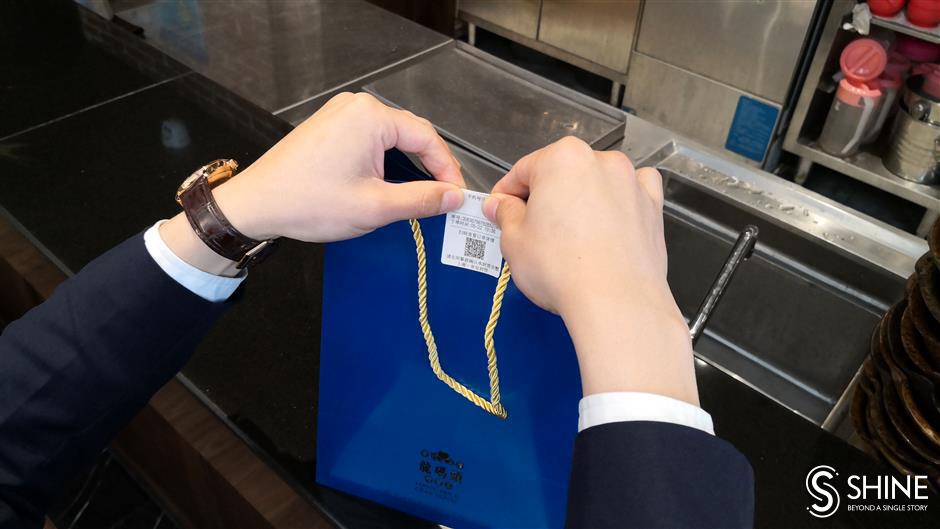 A restaurant staffer wraps packaged food with the new seal.