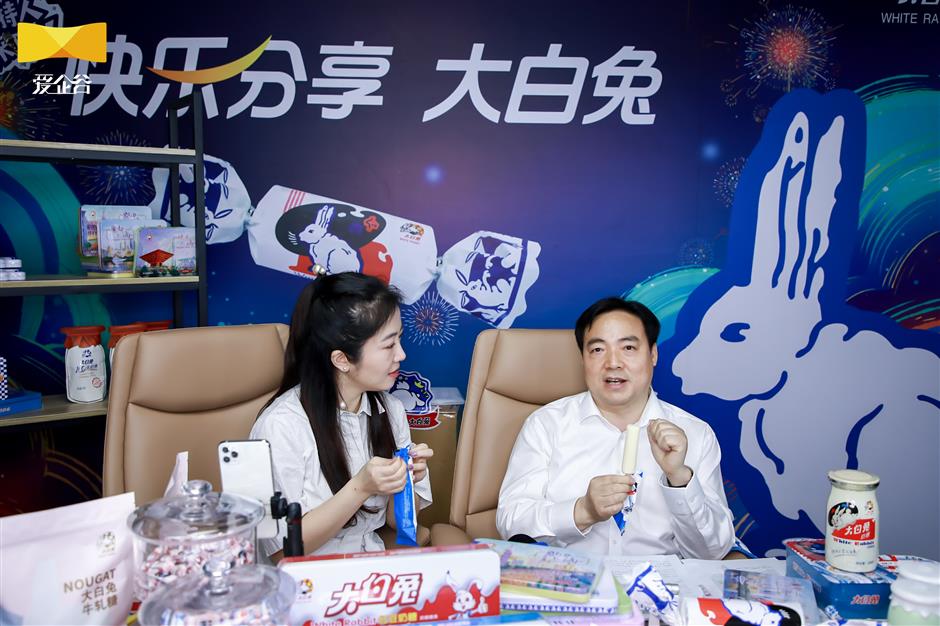 The Party secretary and director of Fengxian District made their livestream debuts on Wednesday at the start of a two-day festival to promote local products.

The festival, the first of its kind in the district, features over 100 wanghongs, or online celebrities, from home and abroad.

Zhuang Mudi, Fengxian’s Party secretary, helped sell White Rabbit candy and ice cream for Shanghai Guanshengyuan Food, which is based in the district.

“It tastes the same fragrant and sweet as in the memory of Shanghai people,” Zhuang told his online audience.

She cooked a classic Shanghai dish of stewed pork with brown sauce.

“The cuisine smells better after using the dingfeng products…the old brand is reliable,” Guo said during the livestream .

The livestreams were broadcast on various online platforms such as Taobao, Pinduoduo and Douyin, attracting thousands of viewers and buyers.

Other district officials hosted livestreams and use their expertise to attract an online audience along with celebrities, opinion-makers and business executives on Wednesday afternoon.

Over 100 products of 60 brands, mainly time-honored local cosmetic and food products, are being promoted during the festival.

“The festival is expected to drive that trend and help businesses greatly affected by the coronavirus outbreak,” said Gu Yi, Fengxian’s deputy director.

Gu’s livestream mainly promoted a new office building at the newly launched IQ-Valley innovation park on 3358 Pingzhuang Road W., where the festival is being held.

Fengxian aims to develop the IQ-Valley innovation park at 3358 Pingzhuang Road W. into a center for the wanghong economy in Shanghai and Yangtze River Delta region. The park features full 5G coverage and a smart office building management system.

Over 30 studios suitable for livestreams have been created at the park that can be leased for 500 yuan a day.

"The largest scale online promotion event in Fengxian is expected to support the small and medium size enterprises who are grappling with sluggish business amid the COVID-19 pandemic," Gu said.

Meanwhile, Fengxian has launched the district's first nightlife food street. A three-month food festival will have 35 food carts selling authentic local rural flavors and dishes from around the world.

Gu offered food festival coupons worth 400,000 yuan during his livestream.

The food street will operate between 11am and 11pm and feature street performers, fashion shows and exhibitions of local heritage skills. A shuttle bus will take residents from nearby Nanqiao Town to the site every day.

The event is being held at Oriental Beauty Valley, a business hub specializing in cosmetics, bio-medicine and the health sector.

The valley has attracted some 100 cosmetics companies, including American brand Nu Skin and South Korea’s Cosmax, as well as local brands. It accounts for more than 40 percent of the total value of the city's cosmetics industry. 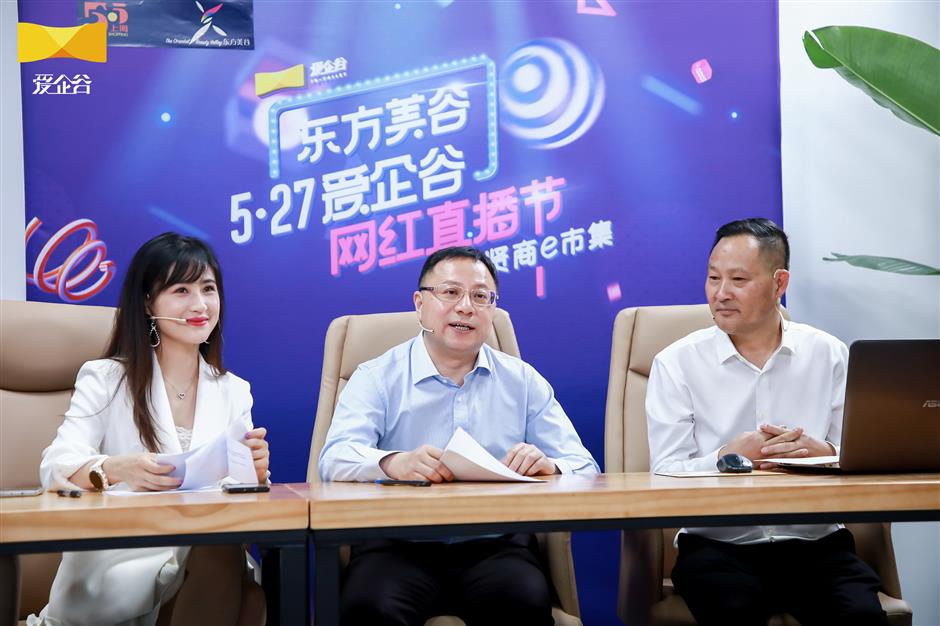 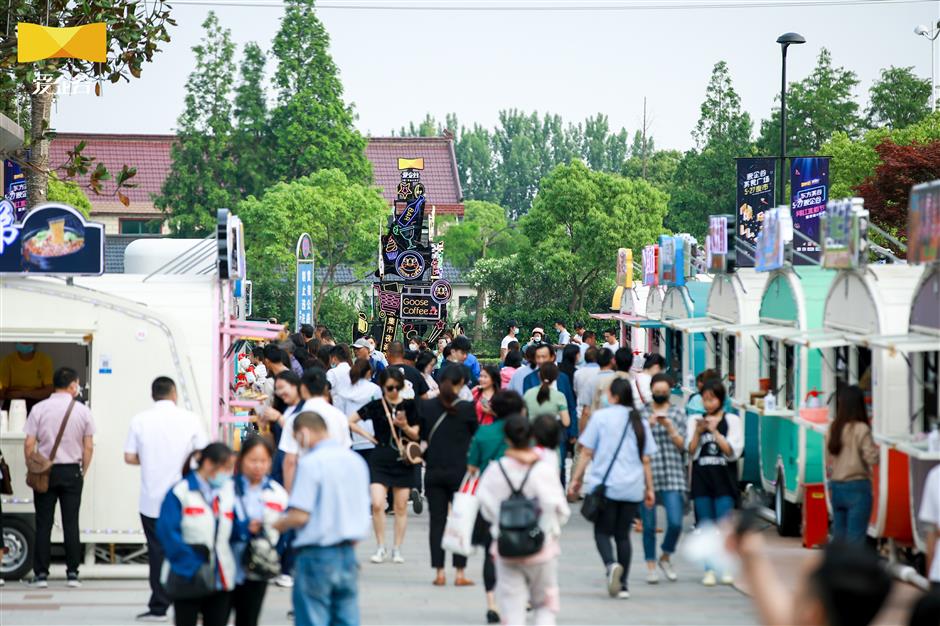 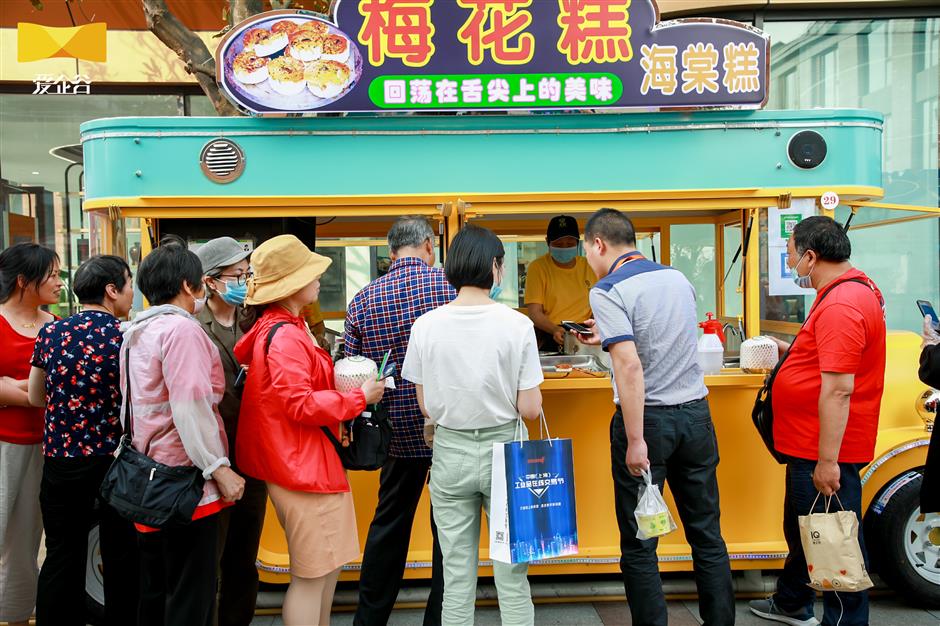