FamilyMart in trouble over 'pornographic' ad 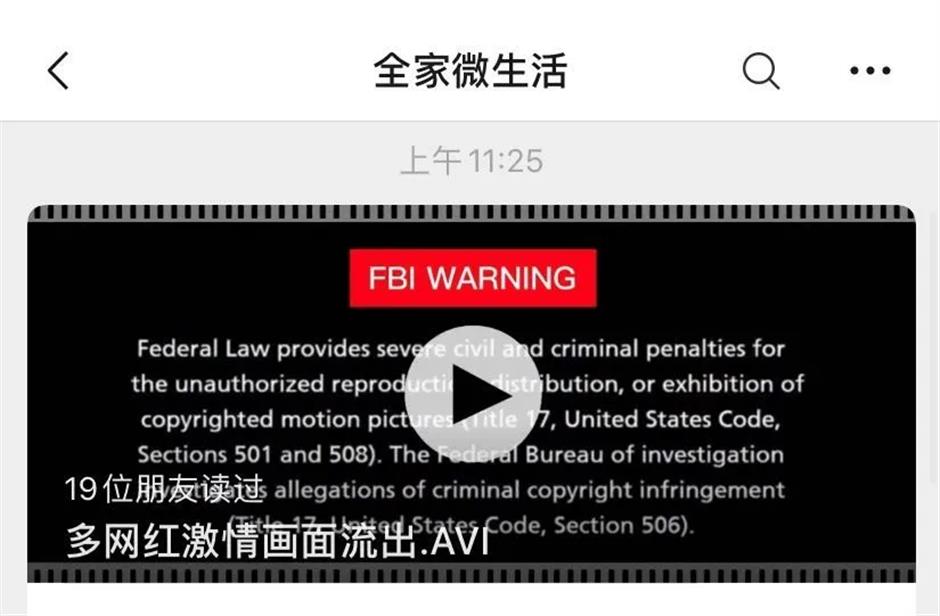 The screenshot attached to the FamilyMart ad.

Shanghai's market watchdog is investigating the Shanghai company of FamilyMart after an advertisement on its WeChat account implied pornographic content.

A headline on the ad reads: “Leakage of passionate pictures of wanghong.avi,” with a screenshot commonly seen on pornographic videos attached, which triggered a buzz on the Internet. Wanghong refers to Internet celebrities.

The headline has obvious sex implications and promotes vulgar content, which is against social morality, the Shanghai Administration for Market Regulation said.

It has ordered the company to make immediate corrections and raise its awareness of the law.

The actual content of the ad was promoting ice cream and it quickly gained over 100,000 views when it was released, triggering complaints at the same time.

The ad has been deleted and the company has apologized.