The city’s transport commission launched a monthlong campaign on Wednesday to raise awareness of safe construction of transport projects.

The campaign aims to introduce knowledge of safety to transport workers, during which experts within the industry will be invited to deliver online lessons and public lectures on production safety. Inspections will also be carried out this month to prevent accidents.

The launch ceremony was held at the construction site of Huajing Station between Xuhui and Minhang districts.

The ongoing construction of Huajing Station, which started last December, is one of the toughest railway projects in Shanghai in recent years.

Covering an area of 18,000 square meters, the foundation pit is divided into four sections, with a maximum excavation depth of 44 meters.

According to builder Shanghai Tunnel Engineering Co, a smart safety managing system has been developed to detect hidden dangers for underground construction through risk prediction analysis and real-time guides.

Automatic detection of fire and high temperatures, as well as dust-proof spray equipment, has been installed to ensure on-site safety.

The four-story underground structure will be a major transport junction for the Airport Line, Metro lines 15 and 19 (in planning).

The Airport Line will be the second railway route connecting the city’s Hongqiao and Pudong airports (besides Metro Line 2). It will reduce travel time between the hubs to less than 40 minutes after its expected completion in 2024.

Metro Line 15 will be a north-to-south link across the city, passing through Baoshan, Putuo, Changning, Xuhui and Minhang districts. 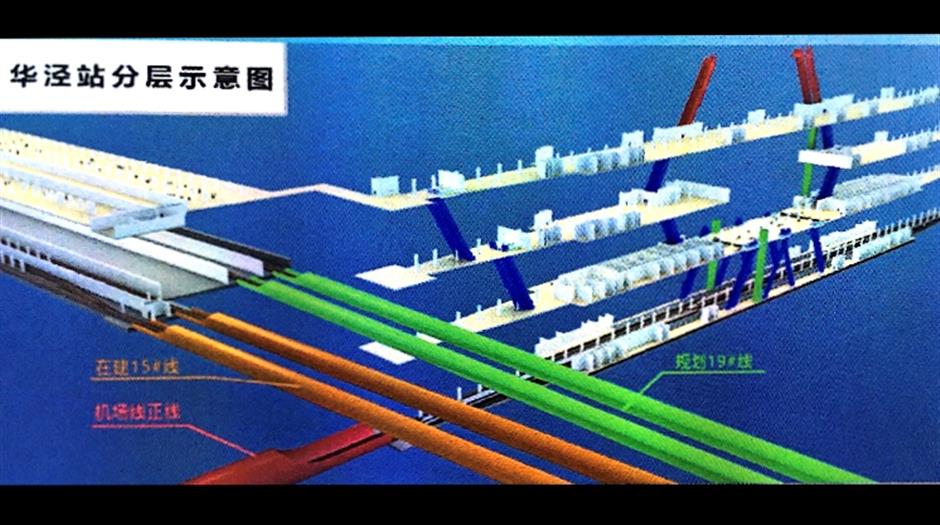 Huajing Station, with a four-story underground structure, will be a key transport junction for the Airport Line, Metro lines 15 and 19 in the future.

An emergency rescue container on display at the launch ceremony of the safety production month. 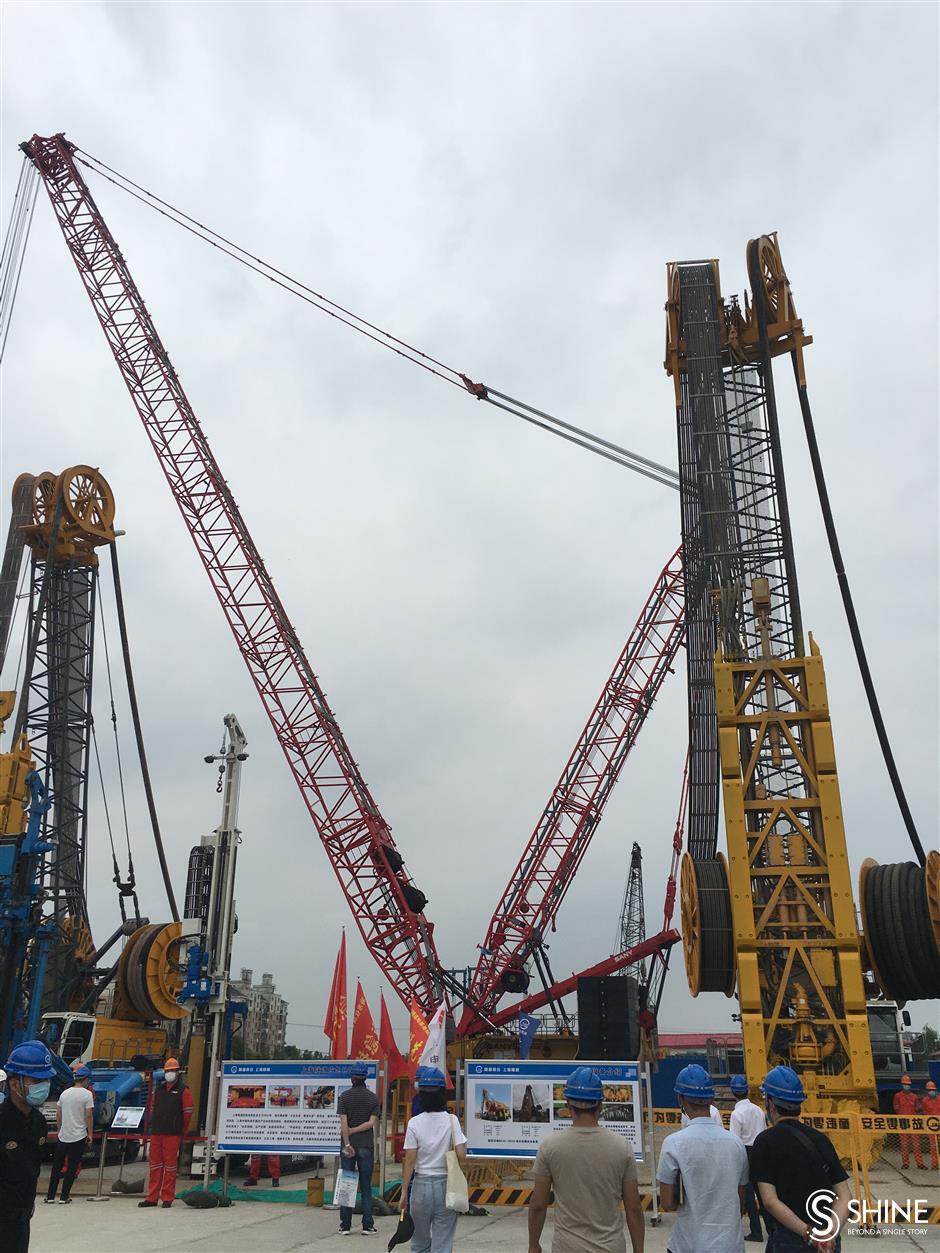 Geotechnical drilling rigs on display at the launch ceremony of the safety month.