A visitor browses part of the archives collected from the second CIIE on Friday.

Thousands of pieces of archival material related to the second China International Import Expo (CIIE) were handed over to the Shanghai Archives on Friday to join its permanent collection.

The gathered records include 8,977 documents, over 10,000 photos, 711 videos, 52 voice records and 239 artifacts related to urban services supporting the event. These are collected in both physical and electronic formats.

The second CIIE was held between November 5 and 10, 2019, at the National Exhibition and Convention Center. During the event, US$71.13 billion worth of tentative deals were reached for one-year purchases of goods and services. This amount was up 23 percent from the first CIIE in 2018.

Participants from 181 countries, regions and international organizations attended the expo, and more than 3,800 enterprises participated in its exhibitions. 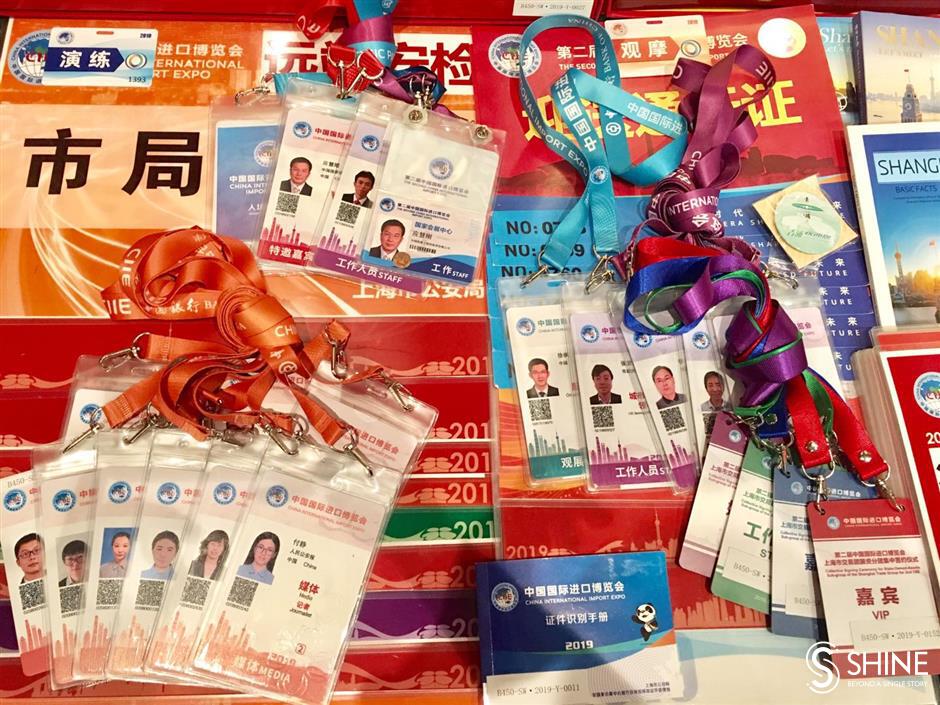 Certificates of CIIE participants, staff and journalists are among items collected at the Shanghai Archives.

The archived materials were collected from over 80 government bodies, companies and media, including Shanghai Daily, Shanghai Television Station and Shanghai Morning Post. The collection records urban services and supportive work during the event.

The collection reflects an important part of Shanghai's urban development and urban history, said Xu Weiwan, curator of the archives. The organizer of the CIIE had been collecting the materials while preparing for the event.

The collection will be available to government bodies and companies for reference to improve the annual event, according to the archives.

The second CIIE, under the theme of "New Era, Shared Future," attracted more than 500,000 domestic and overseas buyers.

More than 1,000 exhibitors worldwide have signed up for the third CIIE, scheduled to be held in Shanghai again on November 5-10, occupying 60 percent of available exhibition space. 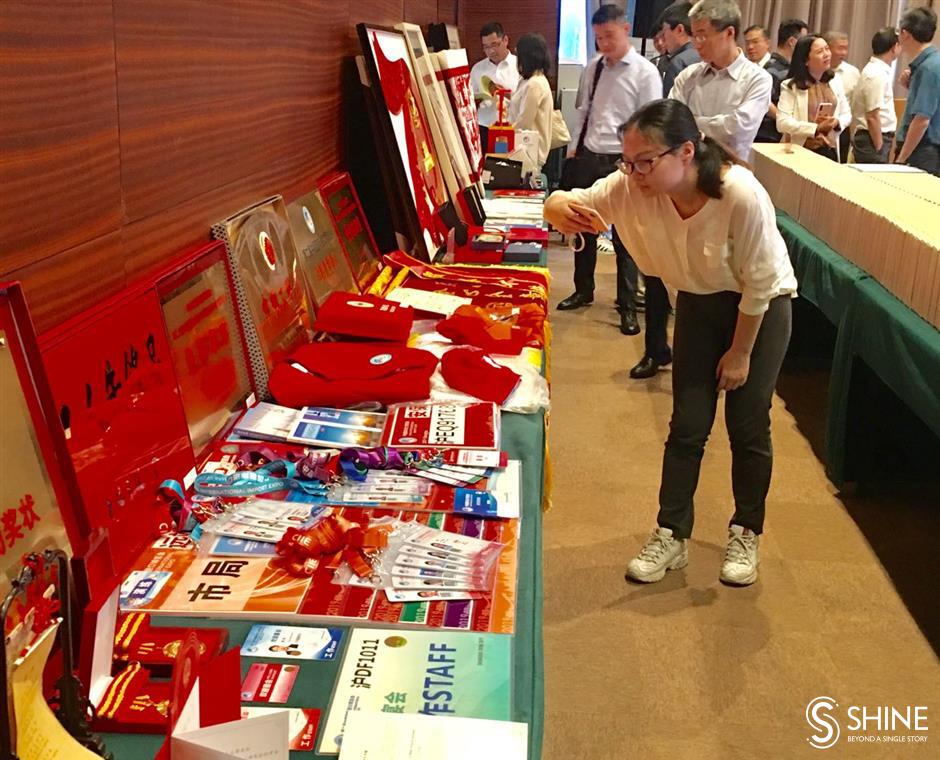 A visitor takes a photo of archival materials collected from the 2nd CIIE. 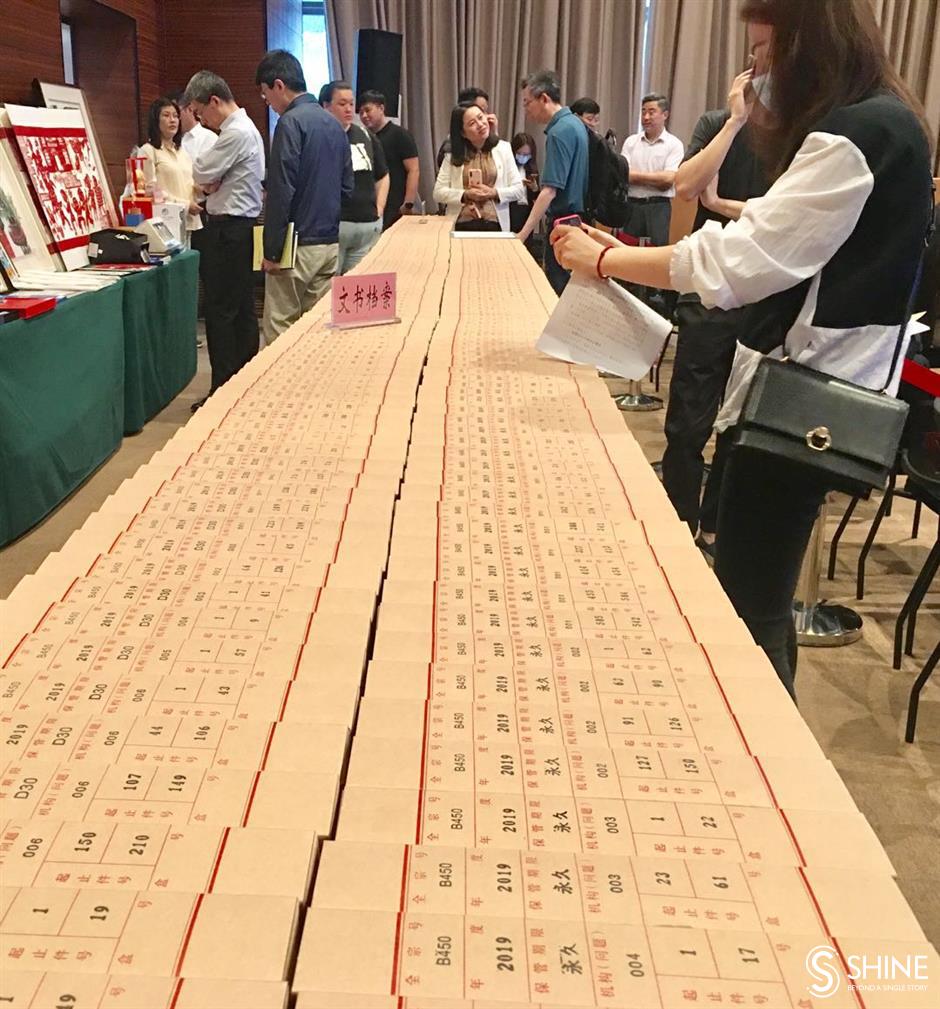 The archives for the second CIIE include 8,977 pieces of documents.