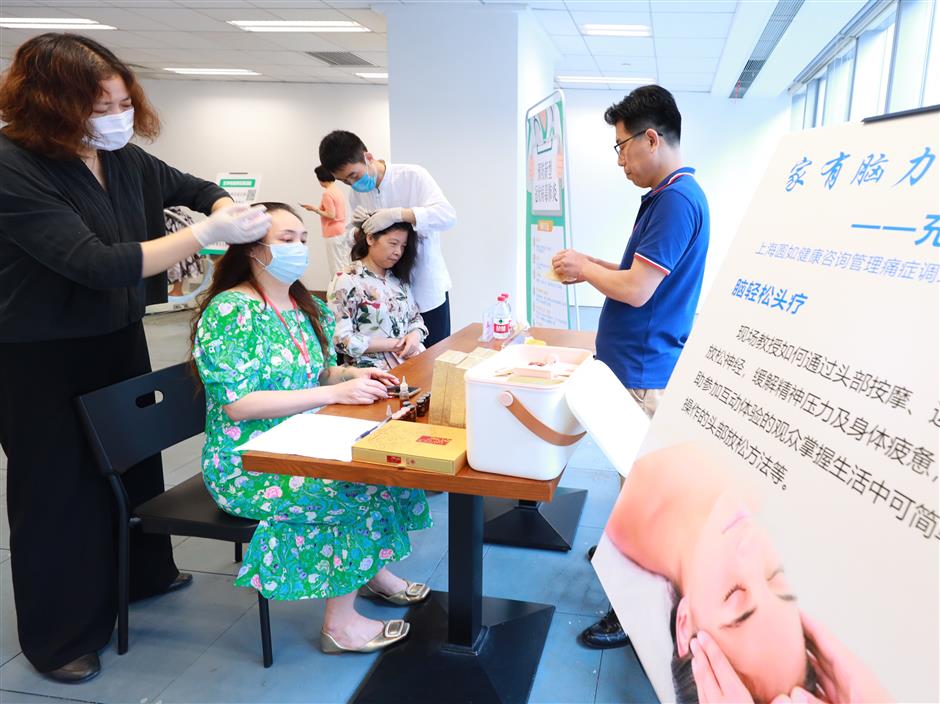 Office workers get head massages during their lunch break.

People learn how to decorate their balconies with plants.

Balcony gardening, TCM health counseling and paper-cutting displays are part of a monthlong event in a Jing'an subdistrict which aims to foster a lively community atmosphere.

A variety of activities were offered this week at Century Park Jing’an, an office building on Hengfeng Road, which opened the curtain on the event organized by Tianmu Road W. Subdistrict.

Office workers spent their lunch break getting free head, neck and shoulder massages, while senior citizens living in nearby neighborhoods learned about herbal therapies and how to decorate their balconies.

According to subdistrict officials, they surveyed local people on their interests and planned projects accordingly. Health was a big topic of interest, and TCM doctors and health experts were invited to offer their services.

Besides, more enterprises have joined in the subdistrict’s public welfare affairs recently. Rather than just offering donations, their involvement in local affairs can help the community grow better.

Under the plan, Japanese cosmetics company Kao will hold several free lectures in the latter half of this year, teaching children how to wash their hands properly and women how to take care of their skin.